Wegmans is a family-owned regional supermarket chain based in Rochester, NY, with more than 80 stores in the eastern U.S. The company was ranked the best large U.S. grocery chain by Consumer Reports in 2012. 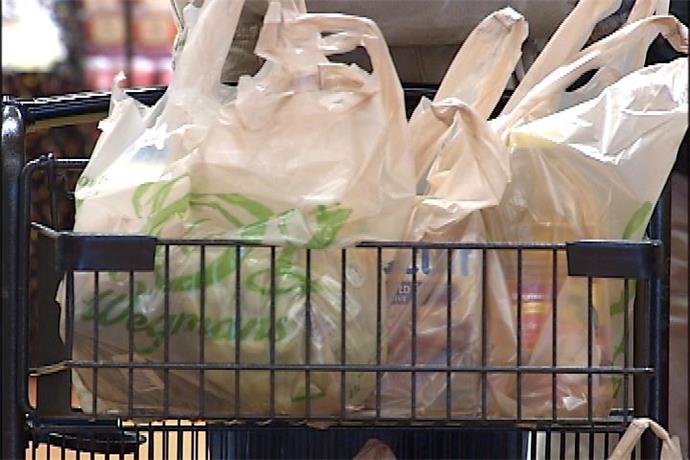 "From plastics recycling to greener store designs, Wegmans' commitment to sustainability is widely recognized," said Shari Jackson, director of FFRG. "As the first retail grocer member of the Flexible Film Recycling Group, the company will have valuable insights into programs to increase the recycling of plastic bags and wraps."

"Recycling of plastic bags and film is one effective way to address environmental concerns," said Jason Wadsworth, sustainability coordinator for Wegmans. "Because of our closed-loop system, bags and film that customers return for recycling at our stores are made into new Wegmans bags, not litter."

FFRG membership represents the polyethylene film value chain, including resin suppliers, film product manufacturers, brand owners and recyclers. FFRG works to increase the collection and recycling of all flexible films and to educate the public about the importance of recycling.

"It's unfortunate," she said. "We who work with the material know of its sustainability value and of its recyclability. We're concerned that those types of initiatives that are put in place can be really harmful to the current collection infrastructure for collecting other films for recycling. It's a very highly recyclable material and should be recycled. We don't want to do anything to discourage that, we want to encourage it, and that's what we are about."

The FFRG has a goal of doubling flexible film recycling by 2017. Jackson said the group is working with retailers for in-store collection of the material.

"It's well established and it's where the best quality of material is being captured for recycling, so that is our focus," she said. "We will look at some of the challenges with curbside collection, but our focus is on the established infrastructure collection with recycling."

The recycling of postconsumer plastic bags, product wraps and commercial shrink film reached 1 billion lb in 2011, a 55% increase since 2005, according to the most recent "National Postconsumer Plastic Bag & Film Recycling Report."

"While this is an important achievement, the FFRG believes more can be done to spur significant growth in plastics film recycling," Jackson said. "This is why we're working so determinedly to help grocers and retailers, which have the critical infrastructure for recycling plastic film, to maximize the collection of this valuable material by sharing tools, best practices and through consistent customer education."

In addition to Wegmans, FFRG members include: