The How2Recycle Label: Coming soon to a package near you 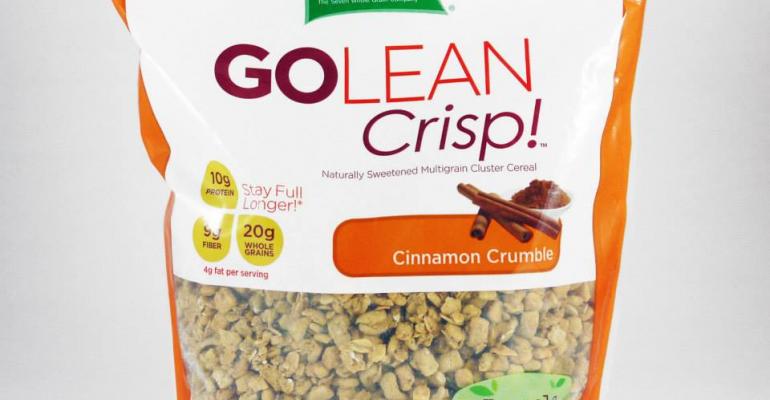 Sometimes the name for a new product or initiative doesn't explain well what it actually offers. This is not the case for the How2Recycle Label, which, as you can tell by the name, aims to offer a straightforward way of communicating to consumers how to recycle packaging.

Sometimes the name for a new product or initiative doesn't explain well what it actually offers. This is not the case for the How2Recycle Label, which, as you can tell by the name, aims to offer a straightforward way of communicating to consumers how to recycle packaging.

This initiative began in 2008 by GreenBlue and its Sustainable Packaging Coalition (SPC) in an effort to reduce confusion by creating a clear, well-understood, and nationally harmonized label that enables the industry to convey to consumers how to recycle a package. The How2Recycle Label program started off with a soft launch and brands such as General Mills, Target and Seventh Generation are now using the label on some of its products. 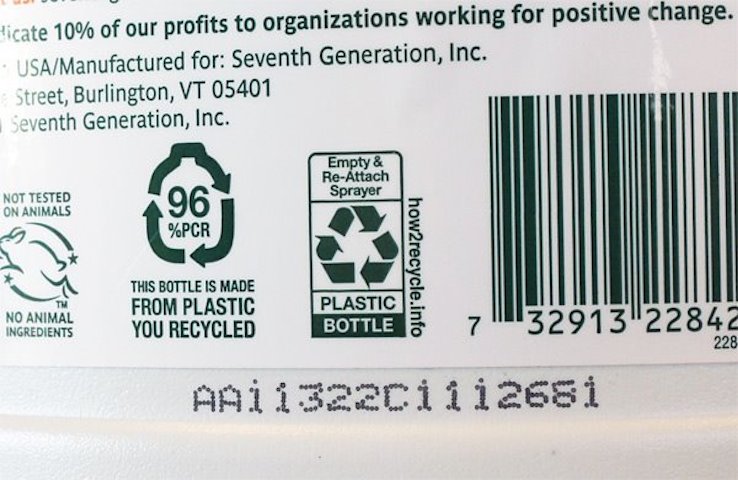 Still, with any new program, especially one that has to do with recycling, there's plenty of questions. As such, the Society of Plastics Industry (SPI) External Engagement Subcommittee invited the Sustainable Packaging Coalition to participate in a webinar to review the ins and outs of this new labeling scheme.

SPI says the new labeling scheme will impact the entire plastics supply chain for packaging. For example, material suppliers need to learn how the label could affect material selection on the part of packaging customers.

So I listened to the webinar, which took place Tuesday afternoon, and here are some of the highlights.

Anne Bedarf, GreenBlue senior manager, presented during the webinar and gave details about what the labels entail. The How2Recycle Label is based on the On-Pack Recycling Label (OPRL) system in the UK and was developed through more than three years of research, consumer testing, and a national effort to collect updated recyclability data in conjunction with industry partners.

With this new system, companies can customize package labels by utilizing up to four available options (with associated icons) including: Widely Recycled, Limited Recycling/Check Locally, Not Yet Recycled, and a Store Drop-off label. Each component of a package will be labeled.

Here's a closer look at the label:

During the soft launch, the group learned several lessons. For instance, the How2Recycle Label is most easily incorporated into packaging for new products or while products/packages are undergoing refreshers or other changes. The How2Recycle Guidance Document is updated annually and identified critical design considerations such as label use with dark colored packaging, eliminating unnecessary or redundant messaging, relocating Resin Identification Codes (RICs) so as to follow both FTC and ASTM guidelines and labeling bottles with full-body shrink sleeve labels appropriately to reflect the issues with its recyclability.

GreenBlue estimates that more than 7,000 stock keeping units carry the How2Recycle Label on more than 100 million packages that are either on shelves or were previously purchased by consumers.

During the webinar, SPC announced that Hilex Poly, a manufacturer of plastic bag and film products, Reynolds Consumer Products and Kimberly-Clark will start using the How2Recycle Label.

For example, if a medium-sized company (with annual revenue between $10 million and $1 billion) were to participate it's estimated the fees would be $4,500, however, that number drops to $3,000 if that company is a member of SPC.

During the webinar, Bedarf pointed out the importance of working with manufacturers. For instance, the manufacturer can license the label to be used on unbranded or stock products.

"Manufacturers can act as a liaison for larger brand retailers, which has worked out well for us," she said. 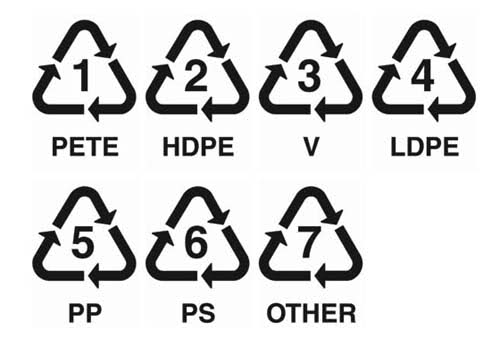 So there's no doubt you're familiar with the Resin Identification Code (RIC) system. First developed in 1988 by SPI at the urging of recyclers around the country, the RICs are used solely to identify the plastic resin used in a manufactured article. But many consumers failed to get the memo on that and believed that it was an indicator of the package's recyclability. The general public, as a whole, are generally confused by the RICs, which has presented a messaging challenge.

To help alleviate some of the confusion, in 2013, ASTM International announced revisions to ASTM D7611 including a change to the graphic marking symbol used to identify resin type. The RIC system has used a "chasing arrows" symbol surrounding a numeral from 1 to 7 that defines the resin used in the product's packaging. Under D7611, this marking symbol is specified as a solid equilateral triangle around the number.

The How2Recycle Label is to not looking to eliminate RICs; it's compatible. For instance, if communities use RICs to communicate to their residents and the RIC is placed inconspicuously; RICs will not conflict with the How2Recycle Label, Green Blue believes. For example, a resident may see a 'check locally label' on a PP yogurt container (#5 RIC). The label will prompt the consumer to check their local system, where they will find clarification on whether the municipality collects PP containers like yogurt cups.

One of How2Recycle's primary goals is to ensure compliance with FTC Green Guides, which includes the consideration of the use of the RICs for plastics. But in the case of flexible packaging, RICs are not universally found on bags and films due to varying legislation.

"The move away from the chasing arrows to the triangle will help eliminate confusion, while still keeping the number and abbreviation. RICs are used for rigid plastic and it's right for rigid. But we do have some leeway on flexible packaging," Bedarf said.

[BTW, If you want to learn more about what's going on with RICs, SPI's Recycling Policy subcommittee is hosting a webinar that will explore the process behind the changes, the changes that have been made to date, and what's likely to come from the ASTM group. The webinar takes place June 24 at 2 PM ET.]

"We appreciate the knowledge (of SPI) and as new technology comes online and new innovative packaging, you all are making sure we are getting it right and being that sounding board," Bedarf said. "We appreciate your help in spreading the word as widespread use will help it be more effective and expand recycling efforts."