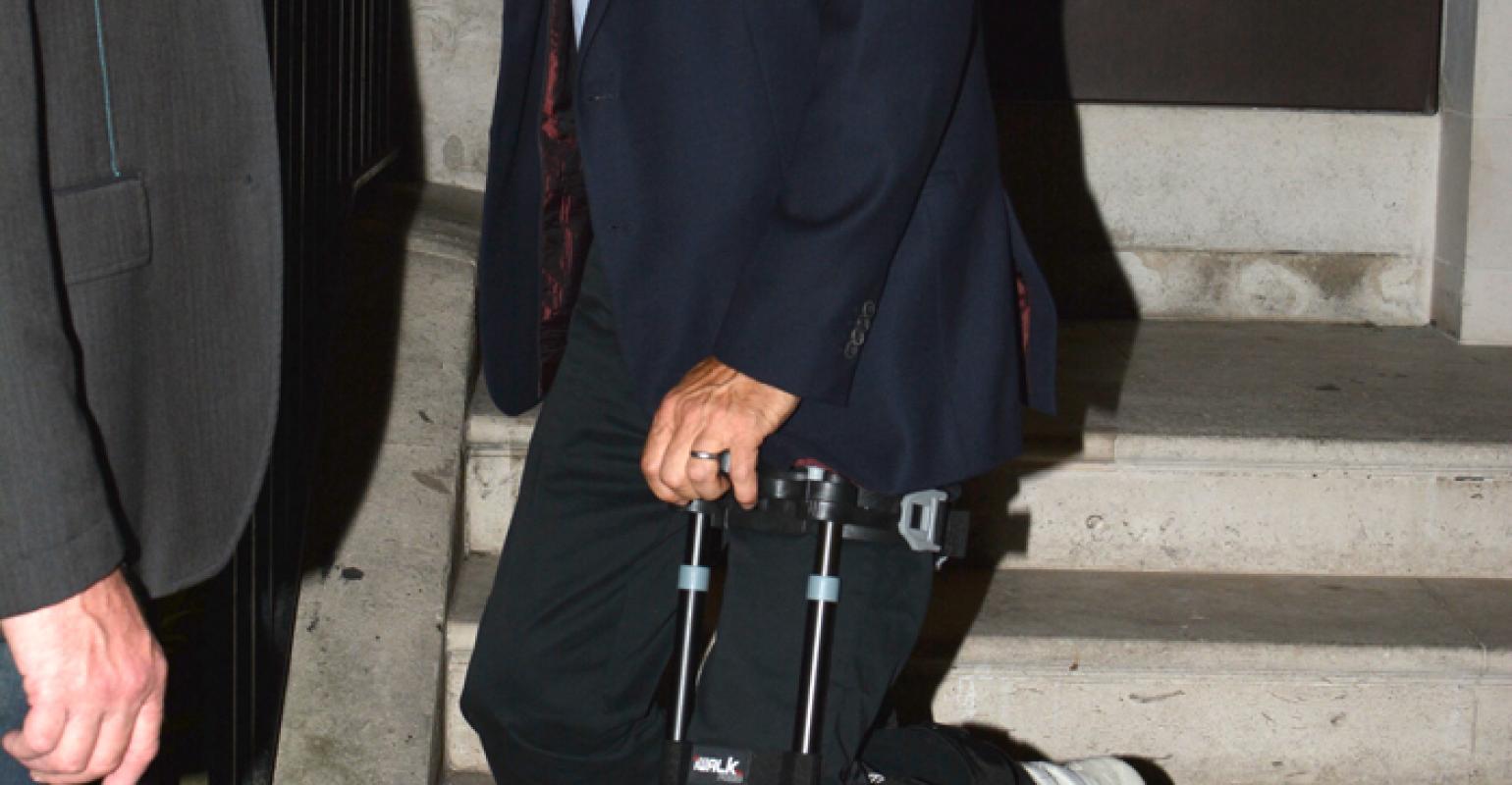 A couple of weeks ago, you might have seen photos of Harrison Ford with an odd-looking contraption growing out of his knee plastered all over newspapers and websites. The veteran actor broke his leg on the set of the new Star Wars Episode VII that is being shot at Pinewood Studios in London. Shortly after his accident, he was spotted walking around the city on a leg crutch.

A couple of weeks ago, you might have seen photos of Harrison Ford with an odd-looking contraption growing out of his knee plastered all over newspapers and websites. The veteran actor broke his leg on the set of the new Star Wars Episode VII that is being shot at Pinewood Studios in London. Shortly after his accident, he was spotted walking around the city on a leg crutch. It was the first time many people, myself included, had seen the iWalk2.0, a crutch concept that was originally developed by a Canadian farmer that provides hands-free mobility to people with lower leg injuries.

"Millions of people use crutches every year, and the same millions of people hate them," says Brad Hunter, Director of Business Development for iWALKFree Inc. (Mansfield, ON, Canada). "How many products can you say that about?" 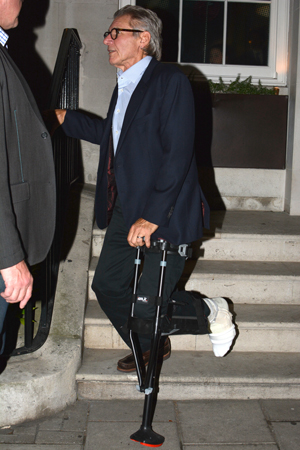 One of those haters is the founder of iWALKFree Inc., a farmer in Ontario, Canada. He was condemned to crutches after breaking his ankle in the late 1990s, but rather than grin and bear it, he decided to change his reality. Applying his carpentry skills, he made a prototype of a hands-free crutch out of wood. It allowed him to remain active and essentially go about his daily routine while his foot healed.

The invention was duly noticed by a renowned orthopedic research center in Toronto, where clinical trials began almost immediately. A hands-free crutch made of extruded aluminum and engineered plastics went on to be approved as a Class 1 medical device in Canada in 1999, shortly followed by FDA registration and CE marking, allowing its sale in most of Europe. In October 2013, a more evolved version, the iWalk2.0, was introduced.

Material selection played a significant part in designing the iWALK2.0. In fact, it predicated the design.

"Early on, we decided to choose the materials we wanted to use first and build the design of the product around them," says Hunter. "We didn't want to paint ourselves into a corner by choosing an exotic material that would limit flexibility in terms of the suppliers and molders that we could use. We settled on polypropylene and glass-filled nylon 6. Yeah, not very sexy," Hunter laughs. But the materials put the device on a solid footing.

An unconventional crutch warranted an equally unconventional design approach. For the iWALK2.0, the design team included a naval architect—a skill not typically associated with medical devices. Erik Berzins of Morelli and Melvin Design and Engineering Inc. (Newport Beach, CA) was recruited for the project because of his involvement with the design of the catamarans that literally flew on top of the water at the 2013 America's Cup race in San Francisco. Detailed understanding of structures that need to be light, stiff, and strong with nonlinear, multidirectional loads contributed to the structural design, materials selection, and mold creation process. "When you think about it, the qualities you look for in a high-performance racing boat—performance, stiffness, strength, and light weight—are also what you want in a device like the hands-free crutch," says Hunter.

Although the iWalk 2.0 has received numerous accolades, notably bringing home a bushel of awards from the 2013 and 2014 Medtrade events, the revolutionary architecture of the device creates a number of misperceptions among potential users.

"It's a new technology and, until they try it, people often make negative assumptions," says Hunter. "They assume it's unstable, hard to use, and so forth. In fact, nothing is further from the truth—it generally takes less than one minute to learn how to use it. And, unlike with conventional crutches or scooters, you don't have to change your lifestyle while your injury heals. You can simply go about your daily routine because your hands are free," says Hunter.