Anti-Plastics Bill Would ‘Devastate’ Manufacturing, US Economy, According to Plastics Industry Association 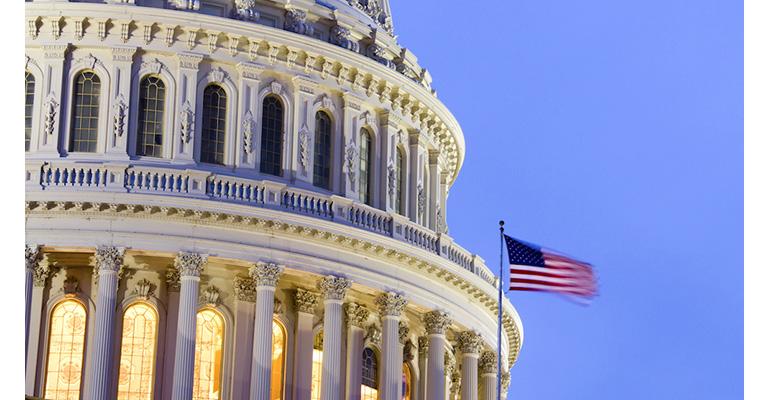 The bill, re-introduced this week in the Senate, targets the use of plastics in a variety of applications, and would, in fact, incentivize the production of less energy-efficient materials.

On March 25, Senator Jeff Merkley (D-OR) and Representative Alan Lowenthal (D-CA) re-introduced the Break Free From Plastic Pollution Act of 2021, the “most comprehensive bill” to address the plastic pollution crisis ever introduced to Congress.

The Break Free From Plastic movement, launched in 2016 and claiming to have the support of more than 11,000 organizations and individuals around the world, said that the bill “expands and improves upon an earlier version, utilizing proven solutions to protect impacted communities, reform our broken recycling system, and shift the financial burden of waste management off of municipalities and taxpayers to where it belongs: the producers of plastic waste.”

The problem with that line of thinking is that resin producers don’t make plastic waste, nor do plastics processors. They provide the materials and manufacturing services that enable the production of plastic products that make life easier, cleaner, safer, and more energy efficient. Unfortunately, consumers are the real producers of plastic waste — and waste of all types, including textiles, paper, aluminum, and glass — because many of them do not seem to care about the environment.

The organization’s name — Break Free From Plastic (BFFP) — tells us all we need to know about their goal: To eliminate all polymer materials from the face of the earth and return to the good old days of steel manufacturing for automobiles. BFFP obviously believes we need to replace eco-friendly polymer food containers with paper ones made from trees. What happened to the tree-huggers who used to support saving the forests to use as carbon sinks and keep the earth green and beautiful? Now they want to cut down forests to make paper and produce wood pellets to use for energy, which releases much more CO2 than incinerating waste.

Senator Merkley commented that the three Rs — reduce, reuse, and recycle — have become the “three Bs – buried, burned, or borne out to sea.” He stressed that “it’s time we pass this legislation to get it under control.”

Sharon Lavigne, founder of RISE St. James, a grass-roots, faith-based organization fighting for the removal of “harmful petrochemicals in the land,” made this unscientific statement: “Plastic causes damage at every step of its lifecycle” and “the chemicals that are used to make those items are being emitted in the air, and we’re breathing that.” Lavigne was behind the initiative to stop the Formosa Plastics plant in St. James, LA.

BFFP’s goals for this legislation include:

Congressman Lowenthal commented: “Our legislation applies one of the core principles of environmental law: ‘The polluter pays.’ It is time for multi-billion- dollar companies to step up and cover the costs of cleaning up the waste from their products. This legislation is a bold first step on the path to implementing lasting solutions.”

In response to BFFP’s proposed legislation, Joshua Baca, Vice President of Plastics at the American Chemistry Council, stated: “Despite claims made by this bill’s proponents, the legislative intent is clear. This act would ‘pause’ the production of plastic, resulting in supply-chain disruptions that would impede America’s manufacturing resilience and our ability to bounce back economically after crises, such as the current pandemic; result in shortages of essential materials used throughout the medical supply chain to fight the pandemic, including face masks, shields, medical gowns, syringes, and sanitary packaging; block advanced recycling technologies, which allow us to recycle significantly more types and greater amounts of plastic to create new products, and provide well-paying jobs; and restrict the very products needed to combat climate change, such as wind turbines, solar panels, and electric vehicles, as well as the lightweight plastics that make our cars and homes dramatically more energy efficient, which significantly reduces greenhouse gas emissions.”

The Plastics Industry Association (PLASTICS) also announced its strong opposition to the Break Free From Plastic Pollution Act. “This legislation would be absolutely devastating to manufacturing jobs and America’s overall economy just as we begin to rebound from the effects of COVID-19,” said PLASTICS President and CEO Tony Radoszewski. “This bill is a direct threat to the nearly one million men and women who work in the domestic plastics industry. Additionally, this misguided legislation could have the unintended consequence of leading to an increase in greenhouse gas emissions.”

PLASTICS Chief Economist Perc Pineda, commented: “It puts the over $7 billion capital expenditure spending in plastics material and resin manufacturing in serious jeopardy. Importantly, for every dollar spent in manufacturing another $2.74 is added to the economy.”

PLASTICS added that the Break Free act “targets plastic for use in a variety of applications, which would incentivize the production of less energy-efficient materials, such as glass, tin, aluminum, and paper. Life-cycle analysis indicated that compared to these older materials, plastics result in lower greenhouse emissions." The act would also “destroy manufacturing jobs and put America’s supply chains into chaos.”

PLASTICS will continue to support commonsense, bipartisan legislation to incentivize sustainability through recycling, said the association, touting such measures as the RECOVER Act to improve recycling infrastructure and the Recycle Act, re-introduced in Congress this week.

In my opinion, what we need to break free from are the dozens of anti-plastics activist groups that want to rid the world of plastics and replace polymer materials with alternatives that have been proven in study after study to be less eco-friendly because they use more natural resources — energy, water, and trees/plants — and result in higher outputs of CO2.

These anti-plastics activist organizations continue to offer nothing more than push-back against every solution the industry comes up with, including alternatives to mechanical recycling such as advanced or chemical recycling. The latter is dismissed because it is not bottle-to-bottle recycling but is polymer to monomer, chemicals, and fuels.

The activists absolutely reject waste-to-energy as a way eliminate a whole range of waste materials that are difficult to recycle. In a March 2019 update on waste-to-energy (WTE) in Waste 360, the publication noted that WTE “is flourishing in Europe, but the concept of burning trash and extracting energy to make electricity has been a tough sell in the US.”

That is in spite of the fact that we need alternative forms of energy and plastics. The natural gas/oil environment where polymers come from has a BTU value that is higher than coal. If the push to burn wood pellets, which have a very low BTU value and use up forest resources that take decades to replenish, is being overlooked, then certainly waste plastic should find favor with the environmentalists.

Waste 360 notes that “today there are 75 WTE plants in the US, down from 87 about 10 years ago.” In 2015, Palm Beach County, FL, started commercial operation of a new $672-million mass burn facility — the first in the country in more than 15 years. It generated 96 megawatts of electricity, enough to power about 40,000 homes and businesses.

According to the 2019 Census report, Palm Beach County had an average household income of $63,299 and individual average income of $30,762.  Demographics showed that 19.8% of Palm Beach County residents are Black, 23.4% are Hispanic/Latino, and 53.5% are white. That should put to rest some of the complaints of activists such as Sharon Lavigne and KT Andresky (campaign organizer at Breathe Free Detroit), who claim that waste incinerators are “disproportionately” being built in “communities of color, low-income, and Indigenous communities.”

Waste-to-energy is a viable solution that has the potential to create strong, clean energy while helping to solve the plastic waste challenges for difficult-to-recycle plastics. At this point, can we afford to destroy the plastics industry that has proven over the past 100 years to be so valuable to nearly every segment of society from manufacturing and healthcare to the food and beverage industry and transportation sector?

The only arena where we are failing is in educating people to dispose of their plastic, paper, textile, aluminum, and glass waste properly and not to litter their environment.

The Duplicity of Plastic Bag Bans Called Out by YouTuber
Jun 19, 2022