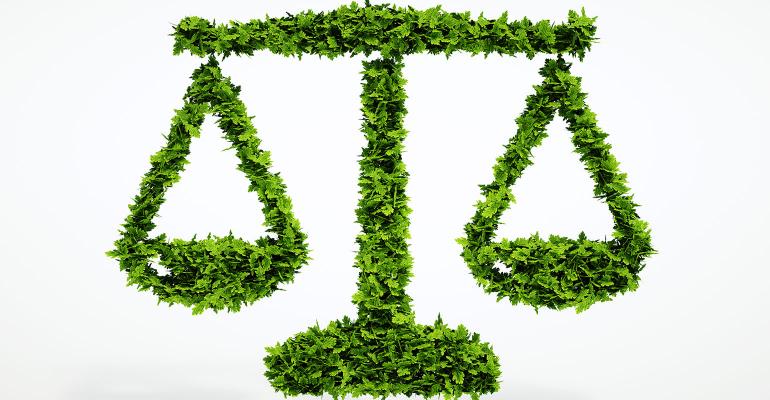 New Jersey officials allege that Solvay has ignored a mandate to rid the local environment of PFAS compounds and other pollutants used at its West Deptford plant. Solvay bought the plant from Arkema in 1990.

New Jersey officials have filed a lawsuit against Solvay Specialty Polymers USA LLC, accusing the chemicals company of ignoring a mandate that it clean up contaminated drinking water and other pollution linked to toxic compounds at its West Deptford plant. The suit was filed on Nov. 10 by New Jersey Attorney General Gurbir S. Grewal and Catherine R. McCabe, Commissioner of the state’s Department of Environmental Protection (DEP). It claims that Solvay has disregarded damage and risks to the public from PFAS compounds, which were once used in making nonstick cookware. Arkema Inc., which sold the Gloucester County facility in 1990 to Solvay, is also named in the suit, which alleges violations of New Jersey’s Spill Act, Air- and Water-Pollution Control acts, and other counts.

“Known as per- and polyfluroralkyl substances, PFAS were used in plastics manufacturing and firefighting foams, and have been found in drinking water, groundwater, and soil in communities in New Jersey and in Bucks and Montgomery counties,” the New Jersey DEP said. Officials allege that “Solvay has been slow to take responsibility for PFAS contamination that has spread through the region from its West Deptford plant.”

The lawsuit seeks a court order from New Jersey Superior Court requiring Solvay to “investigate and remediate PFAS contamination” and stop discharges from the manufacturing facility into New Jersey waterways. The suit also alleges that Solvay has for years “discharged tens of thousands of pounds” of PFAS compounds introduced as a replacement for PFNA (perfluorononanoic acid).

In response to a request for comment, a spokesperson from Solvay told PlasticsToday that “as a science company with sustainability at our core, Solvay meets applicable legal standards with respect to health, safety, and the environment. We care deeply about the well-being of our employees and the communities in which we operate, and would strongly reject any allegations to the contrary.

“Since we learned of the PFNA detection in the area near our West Deptford plant, we have implemented a rigorous investigation and remediation of PFNA with the full knowledge of the NJDEP and in compliance with all applicable laws and regulations. We have made considerable effort to engage in good faith with the NJDEP, including offering multiple proposals to launch a cooperative, expedited, and scientifically reliable investigation of our current process aids.

“We are surprised and disappointed that rather than pursue this expedited and cooperative route, NJDEP has decided to take the litigation path. We intend to defend ourselves vigorously against NJDEP’s inaccurate, overly broad, and meritless allegations. We remain committed to completing our investigation and remediation of PFAS impacts scientifically attributable to our West Deptford facility in compliance with applicable laws and regulations.”

Solvay also provided PlasticsToday with additional facts, including that Solvay has never manufactured PFNA or PFOA process aids or firefighting foams, and completely phased out the use of PFOA (2003) and PFNA (2010) in West Deptford, in advance of any legal requirement to do so. “Today we use a very limited quantity of fluorosurfactant process aids in West Deptford, which have replaced prior use of PFNA and PFOA,” said Solvay’s spokesperson. “We use them only when required and in compliance with regulatory approvals received for, and regulations applicable to, the use of these process aids.”

Solvay also stated that the company’s investigations over the years have shown that there exist other significant sources of PFNA (and other PFAS) within Gloucester County, including users of fire-fighting foams, which Solvay has never manufactured or used at its West Deptford facility. “We always pursue new technological innovations to meet our customers’ needs and further advance our sustainability goals. To that end, Solvay developed new non-fluorosurfactant technologies and communicated to its customers a change to its product portfolio. The new non-fluorosurfactant technologies will be in full production at our West Deptford facility by mid-2021,” said the spokesperson.