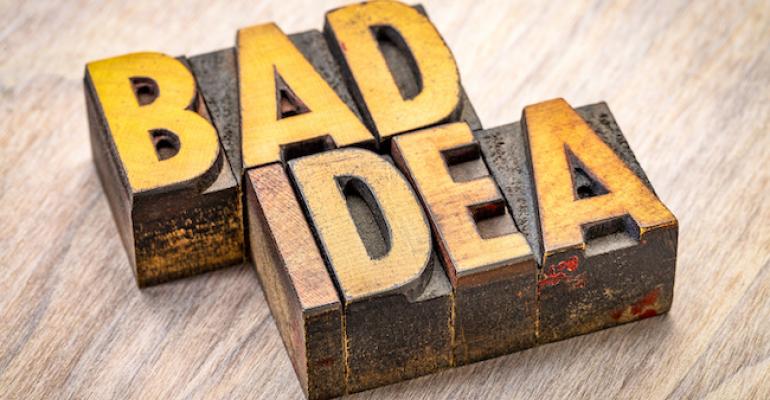 Banning various single-use items made from conventional plastics hasn’t really worked. It’s only created demand for more, less eco-friendly single-use products, such as those made from biodegradable materials that either must be left in the open environment or sent to landfills. Recycling works only to the extent that recyclers can get their hands on the most readily recyclable plastics such as PET or HDPE.

Now, the federal government, in its infinite wisdom, has decided that shifting the responsibility for recycling from consumers to the plastics industry is the way to go. A new bill was introduced in Congress on Feb. 11 because, of course, more laws are needed to address the plastic waste “crisis.” The “Break Free from Plastic Pollution Act 2020,” introduced by Democratic lawmakers, “would be the most ambitious regulation the U.S. plastics industry has ever seen,” said media reports.

Similar to “extended producer responsibility” enacted in the EU, the bill would require plastics producers to collect and recycle their own waste, create a nationwide drink-container refund scheme and phase out certain single-use plastic items. The bill doesn’t specifically say which plastics producers—those who manufacture recyclable PET or HDPE resins or those who produce all resins, even if they are not recyclable—will be responsible for collecting and recycling plastic waste. I can’t see making producers collect plastic waste that isn’t recyclable having any value.

Also, what about the companies that produce the products themselves. Will they play a role under this bill? A company that makes PET bottles should have some role in the recycling process: Coca-Cola makes hundreds of thousands of PET bottles and has announced plans to recycle them, for example. The company is even putting recycling instructions on its bottles to help consumers do the right thing.

But, given that consumers are human, will they do the right thing? I’m not so sure considering that the primary problem with plastic waste is people who throw their used bottles and containers into the environment. The big key to recycling, I’ve often been told by recyclers, is “getting our hands on the material.” That’s made more difficult if bottles and containers are not put in recycling bins.

Here’s the real kicker in this bill: “Permitting of new plastic production would be paused for up to three years under the proposal,” said a news item in Phys.org.

To that idea, Plastics Industry Association (PLASTICS) President and CEO Tony Radoszewski said in a statement: “As drafted, we do not believe the Break Free from Plastic Pollution Act of 2020 would effectively address pollution in the U.S. or globally. The title of this bill suggests it is more interested in garnering headlines than it is in finding solutions.”

Radoszewski reminded Congress that “plastics only account for 13% of municipal solid waste in the U.S. Any effort to specifically target plastic materials—that, after life-cycle analysis, prove to be more environmentally desirable than other materials—would be misguided at best and harmful at worst. Furthermore, this legislation’s efforts to shut down plastics manufacturing would hurt the nearly one million hard-working men and women in our industry and the nation’s economy as a whole.”

Radoszewski proposes making it easier for everyone to recycle and to make recycling more profitable to “truly reduce the amount of litter that is finding its way into our waterways and, ultimately, our oceans.”

The Recycling Partnership’s “2020 State of Curbside Recycling” report finds that we still have a long way to go with curbside recycling in the United States “to deliver its enormous potential economic and environmental benefits.” In its Feb. 13, 2020, announcement, the Recycling Partnership said that only half of Americans have the same level of access to curbside recycling as they do to trash. Some who have access do not participate, and not all who participate do so fully.

As a result, only 32% of what’s available to capture in single-family U.S. homes is recycled, leaving more than 20  million tons of curbside recyclable materials lost to disposal each year, said the report, which urges that new and substantial action be taken by all stakeholders to solve the problem of low recycling rates.

“It it clear that unless stakeholders from across the value chain align and step up, we will not be able to drive the change necessary to move recycling in the U.S. to the next level,” said Keefe Harrison, CEO of the Recycling Partnership. “Every day we hear from citizens, communities, policymakers, corporate leaders and NGOs who all want the same thing—a stronger recycling system. It will take bold public-private partnerships and leadership to make lasting improvements. Now is the time for action.”

Radoszewski points to measures such as the Recover Act, which “would designate funds to improve the recycling infrastructure in this country, and other efforts like the Recycle Act and the Save Our Seas 2.0 Act that provide better approaches than what we’ve seen in the ‘Break Free’ act,” he said.

It’s obvious that the two sponsors of this bill, Senator Tom Udall (D-NM) and Alan Lowenthal, Democratic congressman from California, do not understand the business of plastics or the challenges of recyclers getting their hands on recyclable materials. They can think of nothing better than to legislate against plastics. The reality is certainly more complex than refusing to permit new plastic production for up to three years under the economically misguided idea that if we don’t make more plastic the problem is solved.

Never mind that the alternative materials needed in the meantime to replace the lack of recyclable plastics will be more harmful to the environment—as well as to the economy—than conventional, recyclable plastics. While the sponsors of the “Break Free” bill make it sound easy to hold resin producers responsible for plastic waste, it will be a lengthy, complex process to incorporate the current collection and recycling infrastructure into privatized collection and recycling by the large resin producers.

But, after all, Udall and Lowenthal are from the government, and they’re here to help.