How medtech will—and will not—change in 2016 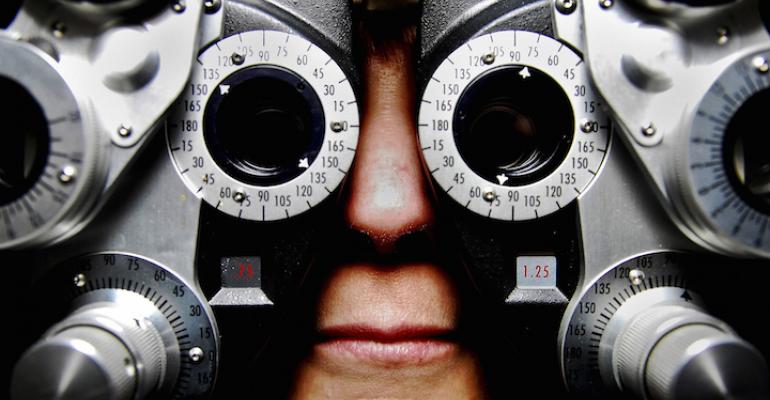 The year ended with some very good news, indeed, for the medical device industry. In mid-December, President Obama signed a $1.8 trillion package of spending and tax cuts that included a two-year suspension of the 2.3% medical device excise tax, which is part of the Affordable Care Act (ACA, aka Obamacare). It's not the outright repeal of the ACA that Republicans and a handful of Democrats sought, but it could lead to a permanent repeal or, at least, to an endless number of extensions, which is the way business is often conducted at the federal level.

The year ended with some very good news, indeed, for the medical device industry. In mid-December, President Obama signed a $1.8 trillion package of spending and tax cuts that included a two-year suspension of the 2.3% medical device excise tax, which is part of the Affordable Care Act (ACA, aka Obamacare). It's not the outright repeal of the ACA that Republicans and a handful of Democrats sought, but it could lead to a permanent repeal or, at least, to an endless number of extensions, which is the way business is often conducted at the federal level. Is this the beginning of the end of Obamacare, which Republican candidates for the presidency have vowed to dismantle? That's one question, at least, that will be answered in 2016. 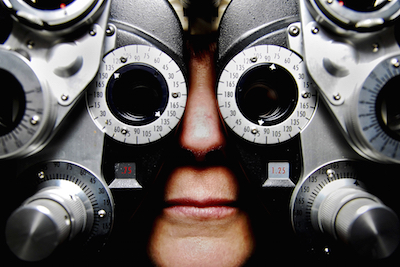 Regardless of who earns a four-year residency in the White House, I suspect that broad-stroke campaign promises will quickly adjust to the realities on the ground. Even a free-market fundamentalist will think twice before completely dismantling healthcare reform that, while flawed, brought affordable coverage to millions of new customers and eliminated such indefensible practices as denial of healthcare coverage to people with preexisting conditions. Whether it's President Clinton, President Cruz or—gulp—President Trump, I would expect some tinkering with the ACA, but not a reset.

To my mind, the ACA is not an end, but a work in progress. Perhaps its most important legacy is that it has shifted the conversation from that of healthcare being a business like any other that must sink or swim under free-market rules to something more akin to a human right. This is not a radical notion, as almost all of the developed world provides some form of a single-payer system, which, it should be noted, Trump once favored. And it's a simple fact of life that it is politically perilous to attempt to eliminate a social entitlement. That explains the urgency with which Congress has sought to repeal the ACA—at least 55 times—since it became law. With each passing year, a wholesale repeal of the law becomes more Quixotic, no matter how vigorously that objective may be declaimed in stump speeches and during debates in 2016.

Attending MD&M West or MD&M East, or one of the smaller regional medical manufacturing events organized by UBM, which also produces PlasticsToday, provides an education on the myriad uses of plastics in the design and manufacture of medical devices. Contract molders and extruders, suppliers of equipment and design engineers specializing in plastic-based components jostle for attention on the show floor. As the market for single-use devices and antimicrobial materials continues to expand, polymers understandably are in great demand.

Quoting materials expert Vinny R. Sastri, the publication notes that "plastics can be processed by many different methods varying from injection molding and extrusion to machining to form needed parts, films and fibers. They are lightweight compared to metals, ceramics, and glass, and have an excellent balance of strength, stiffness, toughness, ductility and impact resistance. Many applications are using plastics to replace either metal or glass to reduce costs, leverage design flexibility and still maintain performance," said Sastri.

Consequently, the medical plastics market will maintain a healthy 7% compound annual growth rate through 2020, according to a report from MarketsandMarkets, and will reach a value of $6.9 billion by that year. Global demand for disposable medical devices, which is on track to average 12.5% annual growth into the next decade, according to a report from Trimark Publications, will sustain steady demand for medical plastics well into the future.

Depending on which report you believe, the global wearable medical devices market will reach $16.8 billion on the low end to more than $41 billion by 2020. Any way you slice it, wearable devices that monitor conditions and even provide therapeutic treatment will continue to be a hot topic in 2016. This has not gone unnoticed at FDA, which is looking to fill three new positions to help facilitate the evaluation of medical-grade devices, according to Reuters.

In 2015, 39.5 million U.S. adults 18 and over used wearable devices, including smartwatches and fitness trackers—an increase of 57.7% over 2014, according to digital marketing company eMarketer. It predicts that growth will continue in 2016 and beyond, with 81.7 million adults using wearables by 2018.

Wearables increasingly will be expected to be multifunctional and will collect data from myriad sources, leading to a paradigm shift in healthcare, as ongoing virtual care keeps people out of hospitals and reduces healthcare costs.

For example, Fitbit CEO James Park recently revealed that his company is looking at advancing the types of metrics that its wearable devices will process, including heart rate and stress. To state the obvious, however, wearables can only capture that data if people actually wear the devices. That's where design engineers and materials suppliers have a key supporting role to play.

The wearable device needs to be ergonomically designed and the materials must be sufficiently comfortable that the user won't mind wearing it. "The materials need to be flexible, not cause rashes, and wick away sweat," design consultant Dan Formosa told PlasticsToday during an interview on wearable device design. "If the device doesn't fit comfortably, people won't wear it, and if it's not worn, it won't be collecting data."

Earlier this year, Covestro (Leverkusen, Germany) introduced a polycarbonate/polyester blend developed specifically for wearable applications. Makroblend M525 is impact resistant while being gentle on the skin (it complies with ISO 10993-10 regarding irritation and sensitization). Look for more innovative materials coming onto the scene in 2016 to tap into this vibrant market.

But, why wear it if you can have it implanted? Wearables are a transitional technology, Liz Dickinson, CEO of wearable maker Mio Global, told CIO in an article titled, "13 wearable tech trends to watch in 2016." "The ultimate end-goal [is] complete integration and implantation with and in the human body," said Dickinson. "In the future, we'll become ever more connected, and our environment will adjust to our physiological, emotional and physical needs automatically through a new type of system that's embedded in our bodies." That may not come to fruition in 2016, but we may well be taking baby steps in that direction in the new year.

Power to the patient

Companies have developed more than 40,000 healthcare apps for mobile phones, according to Daryl West, Vice President and Director of Governance Studies at the Brookings Institution, speaking at a panel on mobile health in March 2014. Mobile health will continue to fundamentally change healthcare practices and even improve results, according to a survey of medtech professionals and caregivers conducted by the Economist Intelligence Unit (EIU).

Most executives surveyed by the EIU (64%) believe that the ability of new mobile technologies and services to provide greater patient access to medical information could dramatically improve health outcomes, notes the report. "A similar proportion (63%) also predicts that ‘greater patient access to their personal data will allow people to make better decisions about their health.' Mobile health could reduce medical costs for individuals (cited by 24% of respondents), offer more effective approaches to preventing epidemics and pandemics (20%) and lower costs for institutions (17%)," writes the EIU. All of which are very good reasons why mobile health will continue its inexorable rise in 2016.

It's no longer a novelty to get a flu shot and receive other healthcare services that were once the province of the doctor's office or hospital at your friendly neighborhood drug store, but one of the more surprising developments of 2015 that will gain even more traction in the new year is the return of the house call. Uber got a lot of media mileage from its on-demand flu shot, which it reprised on Nov. 19, 2015, in 35 U.S. cities. On that day, anyone buying a $10 Uber "wellness pack" could have a registered nurse come to them and deliver flu shots to up to 10 people. But that is just the tip of the iceberg of what has been called the "Uberication of healthcare" that we will see much more of in 2016.

In May 2015, a company called Pager began offering on-demand house calls in San Francisco and New York: $50 for a first-time visit with one of the company's board-certified doctors, then $200 for each subsequent health check, which includes all costs except lab testing and x-rays, reports the Christian Science Monitor. "All charges are presented up-front, and Pager, as well as competitors like Heal, tout that transparency as a major plus compared to insurance paperwork and its frequent surprises. Users pay out of pocket, but the company will submit their claims to insurance companies."

Another aspect of patient empowerment is the maker movement, which has unleashed people power in creative new ways. Technological leaps in 3D printing and material science will usher in a new type of innovator: the healthcare creator, writes Unity Stokes in Forbes. "Thanks to advances in 3D printing, material science, virtual reality, Healthkit and Researchkit, personalized products such as casts, prosthetics, wearables, and a variety of patient-designed solutions will be made to order using software and printed at home. A category of DIY inventions will become available as thousands (and soon millions) of people start to make niche health and wellness products, creating new challenges for regulators who will need to keep pace with the scale and pace of customized health," writes Stokes.

A veteran chronicler of regulatory matters affecting the medtech industry at sister brand MD+DI predicts that 2016 will see terrorists hacking into medical device software. Part of me is thinking that columnist Jim Dickinson has been watching too many episodes of Homeland.

An article in Bloomberg News in November 2015 recounted how the Mayo Clinic invited cybersecurity professionals and hackers to test the vulnerability of a number of connected medical devices. The result was sobering.

"Every day, it was like every device on the menu got crushed," hacker-for-hire Billy Rios told Bloomberg News. "It was all bad. Really, really bad." The teams didn't have time to dive deeply into the vulnerabilities they found, partly because they found so many—defenseless operating systems, generic passwords that couldn't be changed, and so on, wrote Bloomberg News.

The Mayo Clinic experiment took place in 2013, and it has since updated its systems, but Rios has a pessimistic outlook when it comes to other healthcare establishments that don't have the resources of the Mayo Clinic, the largest integrated nonprofit medical group practice in the world. "[Rios] walked away from the job with an unshakable conviction: Sooner or later, hospitals would be hacked, and patients would be hurt. He'd gotten privileged glimpses into all sorts of sensitive industries, but hospitals seemed at least a decade behind the standard security curve," wrote Bloomberg News.

So, while it's possible for terrorists to hack into medical devices, is that a probability in 2016, as Dickinson suggests? I frankly doubt it. Certainly, commonsense safeguards should be implemented in connected medical devices, but let's not lose sight of the big picture: There are countless other "soft" targets, none of which require specialized technical expertise to spread terror. That is the curse—but more importantly, the blessing—of living in an open and free society.