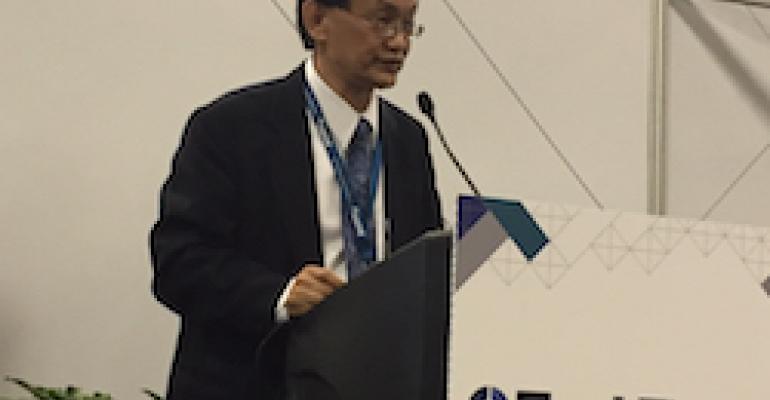 The VP of R&D at Taiwan’s USI Group discussed the advantages of cyclic block copolymers (CBCs) in a range of medical applications at last week’s PLASTEC West trade show and conference. His company plans to inaugurate its first CBC plant this year.

The advantages of cyclic block copolymers (CBCs) over other optical-grade plastics as well as the material’s benefits in an array of medical applications were outlined during a presentation at the co-located PLASTEC West and MD&M West event in Anaheim, CA, last week. Moh-Ching (Oliver) Chang, Vice President of R&D and Deputy Chief Technology Officer at the USI Group (Taipei), led the highly technical discussion.

The USI Group comprises seven companies engaged in various streams of the petrochemical industry supply chain. Two of those groups are involved in plastics and plastics processing, and Chang announced during the presentation that the company planned to inaugurate its first CBC plant in Taiwan this year.

The CBC manufacturing process described by Chang involves a two-step filtration process, once following polymerization of the material and again after hydrogenation, to optimize the material's properties, which include the following:

Given this package of properties, CBC is recommended for such medical applications as syringes, catheters, vials and medical packaging, said Chang, who highlighted three specific applications during his presentation: Biopharmaceutical products, orthodontia and diagnostic devices.

The material can be processed using most current techniques, including injection molding, extrusion and blowmolding, added Chang.

Before joining USI in 2015, where he is Vice President of R&D and Deputy Chief Technology Officer, Chang has performed R&D work with Monsanto, Bayer, GLS, Baxter and Hollister. He holds approximately 30 patents.