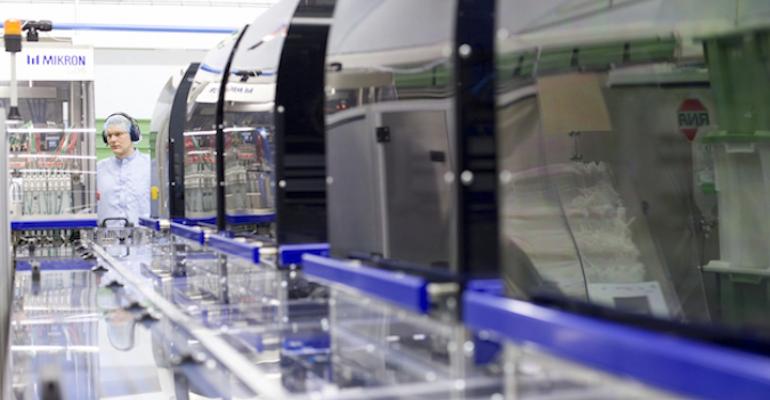 The impact of 3D printing on medical technology is undeniable—from personalized prosthetic devices fabricated at a fraction of the cost of conventional products to nerve regeneration guides that may provide otherwise elusive cures—and the best, and this is true, is yet to come.

The impact of 3D printing on medical technology is undeniable—from personalized prosthetic devices fabricated at a fraction of the cost of conventional products to nerve regeneration guides that may provide otherwise elusive cures—and the best, and this is true, is yet to come. Our 10 most popular articles in the Medical Channel on PlasticsToday in 2015 reflect this technology's impact on the medical space as well as its hold on our audience's interest and imagination: Six of the top 10 articles involve advances in 3D printing that have, or will have, medical applications.

But wait, there's more. Articles on medical molding, including the development of a first-of-its kind multi-cavity hot runner mold for the production of medical parts, and Lady Gaga's insulin pump also made the cut. Hold on—Lady Gaga has diabetes? Not to our knowledge, but the article makes the case that medical device design engineers could learn from the self-proclaimed Countess's approach to aesthetic innovation. Intrigued? Then, by all means, read on.

3D printing is changing the world

In July, PlasticsToday illustrated how 3D printing is changing the world in five slides. Highlights include a 3D-printing process developed by UK researchers that reportedly will be able to make parts as cheaply and rapidly as injection molding and a Colombian designer who used a 3D printer to model pediatric artificial limbs that use fanciful Lego designs. Read more

Arguing that 3D printing is a misnomer and, really, is just 2D printing over and over again, Carbon3D CEO and co-founder Joseph DeSimone has developed a process that could produce solid final parts 25 to 100 times faster than current additive manufacturing techniques. Continuous Liquid Interface Production (CLIP) technology continuously grows objects from a pool of resin, not unlike the T-1000 robot in Terminator 2 that would reconstitute itself from a puddle of mercury-like liquid. Preposterous? Well, in March when the article was published, Carbon3D already had secured $41 million in funding from venture capital firms and garnered the interest of an automaker and athletic apparel company. Read more

In January 2015, surgeons at Ohio State University Medical Center (Columbus, OH) performed the first plastic meniscus implantation in the United States as part of an FDA-approved clinical trial. The device has the potential to offer patients with a torn meniscus a minimally invasive remedy that overcomes many of the limitations of current treatments. Read more

An engineer at Wacker Silicones (Munich, Germany) with a passion for marathon running dreamt of designing the perfect athletic shoe with shock-absorbing insoles. He put his engineering expertise to work and eventually came up with a silicone formulation and a novel 3D-printing process that produces precisely contoured silicone strips with an exceptionally smooth finish. Beyond footwear, the technology has potential applications in the automotive and medical technology sectors, according to Wacker. Read more

The problem with medical device design, says Eric Larson, is that the "leaders in medtech . . . are focused on the technology, not on the recipients of the technology." A designer who runs Art of Mass Production in San Diego (and a regular contributor to PlasticsToday), Larson argues that medtech needs to take a page out of the Apple and Google playbooks and pay more attention to the user experience. "Where is the oooh and aaah in medical technology?" he asks. Designers need to ask themselves, "if Lady Gaga were a diabetic, what would her insulin pump look like?" says Larson. Read more

3D printed injected molding (3DIM) allows medical device manufacturers to 3D print a mold and start producing parts in just one or two days, according to design bureau Worrell (Minneapolis, MN), which developed the technology in partnership with 3D printing leader Stratasys (Eden Prairie, MN). The ability to mold a part in the final, specified material and go immediately into pre-clinical testing and usability/human factors testing to establish safety and efficacy allows medical device OEMs to save on tooling costs and accelerate the design iteration process, according to Worrell. Read more

At NPE2015, Eastman Chemical (Kingsport, TN) presented what it described as a first-of-its kind multi-cavity hot runner mold for the production of intricate medical parts that it developed in collaboration with Prestige Mold Inc. (Rancho Cucamonga, CA). The mold was developed to address anticipated customer demand for durable medical device parts free of bisphenols A and S that can withstand sterilization and harsh chemicals. The demonstration multi-cavity mold was used to produce polished and unpolished universal female luers that are in compliance with the ISO 80369 standard for small bore connectors. Read more

September was kind, not cruel, to 3D printing

The pace of innovation in 3D printing in the medical technology space was featured in a slide show in September that focused on three recent advances that could have a profound impact on healthcare. Groundbreaking research on a first-of-its-kind 3D-printed nerve regeneration guide, soft materials 3D printed in shapes that are more fragile than anything found in nature yet that retain structural integrity and a 3D-printer head that can control two syringes simultaneously, allowing doctors to print biopolymers with specific geometric forms, show how rapidly the technology is advancing medical innovation. Read more

FDA is often tarred as a brake on innovation by the medtech industry, but it has made an effort at staying ahead of the curve on 3D printing, as Steven K. Pollack, PhD, Director of the Office of Science and Engineering Laboratories at FDA explained to PlasticsToday. Following a 3D printing workshop organized by the agency that brought together various industry, healthcare and government stakeholders, Pollack spoke at a session at MD&M West early in the year. In advance of the event, he answered some questions about FDA's perspective on 3D printing from a regulatory perspective. Read more

Succeeding as a medtech molder

The $380 billion global medical technology industry is an attractive sector for plastics processors: It typically reports solid growth, year in and year out; medical device OEMs are, by and large, loyal to their supply base; and continuing demand for single-use devices makes metal replacement a hot topic within industry. Given the potential rewards, the barriers to entry are high. In the first of this two-part article, PlasticsToday asked several contract molders who have a track record of working with medical device OEMs what their customers are looking for in a molding partner. Read more

In Micromolding, Material Flow Follows Its Own Set of Rules
Jan 17, 2022