New medical-grade materials to be unveiled at PLASTEC West 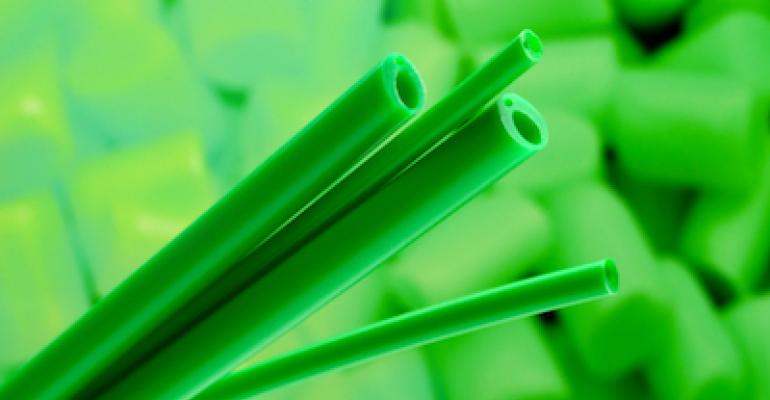 A compound suited for the fabrication of medical device components that require high strength without the use of metals or traditional reinforced plastics and a TPE that can replace latex in some medical applications will be featured at the event.

Advances in medical-grade plastics will be highlighted by several exhibitors at the co-located PLASTEC West and MD&M West event in Anaheim, CA, in February. Described as the largest annual design and manufacturing event in North America by show organizer UBM, which also produces PlasticsToday, the trade show and conference is expected to attract more than 20,000 engineers and executives to the Anaheim Convention Center from Feb. 7 to 9, 2017.

Leading up to the event, we will profile several innovative technologies in store for attendees on the show floor and preview some of the compelling topics that will be addressed at the conference. For now, we turn our attention to a pair of exhibitors that will be introducing medical-grade materials at the event: Foster Corp. (booth 2615) will showcase a new compound for medical device components that require high strength, while Teknor Apex (booth 2438) will present a new family of thermoplastic elastomers that can replace latex in some medical applications.

Foster Corp. (Putnam, CT) has announced the introduction of a compound for medical device applications based on an alloy of meta-xylene diamine polyamide (MX nylon). Nanomed Max is suited for the fabrication of medical device components that require high strength without the use of metals or traditional reinforced plastics. The materials have been tested to USP Class VI and are suitable for reusable instruments or components that must withstand gamma, e-beam and ethylene oxide sterilization.

As minimally invasive procedures continue to gain traction, there is increased demand for instruments, fixtures and components that do not interfere with magnetic resonance imaging (MRI), computerized axial tomography (CAT), fluoroscopy and x-ray imaging. Metals are not suitable and plastics often require reinforcing additives, such as glass fiber, to provide sufficient strength for structural components, notes Foster Corp. However, these traditional additives are too large for molding or extruding intricate device components with thin wall sections. Unreinforced, high-strength materials, such as polyetheretherketone (PEEK), are often cost prohibitive, adds Foster Corp.

Nanomed Max compounds incorporate nanoclay particles into a high-strength nylon alloy. These platelet-shaped particles, less than one nanometer thick and up to 1000 times greater in surface diameter, provide reinforcement at the molecular level, enhancing strength and rigidity of the polymer without hindering flow into thin sections. The nanoparticles represent less than 10% by weight in the Nanomed Max compounds, resulting in 15% more tensile strength than unmodified PEEK, for approximately half the price, according to Foster Corp.

“Unlike PEEK, Nanomed Max compounds do not require high-temperature injection molding or extrusion equipment,” said Larry Johnson, Executive Vice President. “These alloys can be processed using standard mold and barrel heaters that are commonly used for nylons and polyesters.”

A new family of medical-grade thermoplastic elastomers (TPEs) from Teknor Apex (Pawtucket, RI) for cast film reportedly provides the elasticity, durability and feel of latex without concerns regarding allergic reactions, odor or residual curing agent. As thermoplastics, they make possible cost savings over latex and other thermoset rubbers, according to the company, which will present the compounds at booth 2438.

The latex-free Medalist TPE film portfolio includes grades specifically designed for tourniquets and straps (Medalist MD-17340), therapy bands and sheeting (Medalist MD-10233 and MD-13240) and dental dams (Medalist MD-10308). All are available worldwide as standard grades ready for use; custom formulations can be developed to meet special requirements. Like other Medalist medical elastomers, the new compounds are made with FDA-compliant ingredients, are compliant with ISO 10993-5 and REACH SVHC, are free of phthalates and are produced in ISO13485–certified facilities in the United States and, starting in January 2017, Singapore.

Latex films are valued for their unique combination of elastic properties, including low ratio of force to elongation and low tensile set after elongation. The new Medalist compounds duplicate the elastic behavior of latex (see the stress-strain graph below) while providing similar resilience and durability. They also exhibit similar tactile qualities and draping behavior, which is important in clinical settings.

While closely resembling latex in performance, the new Medalist compounds eliminate concerns about latex allergy symptoms, which can range from skin irritation to more severe manifestations. Also unlike latex, the TPEs are odor-free, and their processing does not involve the use of curing agents that can be present in trace amounts in finished products.

Medalist TPEs permit major cost savings over latex and other thermoset rubbers such as nitrile or neoprene, according to Teknor Apex. These are attributable to a lower per-pound cost, elimination of the curing step and the inherently greater processing efficiency of thermoplastics.

The advantages of thermoplastic processing open new business possibilities for medical device companies, according to Ross van Royen, Senior Market Manager, Regulated Products. “Rubber extrusion is complicated, in terms of both equipment and production methods,” said van Royen. “Because it is a lot easier and less expensive to set up a TPE extrusion process than one for rubber, companies may find it attractive to bring the manufacture of film products in-house rather than outsourcing it.”