Packaging machinery manufacturer Multivac is launching a new thermoforming machine specially tailored for the fresh meat industry. The R 515 is laid out for specific die formats and it features the same advantages of Multivac's R 535 high performance model, the company stated. The R 535 is designed for food, medical device, and consumer goods manufacturers.

The R 515 is laid out for specific die formats and it features the same advantages of Multivac's R 535 high performance model, the company stated. The R 535 is designed for food, medical device, and consumer goods manufacturers. 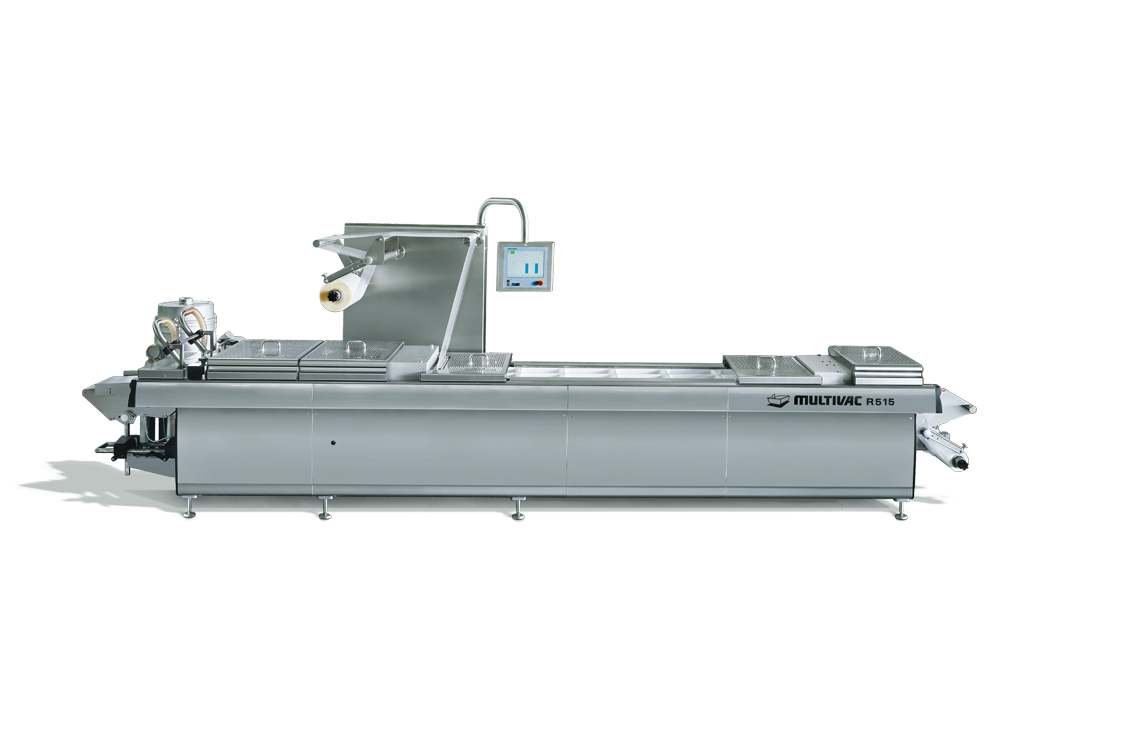 The R 515 machine model offers standard dies and format sets, and is designed for running flexible films, such as PA/PE multi-layer films. The R 515 is also equipped with register mark control for running printed upper webs.

In addition to vacuum packs, it is also possible to produce packs with modified atmosphere packaging (MAP), the company stated. The machine cycle output is around 10 cycles per minute.

The R 515 can be equipped with an optional jumbo film unwind for lower webs, which can reduces machine downtime caused by roll changes. The R 515 also offers an optional quick-change system for forming and sealing dies.

Typical applications are large ham and fresh meat packs as well as wholesale and transportation packs.

The fresh meat industry places special demands on the packaging of its products to protect the fresh meat during transport to the wholesaler or processor, according to the press release.

"Cost effectiveness, output and hygiene are therefore right at the top of the list of requirements. Multivac fulfils the wishes of the industrial meat processor with the new R 515 machine model, which has the right price-performance ratio," the company stated in the press release.

Like all Multivac machines, the R 515 is constructed in the Multivac hygienic design, and it is compatible with the process-controlled Clean-in-Place system (CIP), where it can be cleaned and disinfected on the inside and outside. The R 515 can be extended in a modular way and is suitable for the integration in automated packaging lines.

The machine will launch at the beginning of March.