Back in the 1990s, when injection molding expert Suhas Kulkarni encountered the principles of scientific molding for the first time, he became an immediate convert. Kulkarni, who graduated in the early nineties from the University of Massachusetts, Lowell, with a master's in plastics engineering, was just starting out in his new job, and was told he would be responsible for implementing the technology as a standard across the company.

Back in the 1990s, when injection molding expert Suhas Kulkarni encountered the principles of scientific molding for the first time, he became an immediate convert. Kulkarni, who graduated in the early nineties from the University of Massachusetts, Lowell, with a master's in plastics engineering, was just starting out in his new job, and was told he would be responsible for implementing the technology as a standard across the company.

At that time, as he explained: "Molding was more of an art until the late 1980s. Then people started understanding the science and the term ‘scientific molding' was born. Scientific molding made molding not only easier but also increased the efficiency of the molding operation by [enabling the] molding of consistent quality parts at lower costs." 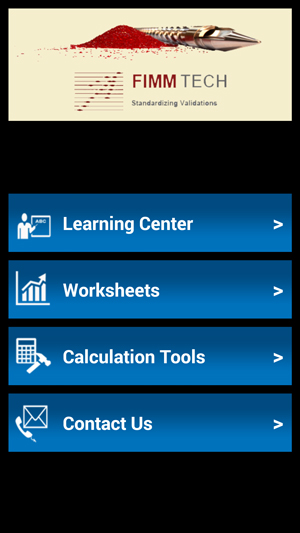 What was not available, however, was purpose-developed software for applying the technology. "Scientific molding needed the use of some mathematics-based optimization techniques," said Kulkarni. "There were several programs used for these. Most people used Excel and some used special software. My goal became to standardize the process and use one umbrella software for complete process development and optimization."

Ultimately, this led in 2004 to the founding of his company, Fimmtech Inc. (Vista, CA), in response to demand from the molding community for the development of standardized validation procedures and training. He released his Nautilus software package in 2006, a mold qualification program that has since become a primary tool to help molders debug and validate molding processes. It uses the principles of scientific molding and design of experiments and includes additional tools for documentation.

The popularity of the software is not hard to explain. "The software is very user friendly," said Kulkarni. "The user does not need to understand a great deal of the math behind the studies; all the user needs to do is input information and click on the ‘next,' ‘show graph' or ‘analyze' button. For example, users can have the analysis of a designed experiment in just five clicks. The software is very intuitive to use."

And, while molders new to the technology may balk at performing the required studies, Kulkarni said that going through the full mold qualification process does not take all that much extra time. "On an eight-cavity mold, the work at the molding machine should be completed within about six hours," he estimated. "The time for dimensional checks will depend upon the number of dimensions and the complexity of checking them."

Now, in keeping with the times, Kulkarni's scientific molding software has gone mobile. He recently launched an app that provides many or all of the same tools as the software designed for desktop. The app is out on Android and iOS and can be downloaded for free. Data from the app cannot yet be integrated into the data from the desktop version of the software, said Kulkarni, but "we are planning for this natural progression. It only makes sense to do so," he said.

The new app has been greeted with huge enthusiasm, if the ratings in the App Store are anything to go by.

"The response to the app has been great! Recently at the NPE show, almost everyone who stopped by the booth already had the software installed on their mobile device," said Kulkarni.

Together with his European representative, Robert Maes of Maes Insights, he is currently looking at possible trade shows in Europe to introduce and promote the software and new app.