New grades of PA 6,6 targeted at the E&E and automotive industry from Ascend 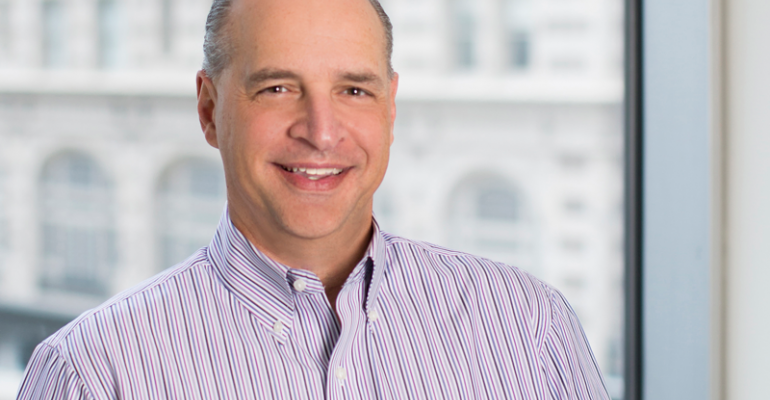 For a company that was established six years ago as a fully vertically integrated PA 6.6 producer with, at that time, a predominant focus on carpeting, Ascend Performance Materials has since considerably broadened its scope. While the company still exclusively manufactures and sells polyamide 6.6, its offerings today extend well beyond the traditional fibers for the carpet industry. At last week’s Fakuma trade show in Friedrichshafen, PlasticsToday talked with Phil McDivitt, President of the nylon business at Ascend, who left Celanese Corp.

For a company that was established six years ago as a fully vertically integrated PA 6.6 producer with, at that time, a predominant focus on carpeting, Ascend Performance Materials has since considerably broadened its scope. While the company still exclusively manufactures and sells polyamide 6.6, its offerings today extend well beyond the traditional fibers for the carpet industry. At last week’s Fakuma trade show in Friedrichshafen, PlasticsToday talked with Phil McDivitt, President of the nylon business at Ascend, who left Celanese Corp. to join the company in April of this year.

According to McDivitt, the Houston-based company was more or less a victim of the quality of its product. “The carpeting didn’t need to be replaced often enough, it was that strong. It was therefore essential to redirect our attention, and right now, automotive and E&E are the primary areas, at least from a compounding perspective,” he commented. “The regulations in the automotive industry—whether on emissions, in Europe, or on gas mileage, as is the case in the US—are driving the changes, and offering a good opportunity to grow. Lightweight, our materials can also withstand the higher temperatures under the hoods of today’s cars. In fact, environmental regulations have been a tremendous boost for PA 6.6.”

That’s likely to be the one of the few positive things to come out of the recent Volkswagen cheating scandal.

“Overall, engineering plastics have had good growth, driven off improvements that have been required,” McDivitt said. “But this is a step change. Now there’s more urgency. It’s a good opportunity for plastics.”

Ascend’s industrial fibers are now increasingly finding their way into airbags; another area, noted McDivitt, with room to grow, especially in emerging countries, where airbags are just starting to be installed. “I expect to see growth of 8-10% in this area, continuing into the future,” he predicted confidently.

At the Fakuma show, Ascend introduced new grades of Vydyne PA66 for the electronics and automotive industries. For molders in the electronics industry, Ascend was highlighting new capabilities in glass-reinforced electrically neutral PA66 grades, designed specifically for the molding of parts with thin sidewalls and complex geometries. Heat stabilization in these grades of Vydyne is achieved by incorporating copper-free additives, to avoid the formation of corrosion on pin contacts during processing. It also eliminates detrimental interaction with transmission fluids in automotive applications. These grades are ideal for manufacturing connectors and electronic control units with overmolded contact pins, “such as airbag connectors,” said McDivitt.

Advancements in the automotive industry include products with superior heat and chemical resistance. The newest Vydyne compounds address the evolving demand for temperature performance in automotive cooling. For example, the new Vydyne R530HR has been developed to meet the increasing hydrolysis resistance requirement—the compound can meet up to 3,000 hours at 120 oC aging requirement, completing the material portfolio for radiator end tanks.

In addition, Ascend is the leading producer of the PA66 used in cable ties worldwide. New metal replacement opportunities are also opening up in heavy industry, where the specific properties of nylon 6.6, such as chemical resistance and the ability to withstand high temperatures, can offer considerable added value.

Asked about whether there were risks in being a company wholly dedicated to the production of only a single material, McDivitt’s response was matter-of-fact and direct. “We’re the biggest company in the world whose primary focus is PA66. That works for us very well,” he said.

“Plus, we have proven to be a reliable supplier. We take care of our customers and we have a lot of specified business. Reliability is key: we did not have any force majeure situations over the past months. We are uniquely fully integrated back to the primary chemicals and produce at five different sites across the southeastern part of the USA, with built-in redundancy. We don’t have to move a lot of chemicals around, which makes for better efficiency.”

All in all, it is a strategy that is paying off: the company, achieved a revenue figure of over $ 2.5 billion last year, has a growing presence in Asia, as well as in in Europe, where it now has a large sales and support office in Brussels and full-time staff in 5 different countries.