Onex targeted KraussMaffei for some time

KraussMaffei formally came onto Onex' acquisition radar late in the first half of this year, but the private equity giant had been interacting with the venerable German maker of plastics processing machinery for some time, including meetings at the last K show in 2009, as well as this year's NPE and Chinaplas events.

KraussMaffei formally came onto Onex' acquisition radar late in the first half of this year, but the private equity giant had been interacting with the venerable German maker of plastics processing machinery for some time, including meetings at the last K show in 2009, as well as this year's NPE and Chinaplas events.

Those discussions, and additional due diligence, left Onex with a favorable impression of the Munich-based machinery business and prompted the Toronto firm to make its third investment in the plastics machinery market in the last five years. 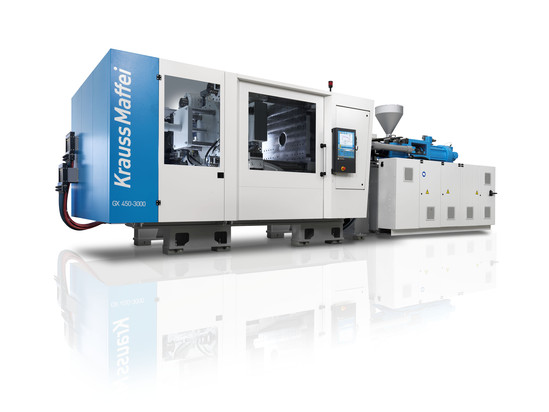 "We thought [KraussMaffei] was a phenomenal business in the industry," David Mansell, a managing director at Onex, told PlasticsToday, noting that knowledge gleaned from the purchase of Husky in 2007 and subsequent sale in 2011, as well as the late 2011 acquisition of Davis-Standard helped inform its strategy with KraussMaffei.

"In private equity, intellectual property is quite useful where you have it," Mansell said, "and when you do have it, you're going to try to capitalize on it."

Why plastics?
Not long ago manufacturers of plastics processing equipment saw weakened demand in developed regions and an oversaturated market. Those outsized machinery inventories grew further bloated during the global economic slowdown and subsequent machinery fire sales. Perhaps not a hot target for private equity, but today, the return to growth in developed regions, and more importantly, emergence of new markets, offers tantalizing prospects for businesses like Onex.

Mansell said the relatively predictable upside and growth of plastics, in addition to KraussMaffei's strength of brand and management, were big reasons it targeted the company.

Within emerging markets, Mansell explained that as GDP/capita grows there is a fairly predictable corresponding increase the per capita consumption of plastics. "One thing I think you can bank on in the next 20 years," Mansell said, "is there will be more and more people coming into the middle class."

A successful track record
Onex declined to discuss details around its valuation of KraussMaffei, but said once the company is fully integrated, quarterly earnings report will include some details on its debt, earnings, and more. "In general, when evaluating a company, you look at historic results, future prospects, and comparable transactions," Mansell said.

Onex paid Euro 568 million ($729 million) for KraussMaffei, outstripping its equity investment of $622 million into Husky in 2007.

The price tag was higher, but if Onex can match or exceed the return rate it banked on Husky when it sold the company for $2.1 billion last year, it will be well worth the higher price tag.

Founded in 1984, Onex has made approximately 360 acquisitions with a total value of approximately $44 billion, according to its second quarter earnings statement. The 36% rate of return on the Husky deal is higher then, but in line with, its historical 28% compound annual return on invested capital.

The company expects the deal to close by the end of 2013's first quarter. Mansell said outstanding issues that remain include financing, which he described as "committed" and regulatory approval, including antitrust review, which he said was "routine."

KraussMaffei will be rolled into its Onex Partners III investments, it newest vehicle, which includes the Tropicana Las Vegas, Tomkins, ResCare, and Jeld-Wen. Started in December 2009 with $4.3 billion, of which $800 million was committed by Onex, it had completed four acquisitions prior to KraussMaffei, with $1.8 billion of capital invested.

Targeting Europe
On June 18, Onex announced the opening of a London office, its first in Europe, with Tony Morgan joining as a managing director for the operation. Gerald W. Schwartz, Onex' Chairman and CEO pointed to the continent's potential for investment in the release announcing the expansion. "We see great opportunities in the European market for investors like Onex," Schwartz said, "and are pleased to have Tony, a British national and experienced investor, join us to help establish this local presence."

"It was not surprising that our first investment in Europe comes from an industry we know," Mansell told PlasticsToday. In general, Mansell said that in Europe and elsewhere, activity in the private equity industry has been picking up over the last six months or so, including at Onex. "We, as a firm, are quite busy right now," Mansell said.