Earth Day 2020: Why Compostable Plastics Are Not Sustainable 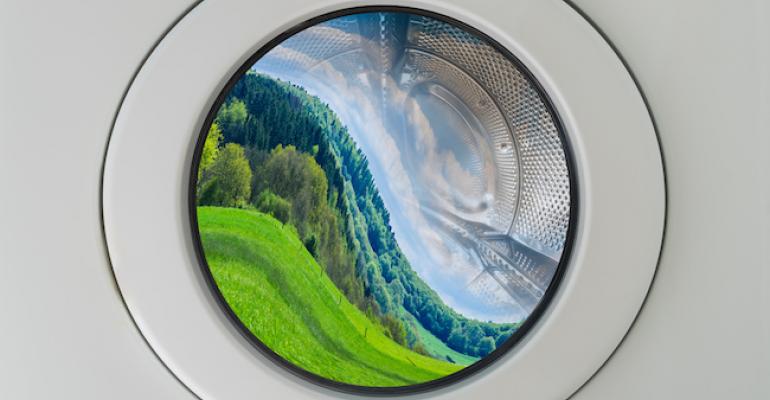 Is a package truly compostable if no composting facilities are willing to take it and there is no specific program to collect it? Or is it simply an example of "greenwashing?"

In the eagerness to prove the sustainability of plastics, an idea blossomed that somehow someone could turn plastic into soil, mimicking the life cycle of a leaf or grass. Thus began the quest for the Holy Grail of making plastic waste disappear via composting. There was just one problem: Plastic doesn’t really compost the way a leaf might. Because its molecular chains are linked tightly together through an industrial process, those polymer chains won’t break down to become part of the soil like leaves and twigs, grass and food waste do. No matter how hard they’ve tried, no one has been able to make so-called “compostable” plastic achieve anything close to that.

Many in the plastics industry — and environmental groups outside the industry — have been critical of the whole idea of “compostable plastics.” They claim that it is “greenwashing,” not so much because certain bioplastics won’t break down — they can, but not fast enough or completely enough to satisfy the requirements of commercial composting facility owners.

On March 3, Axel Barrett, the editor of Bioplastics News in the UK, published a series of articles originating in the Netherlands that focused on plastic composting’s utter failure. In one article, “Netherlands Composting Does Not Want Compostable Plastics,” the Dutch Waste Management industry said, “We don’t want packaging in the bio-waste stream, even if it is compostable.” (I have news for the Dutch Waste Management industry: The U.S. composting industry does not want compostable plastic in its production stream, either.)

“The position of the Dutch Waste Management Association is clear: Focus on the recyclability of bioplastics and avoid the use of compostable bioplastics,” wrote Barrett. Bioplastics, remember, are those plastics that are made up of about 70% virgin traditional plastics and 30% plant-based plastics derived from sugar cane, corn or other plants. While these materials cannot be recycled with conventional polymers, there are probably ways to put these bioplastic packaging products into a waste stream of their own for recycling.

A study stemming from research at Wageningen University and Research (WUR) in the Netherlands totally caught the Dutch Waste Management Association off guard: “Compostable plastics break down quickly enough in the current Dutch VFG waste processing.” However, the WUR performed research in “one specific composting company” that had no similar competing methods at any other facility. Additionally, “only a few compostable bioplastic products” were added to the composting process and were “not representative of compostable bioplastic products in general, because the choice of these products has been decided in advance to co-benefit and influence the citizens.”

The study’s conclusions, therefore, were not “representative” of composting practices in the Netherlands. More importantly, they can lead to choices by producers who are well-intentioned but are bad for the climate and the environment.” The Dutch Waste Management industry also commented that it is “a shame to give bioplastics a single-use destination, when recycling is already possible and, therefore, much more sustainable.”

This also raises a problem for commercial composters: If bioplastics are mixed with conventional plastics, it increases the risk of contamination of the organic mulch.

As I’ve been told several times by composting facility owners, their customers do not want to see bits of plastic in their garden soil compost.

In another posting on March 3, Barrett published translated commentary from a Dutch documentary, The Documentary that Killed Compostable Plastics in the Netherlands (De Monitor), on the topic of compostability. Two people are talking and one asks, “If it says ‘compostable,’ are these packages being composted?” “Yes,” replied the other. “It says 100% compostable.”

In another commentary, Barrett explained that there is nothing about the compostability of plastics that lends itself to being circular. “In a circular economy, we try to keep resources in the cycle for as long as possible,” said the article. “Biodegradation of plastic is the decomposition of material into carbon dioxide and water.” The European standard of compostability is that “plastic should be 90% perished after 12 weeks. This means that the standard leaves room for 10% of material that does not have to perish.”

Tesco, a UK grocery store chain, recently released its new packaging strategy, and the company is taking a lot of heat from the Bio-based and Biodegradable Industries Association (BBIA). Why? Because Tesco has finally seen the light and is dropping all packaging labeled as “compostable.” Tesco wants all of its packaging to be recyclable. For plastics, it means that PET, HDPE, and PP qualify but compostable PLA, oxy/oxodegradable, and black plastic are not allowed because “customers cannot easily recycle them.” The goal, according to Tesco, is to “help colleagues and customers use less plastic and recycle more.”

Tesco needs to be commended for its courage in calling out compostable plastic for being non-compostable, mostly because of a lack of facilities that will take so-called “compostable” plastic. The grocery chain recognized the greater good in reducing packaging and using recycling as the primary way to capture value in waste plastics.

While some plastic bag and container manufacturers continue to promote compostability — even promising home compostability in backyard bins — plastic does not decompose like a banana peel or grass. That fact is finally being recognized by many companies that had added “compostability” to their list of sustainable options for plastic packaging. There are more — and better — options than “compostable” plastics, which, in reality are not.