This plastic is compostable . . . NOT! 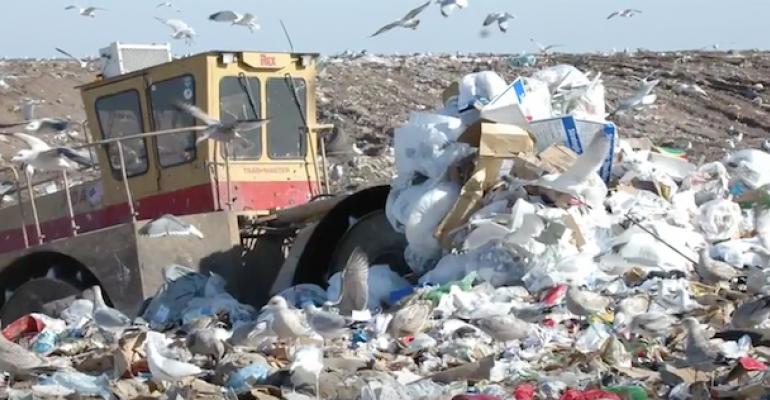 A battle has been brewing over the compostability of so-called compostable plastics—aka bioplastics—that are supposed to disintegrate under commercial composting conditions, such as heat, microbes, moisture and so forth. That has changed in some cities like Portland, OR: As of March 1, 2015, the city no longer takes non-food items at its composting facility. "Loads with more than trivial amounts of these materials will be treated and charged as garbage," say the city's instructions on composting.

A battle has been brewing over the compostability of so-called compostable plasticsâ€”aka bioplasticsâ€”that are supposed to disintegrate under commercial composting conditions, such as heat, microbes, moisture and so forth. That has changed in some cities like Portland, OR: As of March 1, 2015, the city no longer takes non-food items at its composting facility. "Loads with more than trivial amounts of these materials will be treated and charged as garbage," say the city's instructions on composting.

That means that compostable plastics are verboten! Yes, all those "compostable" plastic utensils, plates and cups that everyone feels so good about using are suddenly finding their way to the landfill because the commercial composting facilities found out that they won't compost, after all!

It seems that the change in Portland came about as a result of an increasing amount of non-food items being put in composting bins and mucking up the works at the company that converts food waste into methane, which is used for energy. So much for that great, green idea!

What the marketers of these "green" compostable utensils and cups forgot to tell consumers is that, while many different plastics will add value to the compost system, there are others that will not. Enso Plastics (Mesa, AZ), a developer and manufacturer of environmental plastic solutions, which includes additives that, notes the company website, "are natural plastics such as starch and Enso Renew that are virtually identical to food waste. There are other synthetic plastics that will compost, such as PLA, that are not similar to food waste (and will not biodegrade in your backyard, either). These second types of compostable plastics add absolutely no value to the compost system."

That sounds like a reasonable alternative to something that is supposed to be compostable but isn't.

California law actually "prohibits the sale of plastic packaging and plastic products that are labeled with the terms biodegradable, degradable or decompostable or any form of those terms, or that imply in any way that the item will break down, biodegrade or decompose in a landfill or other environment." While this law raised a ruckus among bioplastics producers when it was passed a couple of years ago, perhaps California saw the downsides of bioplastics more clearly than the producers.

In checking around with various cities, Portland is not the only municipality that is struggling with the complexities of compostable vs biodegradable vs recyclable, and how to handle each one of these. Some cities offer three separate bins: Trash, recyclables, compostable items (only food--no utensils, cups or plates that claim compostability). Others publish booklets on how to sort and what to throw where.

Even recycling has become complex. Some cities, such as Phoenix, have one bin into which all #1 to #7 plastics, metals, glass and paper are thrown for recycling. The trucks pick up this conglomeration and haul it to a recycling center, where it is sorted and the individual recyclate is handled.

Recently, Dan Springer, a reporter for Fox News in Seattle, reported on the city's hiring of nine full-time solid waste inspectors, whose job it is to inspect curbside city trash bins "to make sure people are recycling. Additionally, contracted waste haulers have been effectively deputized as trash police, given the authority to tag bins when people fail to recycle and compost enough." However, some residents are upset about being taggedâ€”and finedâ€”for their failures, and have filed suit against the city "over what some call an intrusive government program." In all, more than 14,000 residential and commercial customers have been tagged for failure to recycle or compost properly. "The sticker warns them that more than 10% of their trash content should have been recycled or put into compost bins," said Springer. "The mandatory composting ordinance calls for fines ranging from $1 to $50 starting Jan. 1, 2016.

It seems to me that incineration would be the most eco-friendly alternative when one really looks at the total cost of ownership of all this material. It would provide cost-effective energy solutions to developing countries that have a problem with energy production. It would also reduce the total carbon footprint produced by hauling all of these various materials around the country, and even around the world!