US PET Bottle Recycling Rate Dips in 2019, According to NAPCOR Report 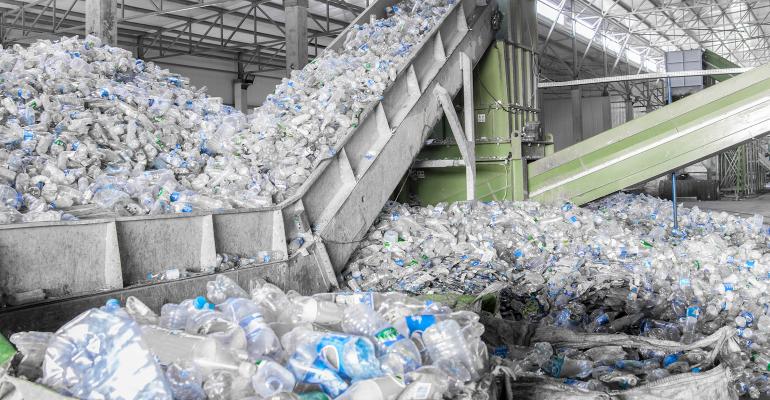 In its 25th year, the 2019 PET Recycling Report includes for the first time recycling rates in Mexico and Canada.

The US recycling rate for polyethylene terephthalate (PET) bottles dipped slightly in 2019, according to a report from the National Association for PET Container Resources (NAPCOR). It declined from 28.9% in 2018 to 27.9% in 2019, notes the 2019 PET Recycling Report.

“The inclusion of a North American rate is appropriate and encouraging in light of a suggested test and recycling rate threshold published by the Ellen MacArthur Foundation’s New Plastics Economy,” said Darrel Collier, NAPCOR Executive Director.

According to the group’s Global Commitment Progress Report 2020, “the suggested threshold to prove recycling or composting works ‘in practice and at scale’ is a 30% recycling/composting rate achieved across multiple regions, collectively representing at least 400 million inhabitants.”

Collier explained that “PET is one plastic that continues to demonstrate the ability to be recycled over and over. The PET reclamation industry is primed to receive more bottles to meet the demand of the circular economy, but we still have work to do on the collection side.”

NAPCOR’s report examines the use of rPET in end markets, which has seen significant growth in recent years in both food/beverage and non-food/beverage bottle categories, with total bottle end markets up 41% between 2017 and 2019. That growth was offset by a decline in the PET thermoform and sheet market, which saw a 16% drop within that time frame. However, PET thermoforms collected for recycling surpassed the 2018 number, resulting in its highest level with 144 million pounds collected. In 2019, end market segments within some key thermoform markets announced content commitments for postconsumer recycled PET thermoforms.

“The increase of postconsumer rPET usage in food/beverage and non-food/beverage bottles points to a continued commitment toward a circular economy by brand owners,” stated Tom Busard, NAPCOR Chairman, Chief Procurement Officer for Plastipak Packaging Inc., and President of Clean Tech, Plastipak’s recycling affiliate. “We are encouraged and supportive of this objective.”

Speaking with PlasticsToday, NAPCOR’s Collier commented that more converters are entering the recycling market in response to demand that plastic makers and converters take more responsibility for what they produce. “The latter is definitely the case for Plastipak, which is big in the United States and Europe,” Collier said. “About three out of four PET resin producers are getting into recycling, not necessarily for a return on investment but [because they see] recycling PET as a critical product offering. Many can offer a 75/25 rPET material or even a 50/50 rPET material.

“The downstream guys have made sustainability pledges and it’s clear that they’re living up to those sustainability commitments despite paying a significant premium over the cost of virgin resin,” Collier added, noting that the bottle-to-bottle segment reports that “business has remained strong throughout the pandemic.”

Collier discussed the role of advanced recycling (aka chemical recycling), noting that the larger issue is economics. “PET will develop in this role with almost 1.8 billion pounds of bottles in the United States. Even though we’ve grown reclaiming by a billion pounds, we’re still hovering around a 30% recycling rate. There are colored bottles and various others for which traditional mechanical recycling is limited. It’s not a technology question, but an economics question,” said Collier. “If there is a barrier to advanced recycling it will be economic — collecting the feedstock.”

NAPCOR continues to work to address the industry’s ongoing challenges, with particular focus on methods to increase the amount of PET that gets recycled. This is the 25th year that the PET Recycling Report has been issued by NAPCOR. The full 2019 report may be purchased on the NAPCOR website.