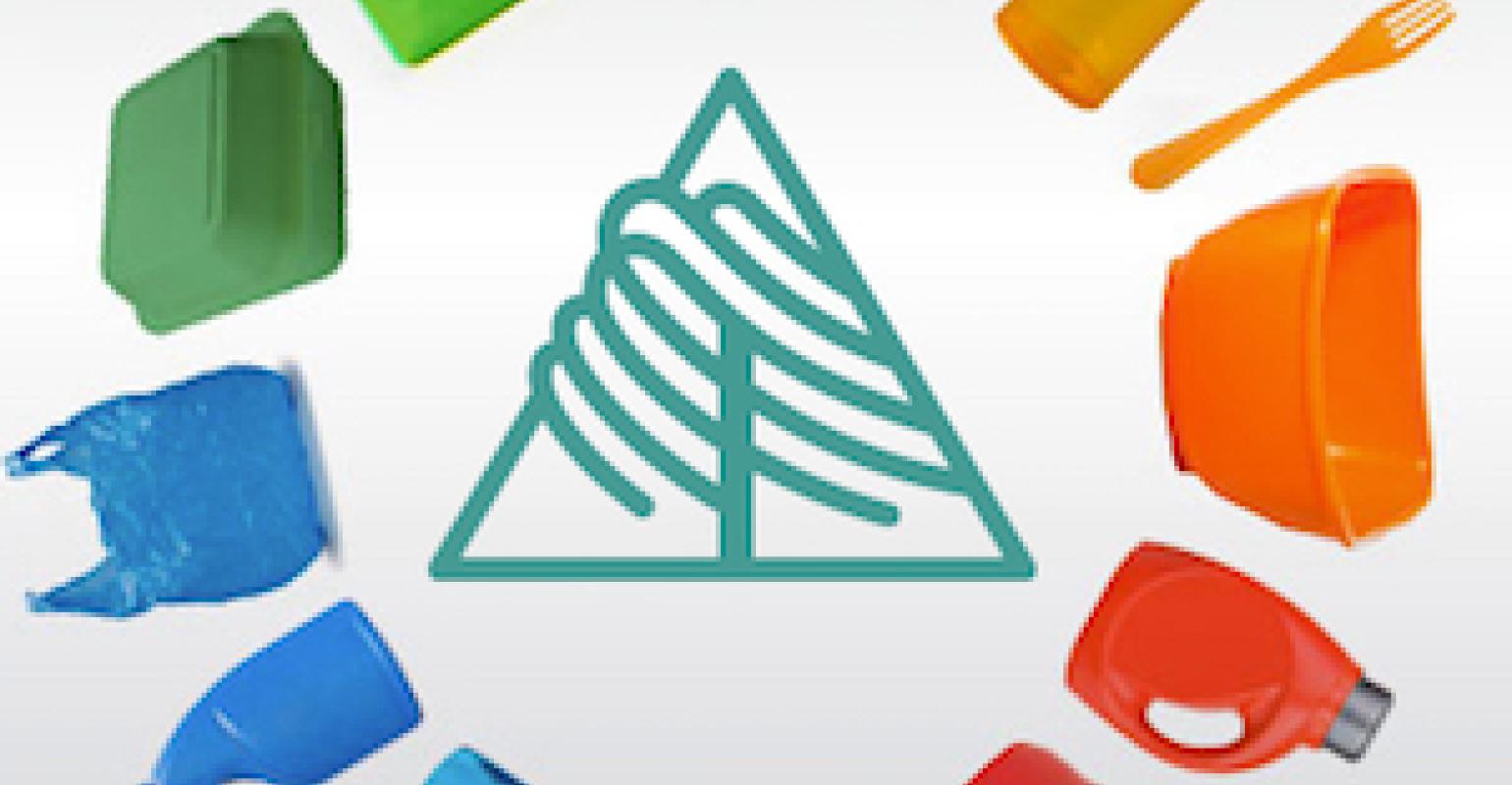 The new policy is a result of confusion over the use of “bio-degradable,” “oxo-degradable” and “photo-degradable” to describe plastics containing degradable additives.

Degradable additives are chemical compounds that are often incorporated in conventional plastics such as polyethylene, polypropylene, polystyrene, polyethylene terephthalate and polyvinyl chloride  during the converting process. When used in relation to a plastic item, the terms “bio-degradable,” oxo-degradable” and “photo degradable” may not be supported by third-party tests using standards and protocols published by ASTM, ISO or other bodies. In addition, plastics that contain degradable additives can harm plastic recycling, as these additives may be mixed unknowingly with non-degradable plastics and cause the resulting feedstock to be significantly compromised.

As a result, ISRI suggests the following:

Oxo-degradable additive technology has been around since the 1970s, according to Ray Loflin, Technical Sales Director for Willow Ridge Plastics (Erlanger, KY). Willow Ridge is one of the leading oxo-degradable additive developers and manufacturers in North America. Working directly with clients and customers, the company offers a fully staffed laboratory to perform research as well as manufacturing and testing to ASTM standards for companies that use its products.

With seven different types of commercial additives, each tailor made for a specific situation, Willow Ridge finds solutions to the degradability of a plastic and suggests the best additive for a given situation, Loflin explained.

Willow Ridge performs third-party testing for companies and governments worldwide. “The latest project we did was through the Rwandan government,” said Loflin. “They banned plastics in their country—no plastic film allowed—so we performed a 3 ½-year study for Rwanda at our expense.”

Testing through OWS, the leading laboratory for biodegradation studies overseen by the Rwandan bureau of standards, showed that in two years the plastic had degraded to the point that it could be called bio-degradable as well as not harmful to plants or animals. The material breaks down into CO2, H2O and humus (soil). It was a room temperature study using Rwandan soil, and no accelerated testing was done.

“It’s the first time I’m aware of where bio-degradable testing was done with soil from the country where the testing was being performed,” said Loflin. “We’re working to write laws in Rwanda to bring back plastic packaging because the ban has really hurt their economy. Their packaging right now is paper, twine and paperboard.”

Every study that is done on oxo-degradable additives for plastic follows the same pattern: The first 90 days are a priming stage—compost inoculums are introduced and very little biodegradation takes place. “However, after 90 days you see a ramp-up of microbial activity. Then check to see how much CO2 is released. When the only carbon that you see is from plastic, you’ll know you’re [at the biodegradation level],” said Loflin.

Currently, according to Loflin, 40 countries outside the United States encourage the use of oxo-biodegradation. While there are alternative materials such as PLA, they are more expensive. Loflin noted that India requires oxo-biodegradation in many plastic film applications “because they can’t afford a starch-based product. Also, the disposal method is much better. When it comes to disposing of oxo-biodegradable plastic, it can be added into the recycling stream without adversely affecting the material properties,” said Loflin.

Oxo-biodegradable additives often get a bad rap because people say that they encourage littering. “No one will encourage the idea of littering, and Rwanda has a law that every citizen has to clean neighborhood streets for 15 minutes each month,” said Loflin. “They have created a society where no one litters. There have been studies that show that oxo-biodegradation actually reduces litter pollution.”

According to EPI, “the intent has been to develop a plastic that is as functional as commodity plastics but that degrades and biodegrades relatively quickly in a disposal environment (litter, landfill, compost, water and soil).” EPI developed a proven technology, trade-named TDPA: When added in small quantities to the most common commodity resins during manufacture of plastic products, it causes the modified plastic to degrade at a controlled rate, using the reaction of the plastic with oxygen in the air, initiated by exposure to ultraviolet light (sunlight), elevated temperatures and/or mechanical stress.

Misinformation about degradable additives interfering with the recycling stream continues to proliferate in the public domain, however.

“That’s what scares people,” said Loflin, “the idea that somehow the degradable additive will negatively impact the resin. But with only 1 to 2% loading in the resin, when you recycle it there’s just one-thousandth of a percentile of the additive in the batch—it will never be noticeable by anyone who uses the recyclate. You can even put additives in things to prevent oxidation. But, people don’t want to talk about it—they just want to hold you to a specific standard, regardless of the science. There’s a lot of misleading information out there about oxo-biodegradable.”

Dr. Gary Ogden, Technical Manager for Wells Plastics Ltd., is also the Chairman of the Oxo-Biodegradable Plastics Federation (OBPF), a trade group of degradable additive manufacturers. Ogden explained to PlasticsToday in an e-mail that the three suggestions put forward by ISRI concern the perceived negative aspects of recycling oxo-biodegradable plastics.

“The three suggestions are concerned with firstly, and rightly, that any claims for oxo-biodegradability are supported by third-party test data to accepted standards,” wrote Ogden. “Secondly, ensure that the introduction of oxo-biodegradable products does not harm . . . recycling practices, and thirdly, that the additives do not encourage or excuse poor consumer behavior (i.e., littering).” Regarding the second point, Ogden stresses that “this is not endorsing the use of oxo-biodegradable products in recycling or confirming that they do not harm recycling, but rather recommending that accepted studies are undertaken to ensure that the products do not introduce problems to the recycling stream.”

Danny Clark, President of ENSO Plastics, a Mesa, AZ–based company that provides environmental plastic solutions using additives to enhance the biodegradability of traditional materials, also commented on ISRI’s new suggestions. “Their position seems to be that claims should be backed by third-party research using ASTM/ISO standards [and that the] additives not harm recycling and don’t encourage littering. I think that is a responsible approach and policy, and is the same position as the FTC,” Clark commented to PlasticsToday.

“For some plastics that are recycled, the goal should be to not negatively impact that infrastructure,” added Clark. “Since we know that more than 90% of all plastics are land-filled, we should be allowing the flexibility of innovation to address this much larger aspect of plastic waste. ISRI’s position is very different from APR’s (Association of Plastic Recyclers) position of attacking biodegradable additives, regardless if they show no impact to the recycling infrastructure.”

In 2015, Michigan State University put out a study, “Evaluation of Biodegradation-Promoting Additives for Plastics,” conducted by researchers at the schools of Packaging and Biosystems and Agricultural Engineering. Adelene Ong, Technical Director for EPI Environmental Plastics Inc., wrote a rebuttal statement to MSU’s findings, noting that the study “was found to contain a number of methodological flaws and scientific inconsistencies.”

Ong concluded her April 1, 2015, statement by saying, “The use of irrelevant test methodologies and protocols by the team at MSU in this study raises substantial doubt on their knowledge and understanding of oxo-biodegradable plastics. As a result, we dismissed their unfounded test results and findings.”