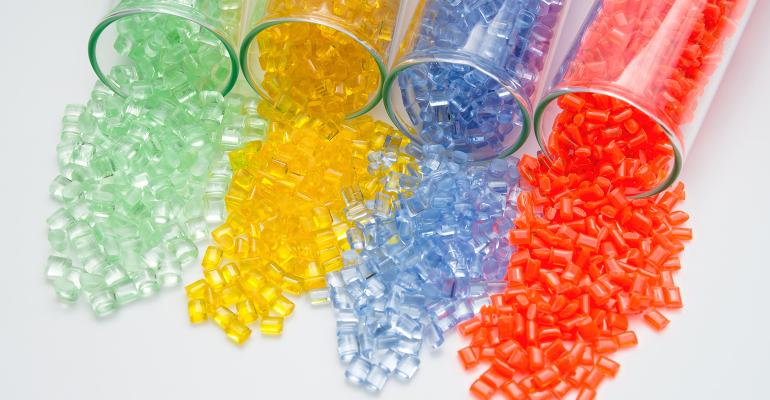 A flurry of December resin specials typically show up this time of year, but it seems that they might be relatively absent in 2022.

Spot resin trading surged as November drew to a close and the heightened activity spilled over into the first days of December, reports the PlasticsExchange in its weekly Market Update. Trading and interest were robust, with railcar volumes once again exceeding truckloads. This created some challenges in terms of availability, as resellers and trading partners have thinned out their packaged inventory, which is typical near the end of the year.

For the second straight week, Prime polyethylene (PE) and polypropylene (PP) prices remained unchanged. The flat spot market came as November contracts were finalized. As expected, PE rolled over at October prices and PP had a small decline, as the penny increase in polymer-grade propylene (PGP) was outweighed by a two- to three-cent contraction in resin margins.

PE producers will keep increases of up to $0.07/lb on the table for December and at least one producer has nominated a fresh $0.08/lb increase for January, according to the PlasticsExchange. PE producers have successfully worked down inventory levels in recent months, and PP finally saw its first, albeit small, draw from domestic stockpiles in October.

The threat of a major rail-worker strike was averted after the White House signed legislation blocking a work stoppage. However, railroads remain congested, with rail yards in the Midwest and Texas not expected to clear until the end of this year. In the meantime, producers are trying to battle congestion with more aggressive demurrage programs and long-term storage fees for containers. Houston warehouses are still largely filled near capacity, some of which is committed to export sales awaiting shipment, although the flow of railcars awaiting packaging has eased along with reduced resin production.

PE trading remained quite active heading into December, with a healthy volume of resin changing hands through the PlasticsExchange platform. Trading was overwhelmingly held to linear-low-density PE commodity grades. A number of railcars and truckloads for Film, Injection, and Roto sold to both dealers and processors. High-density PE business was limited to blow molding material, and there was relatively little interest in low-density PE, which at times has been the most active material at the PlasticsExchange. Average PE prices remained flat the week of Dec. 28, as the pricing range continues to consolidate.

Spot offerings were light, as reduced resin production the past few months has noticeably diminished producers’ aggressiveness with both discounts and offerings. A flurry of December resin specials typically show up this time of year, but it seems that they might be relatively absent in 2022. The stable pricing comes as PE producers have successfully tightened the market by significantly reducing inventory levels since August and keeping operating rates in the mid-70% range. The PlasticsExchange expects reactor rates to remain reduced at least through the end of the year. If so, there is a good chance that December ends with the lowest inventories of 2022. The tighter market conditions and less aggressive offers also factored into the rollover for November contracts, the second consecutive flat settlement. The PlasticsExchange writes in the report that it does not expect the December increase on the table to have traction, though it might be a different story during the first quarter of 2023, it adds.

PP activity ramped back up after the lethargic Thanksgiving holiday week, and both homo-polymer (Ho) and co-polymer (Co) PP prices ended the week flat. Another round of Prime PP railcars rolled in at well-discounted prices, some for export and others for domestic shipments, but by the end of the week most of the offers had sold. Some suppliers then claimed to be done with the lion's share of their December spot prime offers. We will see if the discipline holds up, comments the PlasticsExchange.

Demand improved a bit, as processors did some re-stocking and resellers were seen taking some positions at these favorable levels. Demand was consistent throughout the week, with about half the volume split between Prime HoPP and CoPP truckloads and railcars. There has been a lack of good off-grade CoPP railcars, particularly High Flow, and the PlasticsExchange notes that it has underlying demand in case more material becomes available. There was good availability of ready-to-ship HoPP truckloads, both Prime and off grade, while packaged CoPP remained a challenge and carried a nice premium. With November PGP contracts up a penny, November PP contracts have come down $0.01 to 0.02/lb after factoring in two to three cents of margin erosion.