Should plastics expect the LeBron treatment in Orlando?

So, the NBA All-Star weekend wrapped up Sunday night. The events and games are entertaining and all, but I found myself watching the events a little more closely than usual. Could it be because my team is no. 1 in the West? Or maybe it's because All-Star weekend was held at the very same city the plastics industry will invade come April.

So, the NBA All-Star weekend wrapped up Sunday night. The events and games are entertaining and all, but I found myself watching the events a little more closely than usual. Could it be because my team is no. 1 in the West? Or maybe it's because All-Star weekend was held at the very same city the plastics industry will invade come April. 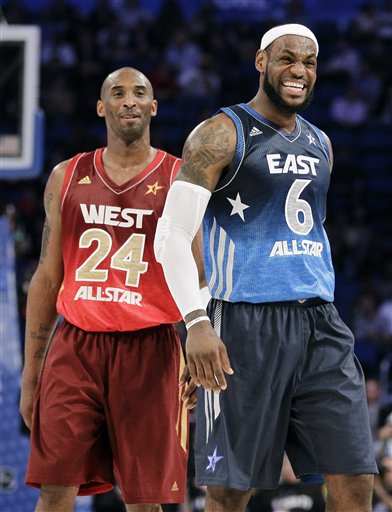 Orlando certainly rolled out the red carpet for NBA stars such as LeBron James, Kobe Bryant, and Kevin Durant. There were flashing lights, fog effects, and blaring hip-hop music. I wonder if we should expect the same treatment at NPE2012?

After all, according to SPI, this might be one of the biggest NPE shows of recent years.

About 1830 companies have purchased 903,000 sq ft (83,890 sq m) of exhibit space at NPE2012, and commitments by more companies can be expected between now and opening day, SPI stated. The exhibit space total thus far is one-fifth greater than the amount actually occupied at NPE2009.

While All-Star weekend featured lobs and drunks from the likes of Chris Paul and Blake Griffin, NPE attendees will be entertained by aisle after aisle of working plastics equipment filling the exhibit halls with clamor and action. SPI stated the equipment total for NPE2012 will exceed the weight of two hundred Boeing 747 jetliners.

All-Star weekend had hip-hop artist Pitbull perform during half-time show doing his form of rapping, which sounds more like talking, to the crowd.

Well, NPE might not have anyone named Pitbull, but it will feature Jon Huntsman, Jr., the former Governor and ambassador, delivering the keynote address. Since Huntsman is a politician well versed in plastics (Huntsman Corp. is global plastics and chemicals maker with annual sales of more than $9 billion), you can expect a lively speech about the industry.

Okay, so the similarities are pretty slim when comparing NBA All-Star weekend and NPE, other than the fact both events share the same location - sunny Orlando, FL.

Maybe we won't have a red carpet or fog effects welcoming us to Florida, but rest assured, as we uncovered in our upcoming NPE Show Issue, there is a wide variety of dining, entertainment, and attractions in Orlando to occupy your time.

And if you are really looking for a connection between sports and plastics, don't forget the Plastics in Sports exhibits and demonstrations at NPE2012 to showcase the impact of plastics in the sporting world. From the evolution of the golf ball, to the science and technology behind building race cars, to protecting the participants in sporting events, SPI will provide a look back at the technological achievements in sports through plastic materials, molding, equipment, designs and the processes that were used in past decades. It will also feature products, services and technologies that will allow the industry to shape the future of sports.

Tell us, will you be attending NPE? What are you most looking forward to?