Sidel launches carbonated drinks option for its PET bottle base 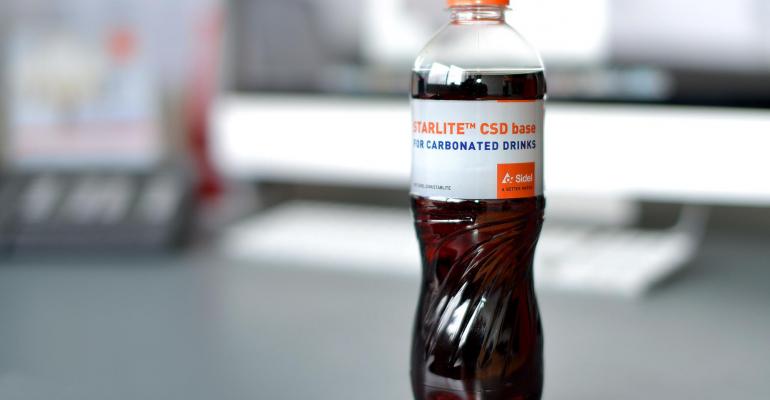 Sidel has developed a carbonated soft drinks (CSD) version of its StarLite PET bottle base. Sidel's StarLite is a uniquely shaped base that the company claims increases the overall resistance and stability of PET bottles. It can also reportedly reduce the amount of PET material needed to produce the finished bottle.

Sidel has developed a carbonated soft drinks (CSD) version of its StarLite PET bottle base. Sidel's StarLite is a uniquely shaped base that the company claims increases the overall resistance and stability of PET bottles. It can also reportedly reduce the amount of PET material needed to produce the finished bottle. 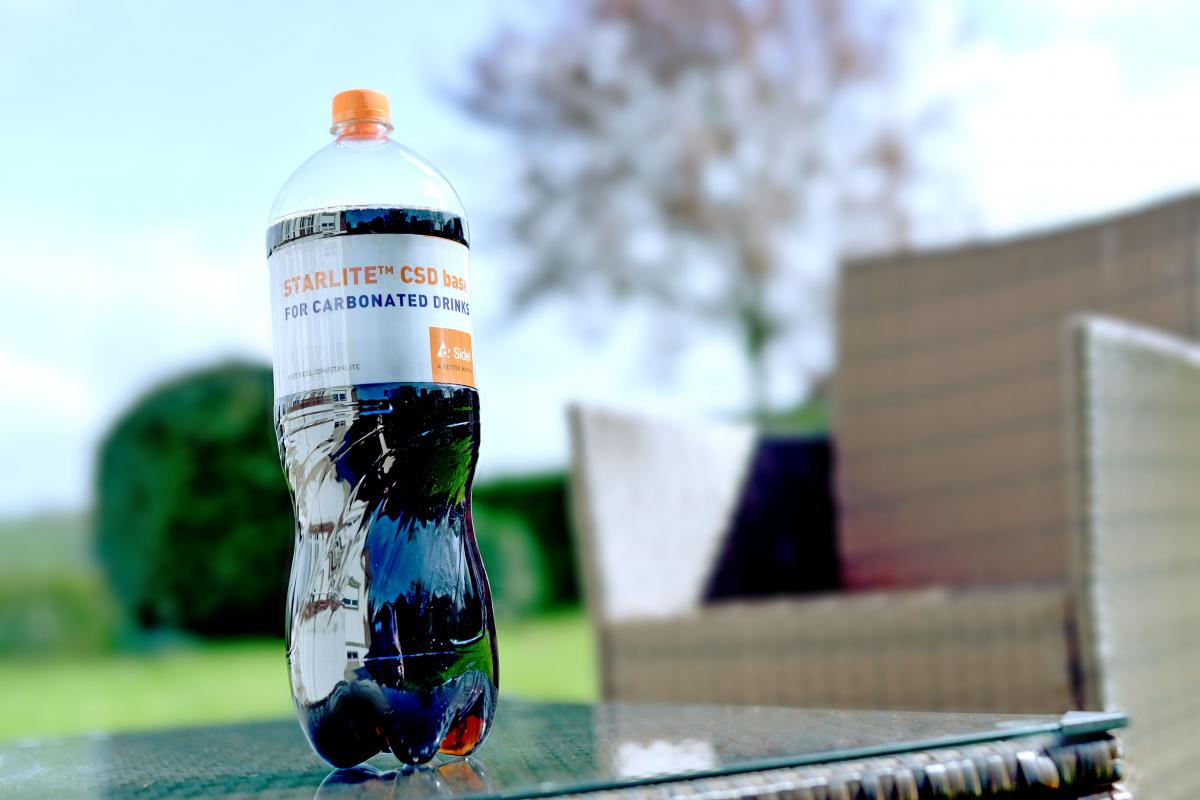 The award-winning StarLite base design was originally developed for non-carbonated drinks where the bottles are under less pressure. The still drinks version was launched in 2013, and that design won the 'Best Environmental Sustainability Initiative' category at the 2013 Global Bottled Water Awards. Seeing the potential for its usage in CSD, Sidel's packaging division took the principles adopted in the still drinks base and analyzed different base designs to achieve the optimum performance and strength for CSD products. They then carried out numerous computer simulations followed by real-world physical tests.

Several Sidel customers have trialed the StarLite CSD bottle base and have reported significant improvements in resistance to stress cracking. Under the test protocol of the International Society of Beverage Technologists (ISBT), the new base lasted 30% longer for 0.5 liter bottles, 50% longer for 1.5 liter bottles and 60% longer for 2.0 liter bottles. The base successfully completed the ISBT 24-hour creeping test under 45°C conditions, compared with 38°C required under standard testing. Sidel says that this means the base has better resistance and is less likely to burst during production or deform during transport.

Laurent Naveau, packaging care manager at Sidel, said the carbonated soft drinks segment remains the second most popular after water with about 220 billion liters consumed in 2013, representing 28% of the global non-alcoholic beverage market.

"Around 40% of this amount is packaged in PET," Naveau said. "These huge figures help explain why we are constantly striving to help beverage producers worldwide unlock value from their CSD bottles."

He continues: "One way of doing this is to reduce bottle weight and therefore the costs of PET and the environmental footprint, while maintaining or improving bottle performance.  With StarLite CSD, Sidel can help beverage producers achieve exactly this for their carbonated soft drinks production."

The new design includes four key patents covering the slopes, ridges and truncations of the bottle base. The StarLite design is easier to blow than previous CSD bases because it can be done within a wider range of parameter settings on the blower, while still achieving the desired performance, the company said. It can be used on all Sidel blowing platforms for liquid packaging - including the Sidel Matrix system - at all existing output speeds.

The base can easily be incorporated into existing bottle designs by Sidel's packaging engineering team.  It can also be retrofitted onto existing production lines and molds, using Sidel's accompanying enhanced StarLite CSD mold bases and line conversion services.  The accompanying Sidel StarLite CSD mold features an enhanced venting design for optimized cooling capabilities, and was developed in tandem to reach the desired high StarLite CSD bottle base performance levels.