Slow rise in recycling for EPS 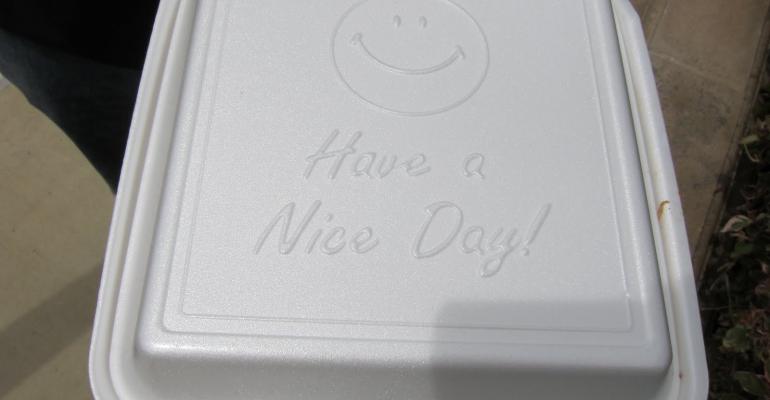 It's a question that comes up time and time again. Is expanded polystyrene (EPS) recyclable? The answer is yes, but it's a bit more complicated than other materials.    While the lightness of the material provides plenty of benefits in use, it does pose a hindrance at its end-of-life. Earth 911 states on its website that even if a community recycles plastic #6, it may not accept EPS.

It's a question that comes up time and time again.

Is expanded polystyrene (EPS) recyclable? The answer is yes, but it's a bit more complicated than other materials.

While the lightness of the material provides plenty of benefits in use, it does pose a hindrance at its end-of-life. Earth 911 states on its website that even if a community recycles plastic #6, it may not accept EPS. 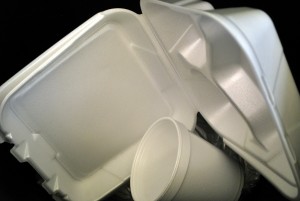 "It's a similar case to the plastic bag conundrum, where different versions of plastics require separate recycling streams," the site wrote. "Because of the varied uses for EPS, recycling requirements are a little more complex than, say, paper and other plastics, but it is worth taking the time in order to keep this prevalent material in use and out of landfills."

Still, despite that, in 2012, post-industrial and post-consumer expanded polystyrene (EPS) recycling increased from 71.3 million to 93.7 million lb, according to the EPS Industry Alliance (EPS-IA).

EPS post-consumer recycling represents 50% of all post-use polystyrene recycled in the U.S.

This news comes on the heels of a report that overall global demand for polystyrene has declined by 6% from the time period 2003-2013, according to IHS.

Priya Ravindranath, principal analyst for IHS at the Global Plastics Summit, said that a key reason for the decline is the substitution of PS for other materials, such as PET and PP in packaging. With the higher prices of PS it can't compete with the lower costs of other materials. In fact, the NAM PS prices are at the highest level seen to date, driven by benzene.

But it's not just the high price that is moving people away from PS, it's also about perception. New York City Mayor Michael Bloomberg called for a citywide ban on polystyrene foam food packaging from stores and restaurants. In June, Bloomberg introduced legislation to prohibit polystyrene foam. There are currently more than 72 PS bans in California.

"There's a negative perception about PS in food packaging," she said. "Several cities have banned it. Many fast food chains are moving away from it."

Still, the EPS industry is working to combat the bans by increasing recycling rates. For instance, the EPS Industry Alliance is now accepting nominations for the 2014 Excellence in EPS Recycling Award.

This award is intended to encourage members of the EPS recycling community to continuously strive for greater achievement, while raising public awareness of their work and EPS recycling in general. The 2013 award saw many submissions from a variety of companies and organizations and was ultimately presented to Dart Container, which has had significant success in campaigning for local EPS recycling collection, notably in Los Angeles.

"It doesn't bother me when I heard the word ban, what bothers me is when people say it's not recyclable," he said. "It's absolutely recyclable and we're doing it."

Professionals from many different fields related to the EPS recycling industry will judge the contenders. The judges for 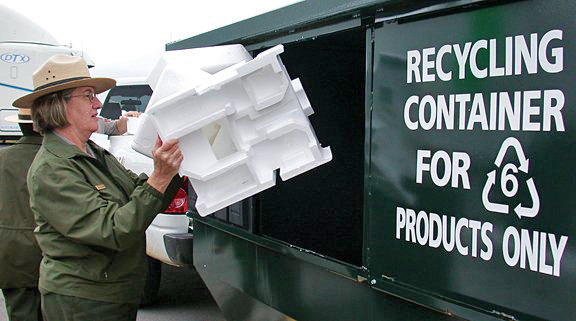 Each individual company or entity will be judged on achievements in new program developments or existing program improvements that significantly improve EPS recycling, innovations in recycling that show exemplary results in material processing efficiencies, and improvements to existing technology or developments of new technology that expand EPS recycling efforts. Each category has specific evaluation criteria that will be weighted to equalize submissions from big and small companies or organizations allowing them to compete on a level playing field.

Nominations are welcome from the public and private sectors, businesses, industry, schools, government and non-profit agencies, civic or volunteer organizations and individuals. Self-nominations are also encouraged. Nominations can be submitted through the EPS-IA website and must be received by December 20th. The award will be presented to the winner at the 2014 EPS EXPO in March.