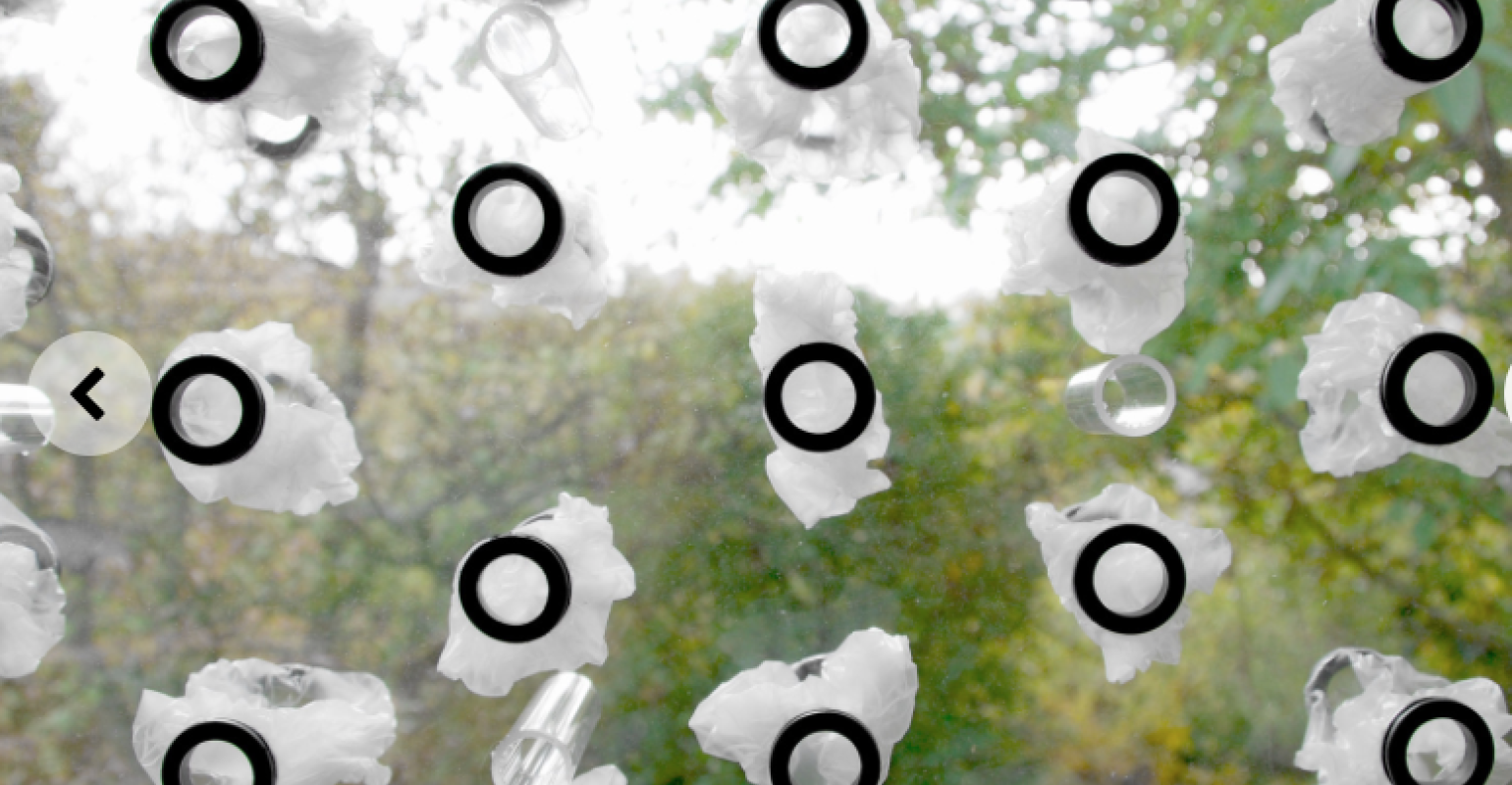 Covestro’s Makrolon polycarbonate sheets have been used for many things, but this is the first time they’ve been made to be breathable. The technology can be seen at the Breathing Skins showroom in Germany, where a permeable outer envelope for buildings is on display that adapts the indoor climate to the needs of the occupants. 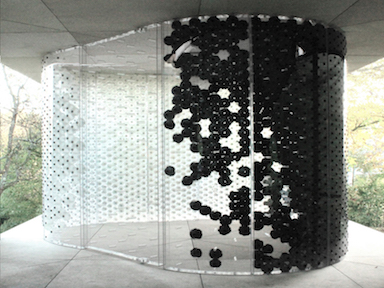 Polycarbonate sheets offer more to architecture than transparent glazing alone. As a student of architecture at Stuttgart University, Tobias Becker came up with the idea of creating a breathing building facade skin using transparent solid sheets of Makrolon polycarbonate.

His Breathing Skins technology mimics organic skin that is able to adjust its permeability to control the flow of substances between inside and outside. The inspiration for developing a breathing facade skin comes from the idea of ventilating an interior via pore-like air ducts without creating a draft. The ducts are fitted between two perforated, transparent solid sheets of Makrolon GP clear 099 polycarbonate from Covestro. A low-energy compressor controls the some 140 pneumatic ‘muscles’ per square meter, which regulate the amount of incident light, views, and air that pass though. The ducts can be sealed by applying a small overpressure to the facade element, while applying a slight underpressure causes the reversible air ducts to widen. The entire sandwich design weighs less than eleven kilograms per square meter.

The more the pneumatic muscles dilate, the more the facade’s appearance changes. Permeability for light and air as well as see-through visibility can be modified locally and gradually. The concept is based on biomimetics, the basic idea of which is to observe nature closely and turn the findings into technical applications.

The showroom is a prototype for testing breathing skins facade technology. It boasts a facade of over ten meters long, has an area of 25 square meters and is split into several elements. To reinforce the image of a continuous facade, the load-bearing parts of the sandwich facade elements are all made of solid polycarbonate sheets. The interior has an area of eight square meters and a clear height of 2.4 meters.

Tobias Becker received Germany’s Federal Ecodesign Award in the Young Talent category in recognition of his project, while Covestro recently won the innovation award of the European Polycarbonate Sheet Extruders Organisation (EPSE) for this development.