Have your cup and eat it, too

Inspired by a fascination for Jell-O, Chelsea Briganti and Leigh Ann Tucker started up Loliware (New York City) biodegradable, edible cups that look like colorful vintage glassware. The colorful cups are made from a plant-based gelatin and are available in a variety of flavors seasonally and are a yummy alternative to 'disposable' plastic cups.

“Our solution is to eat the cup, because they’re fun and they taste great, or just compost them. Either way, you’re contributing to the solution, instead of the plastic problem,” says Briganti, who is optimistic that they can get more people to make a conscious effort on reducing their waste. 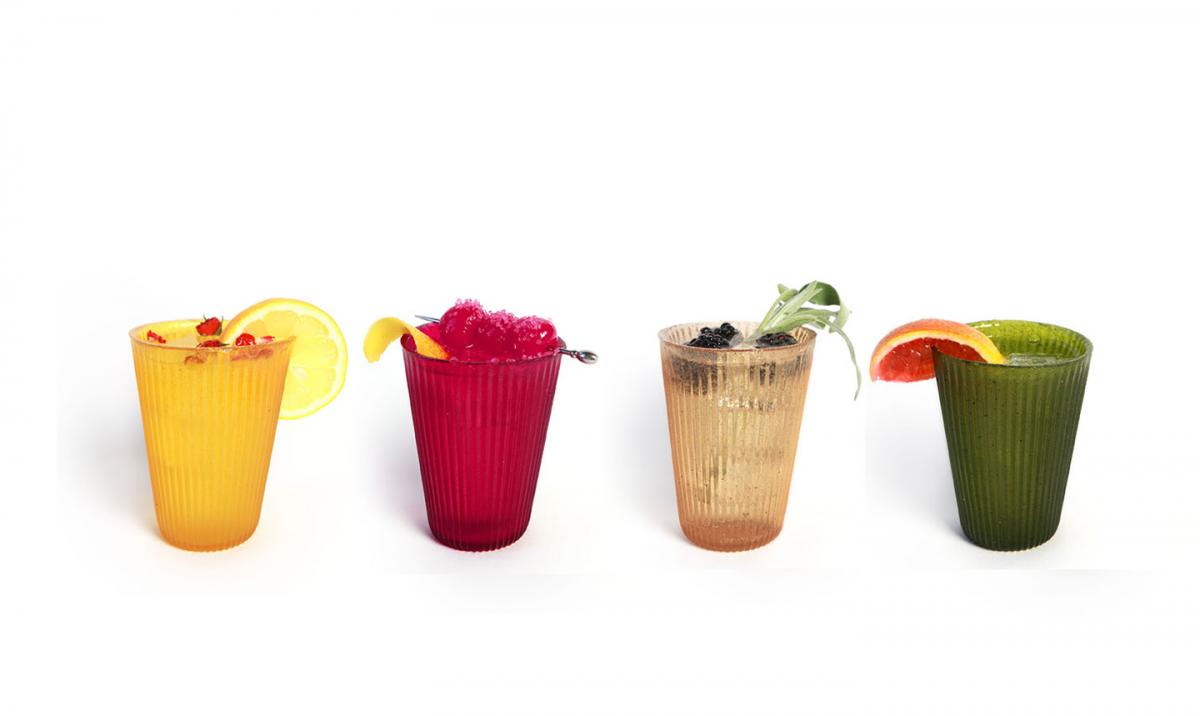 The idea of Loliware took shape almost two years ago when a group of four graduates from the Parsons School of Design were experimenting with sweet treats for a Jell-O mold contest. The prototype earned a prize for structural integrity which got people talking. Shortly after, the requests for orders came rolling in and Briganti and Tucker formed a partnership and decided to move forward and turn this into a business venture.

“We invented a new frontier at Loliware called ‘biodegredible.’ It sounds like biodegradable, but just replace the last bit of that word with ‘edible,’” Briganti explains to Packaging Digest. “We use six all-natural ingredients. The base is a seaweed gelatin that gives it its structure. We use all-natural sweeteners, organic ingredients and flavored-color derived from fruits and vegetables. So it’s a really high-quality product that consumers already love.”

And it’s not just consumers who are showing the love. Back in March, Loliware won the 2015 NEXT Accelerator Natural Products Pitch Slam at Natural Products Expo West, the world's largest natural, organic and healthy products industry event.

Loliware products are now available at the pool bar at the Four Seasons Hotel Silicon Valley. The cups, which can hold cool drinks for hours, are in demand for events and special occasions, says co-founder Leigh Ann Tucker. At $12 for 4 or $115 for 48, they’re not exactly cheap, though caterers and commercial food service providers get a discount of $1.50 a cup. Even so, Tucker projects that Loliware will hit $1.3 million in sales in its first full year of operations. The edible cups are also sold through Loliware.com at $14.95 for a pack of six.

Briganti spoke at the 2015 SustPack conference during the Innovative Packaging Flash Talks session. Click here to watch an exclusive on-site video interview with Briganti at www.packagingdigest.com.