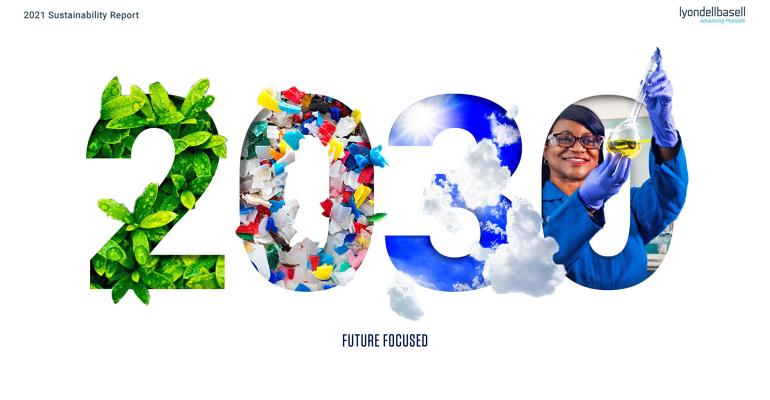 LyondellBasell has set significant sustainability goals for itself for the next several years. The company published an in-depth 2021 sustainability report, “Future Focused,” to share the details of what it intends to achieve throughout this decade.

The company’s key sustainability goals for 2030 center on ending plastic waste, addressing climate change, and supporting a thriving society. The latter includes diversity, equity, and inclusion in the workplace.

The sustainability report details the company’s plans for meeting its greenhouse gas (GHG) emissions reduction targets and for ramping up mechanical and advanced recycling of plastics and the use of renewable-based feedstock.

LyondellBasell is also working to align its suppliers’ values with its own. The company plans to use sustainability criteria to assess a minimum of 70% of its key suppliers globally by 2025.

“We are future-focused, and we believe our goals for more circular and sustainable plastics and decarbonization are critical to the long-term success of LyondellBasell. They help create a better future for our employees and our communities, as well as advance our customers’ sustainability ambitions,” says Kenneth Lane, LyondellBasell’s interim CEO, in a prepared statement. 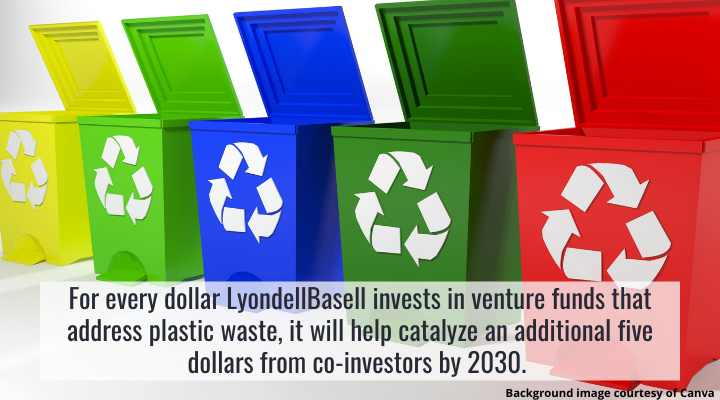 “A net-zero economy without plastic waste in the environment will require collaboration throughout the value chain and is key to securing society’s transition toward a more sustainable future,” Lane adds.

PlasticsToday recently reported on the company’s new Circulen family of recycled and renewable-based polymers. One of LyondellBasell’s goals is to produce and market 2.2 million tons (2 million metric tons) of such polymers annually by 2030.

LyondellBasell has also joined with 10 industry peers in Houston, home to its North American headquarters, to support large-scale development of carbon capture and storage (CCS) technology

In addition, the company has developed a catalytic-capital investment strategy to advance a circular economy: For every dollar LyondellBasell invests in venture funds that address plastic waste, it will help catalyze an additional five dollars from co-investors by 2030. Included are commitments of more than $10 million to circular-plastics funds led by New York-based Closed Loop Partners and Netherlands-based Infinity Recycling.