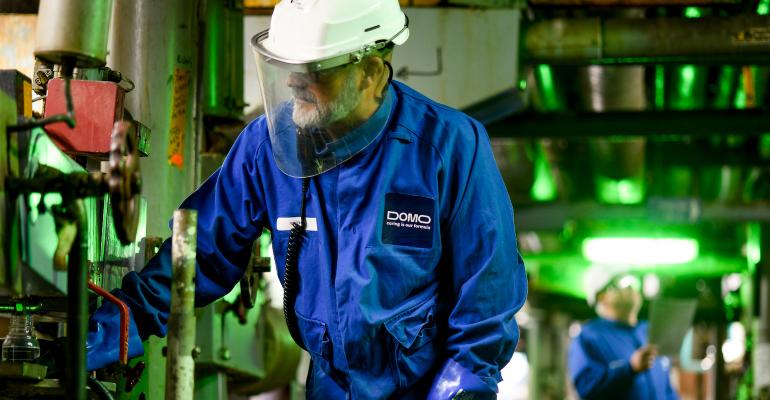 Domo Chemicals and Hynamics commit to achieving zero carbon for 100% of the hydrogen used at the Belle-Étoile industrial site near Lyon, France.

Domo Chemicals, a producer of engineered polyamide materials, has partnered with Hynamics, a 100% subsidiary of EDF Group specializing in the production of low-carbon hydrogen, with the objective of achieving zero-carbon for 100% of the hydrogen used at the Belle-Étoile industrial site south of Lyon, France, in the heart of the Vallée de la Chimie (Chemistry Valley).

The so-called HyDom project will install an 85-MW hydrogen production plant using the water electrolysis process at the Belle-Étoile site in Saint-Fons, with a production capacity of 11,000 tonnes of low-carbon hydrogen per year. The plant will be powered by the French low-carbon electric power mix. By 2027, it will supply 100% of the annual production of hexamethylene diamine, a key component used in the production of plastics.

The project will eventually prevent the emission of 84 kilotons of carbon dioxide (CO2) each year. Hexamethylene diamine and, ultimately, durable and low-carbon polyamides are used in various applications in major industry sectors, such as automotive, electronics, and heating & cooling.

This project is a major step toward the decarbonization of industrial sites that use grey hydrogen (produced from fossil fuels). The location in the Vallée de la Chimie within the vicinity of major transport routes opens up opportunities for the creation of a more complete hydrogen ecosystem.

The first phase of the project will consist of building up and ascertaining technical concepts and integrating the low-carbon hydrogen production plant within the larger production process of hexamethylene diamine.

Considering the high-power scale of the future electrolytic hydrogen production facility, the HyDom project is being developed in close collaboration with RTE, an organization in charge of managing the French power grid, to solve connection issues. As a priority project for the industry's zero-carbon strategy and for the France 2030 investment plan, HyDom is supported by the French government and has been presented to the European Commission for public funding.

According to Christelle Rouillé, CEO of Hynamics: “In line with the goals set out in the France 2030 investment plan for a resilient and decarbonized industrial sector, Hynamics is proud to support leading hydrogen-consuming industrialists in their decarbonization efforts. The scope of the project launched in partnership with Domo Chemicals reflects Hynamics’ expertise in developing industrial electrolytic hydrogen production projects with a strong environmental impact. In replacing the unit that currently produces hydrogen from natural gas, our project represents an important step toward industrial sovereignty and reaching our climate objectives.”

According to Yves Bonte, CEO of Domo Chemicals: “The reduction of CO2 emissions remains a major challenge for the industry, and Domo's low-carbon-footprint solutions are designed to help customers achieve their own CO2 emission reduction targets. This joint investment in a low-carbon hydrogen unit to replace the existing natural gas-based production unit will provide the first hydrogen infrastructure in the Lyon area. This strategic partnership will help us — and hopefully an entire ecosystem in the Vallée de la Chimie — achieve Domo's ambitious goals for 2030, focused on decarbonization, the use of renewable energy, and delivering customer solutions.”