In an interview with PlasticsToday, de Braaf explained the interrelation between his job as CEO and Head of Sales, emphasizing the need to engage personally with customers and its impact on the course he is setting for the company. 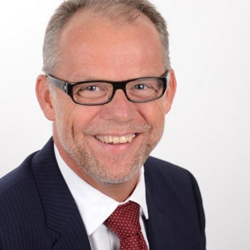 There are no plans for him to relinquish his duties in sales anytime soon, he said. "Sukano has always prided itself on its close relationship with customers. In the few months that I have been active as Head of Sales, I've been reaching out to customers, to engage with them personally and get to know them in order to continue the relationship," explained de Braaf. "And as CEO, it's just as important to know who your customers are. People appreciate the personal attention and, at the same time, it's a good way for me to maintain direct contact with the market and to hear directly about the needs of the marketplace."

It's the kind of contact he thrives on and enjoys - "tremendously," he adds. "It's interesting to me to discover why people buy from us. Sukano is a company with enormous potential: the challenge is to realize it," he declared.

One way to do so will be by expanding the company's market scope. To date, the focus had been mainly on food packaging applications. "We're going to be exploring new markets to service. Up to now, our mainstay has been the sheet and film extrusion market, but in the short term we plan to move into the polyester fibers and textiles market. It's a new business for us, so we've hired new people, who will bring in the expertise we need in this area. For these markets, we have specifically developed new antimicrobial masterbatches. "

Additionally, the company will be venturing into other injection-molded and blow-molded packaging applications, such as bottles and containers.

Moreover, the company is expanding its geographical scope. "We're also examining how to grow in markets that are further away from Europe, such as Turkey, the Middle East, and Africa," explained de Braaf. "These are growth markets. We need to learn about the needs of these markets in order to operate effectively there. We have started with sales agents, but if the business goes well, obviously we'll be thinking about being closer to our customers through direct local representation," he added.

Sukano is aided in this by the company's R&D capability, which services its global plants in the U.S. and Malaysia. "We can pick up trends, for example, in Japan and bring them over here to Europe," said de Braaf. "It's very powerful."

As far as Europe is concerned, the business situation is improving, according to the new CEO. He sees growth in Sukano's core markets, emphasizing "we are happy with our performance in Europe. Sales are climbing in Germany and Italy, although the investment behavior is more conservative in these areas. People are more risk averse. The investment atmosphere is better in the new markets we're targeting." Sukano has done relatively well in Europe over the past years, unlike some competitors, and will continue to remain loyal to these markets.

What about bioplastics? Sukano was one of the first companies to develop biobased masterbatches; are there any new developments in this area?

"It's an interesting business," said de Braaf. " But PLA has not yet lived up to its promise. The production capacity is limited and the costs in Europe are still too high. We are waiting for the market to become more competitive, and to kick off. We sell these products; we've got the experience. As soon as the market is there, we'll be in it."