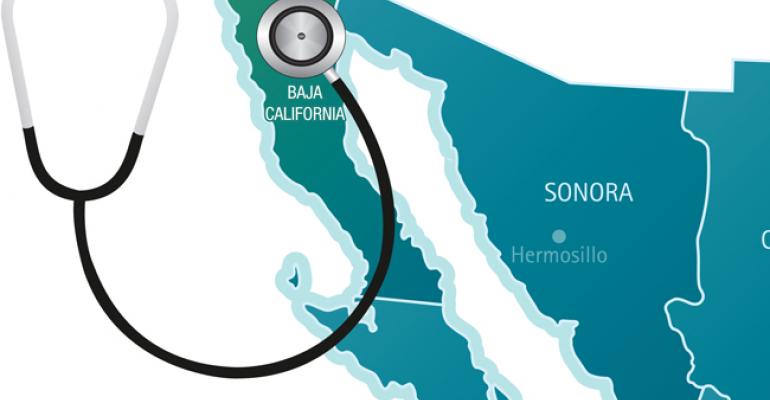 While everyone was fixated on the economic potential of Brazil, Russia, India, and China over the past few years—thanks, at least in part, to the catchy BRICs acronym—a funny thing was happening south of the U.S. border that largely escaped the media limelight. Since 1994, Mexico has registered the best macroeconomic record of any emerging market, according to Entrada Group, a U.S.-based company that helps manufacturers invest in Mexico. Moreover, its economy is on track to become the world's seventh largest by 2020.

While everyone was fixated on the economic potential of Brazil, Russia, India, and China over the past few years—thanks, at least in part, to the catchy BRICs acronym—a funny thing was happening south of the U.S. border that largely escaped the media limelight. Since 1994, Mexico has registered the best macroeconomic record of any emerging market, according to Entrada Group, a U.S.-based company that helps manufacturers invest in Mexico. Moreover, its economy is on track to become the world's seventh largest by 2020. Medical manufacturing is playing a role in this economic shift, with Baja California, in particular, emerging as a medtech hub. 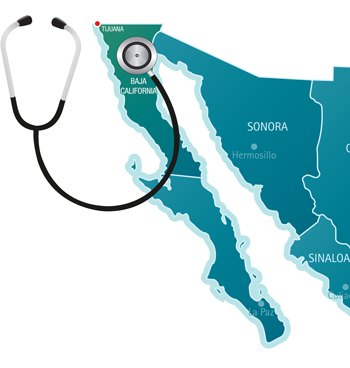 The proverbial man on the street may associate Mexico with sunny, Margarita-soaked vacations and, more recently, narco-terrorism. People not versed in business and market trends invariably are surprised to learn that it is the fifth largest exporter of medical products in the world, according to Manufacturing in Mexico News. The vast majority of those products go to countries in Latin America and the United States. While medical manufacturing OEMs and their associated suppliers can be found in various regions of Mexico, Baja California and, specifically, Tijuana, have emerged as the country's medical technology hub.

Baja California is home to 70 medtech-related companies and accounts for approximately half of all of Mexico's medical device exports. The other major medical manufacturing regions are Jalisco, second to Baja with 52 companies, followed by Nuevo Leon, Chihuahua, Tamaulipas, Coahuila, and Sonora. Within Baja, the Tijuana area has the highest concentration of medical device firms in Mexico, a result of proximity to the U.S. market, a competitive labor force, and the strategic vision of local and regional officials.

Tijuana has a 30-year history of medical device manufacturing, explains Gibert Ulloa, Director of Economic Development at the Ayunatiemiento de Tijuana, a municipal agency that promotes inward investment. "Medical device manufacturing started in the 1980s with the establishment of the firm Nellcor, now Covidien," says Ulloa. "Now, there are more than 40 firms employing approximately 35,000 people producing everything from disposables and stents to pacemaker components."

In addition to Covidien, other medical device firms operating in or near the city include Medtronic, Greatbatch, Gambro, and CareFusion. Plastics processing is well-represented in the state of Baja California, as well: Of the 70 medical-related companies implanted there, more than a quarter have on-site plastics processing capabilities, according to Ulloa.

Contrary to conventional wisdom, Tijuana welcomes inward investment and has created a mechanism to make it relatively easy to set up a business. A number of financial incentives are available, as well. While U.S. companies will have to negotiate some bureaucratic procedures and reckon with cultural differences, they are by no means insurmountable, and regional and local officials, by all accounts, are very helpful. Phase 2 Medical Manufacturing, a contract manufacturer for medical device OEMs headquartered in Rochester, NH, opened a facility in Tijuana recently, and the process could not have been smoother, says Adam Prime, CEO.

"Tijuana's economic development agency is focused on developing the life sciences sector and they were unbelievably accommodating," says Prime. "Everything from permits to audits happened very quickly." The key considerations for Phase 2 in opening a plant in Tijuana, its first outside the United States, were proximity to the U.S. market, labor costs, and, especially, the availability of a skilled workforce. At a time when a skills shortage looms large for advanced manufacturing in the United States, Tijuana is building for the future.

"Tijuana has more than 12,600 students enrolled in engineering and technical programs," says Ulloa, who adds that academe and industry maintain a cozy relationship to ensure that graduates have familiarity with the skills that industry requires today and in the future. For example, Cetys University in Mexicali, a little more than 100 miles east of Tijuana, offers a certificate program in medical manufacturing, a course that was developed jointly by the Baja California Medical Device Manufacturers Association and the university. For those reasons and more, Stephen J. Walsh, Vice President, Sales and Marketing at VitalMed Inc. (Lakeville, MA) is gung ho for Tijuana.

A contract manufacturer and injection molder for medical device OEMs specialized in fluid management devices used outside the body, VitalMed recently opened a warehouse in partnership with Trimedx in Tijuana. It has a more extensive manufacturing presence in Reynosa, on the other side of the Rio Grande from Hidalgo, TX. His experience in setting up operations in Tijuana won him over.

"The support in Tijuana is more proactive, from the government and the economic development agency to the medical device cluster group, than what we experienced in Reynosa," says Walsh. "That is very helpful for a small company such as ours. For future expansion, we have our sights set on Tijuana," he adds.

Despite these rosy perspectives, Mexico still suffers from an image problem. Corruption and insecurity come immediately to mind; quality control issues are a more industry-specific concern. For Walsh and Prime, the reality of doing business in Mexico is very different.

"Safety is not an issue," says Walsh. "Crime is limited to certain areas, much like in the United States. The medical companies we visit and work with in Mexico are in gated, guarded industrial parks."

Corruption, also, is not as commonplace as some people think. "Sure, there are some funny union rules that you have to comply with, which we are not used to in the United States, but that's the cost of doing business in Mexico," says Walsh.

As for quality concerns, that is a big misconception at this point in the game, says Walsh. "Universities are turning out quality engineers in large numbers, and the people we are in contact with are polished and professional."

Adds Doug Donahue, Vice President of Business Development at Entrada Group, "The quality in Mexico is the equal of any country. A mistake that companies often make when they first set up shop in Mexico is to overhire quality personnel and ship too many parts back to the home office for quality inspections." They quickly learn that it's just not necessary, he adds.

Prime sings from the same hymnal. When Phase 2 decided to open a facility outside the United State, it initially looked at Costa Rica. "It has a good infrastructure, skilled labor force, and no safety issues," says Prime. "But on closer inspection, we found a scarcity of labor and real estate, with prices going up accordingly. The other complication that arose was the discovery that product shipped from Costa Rica would spend 18 days on the water," he adds.

"Talking to peers external to Phase 2, we started hearing a lot of good things about Tijuana," says Prime. He and his team checked it out and found that buildings were readily available, business and labor costs were advantageous compared with Costa Rica, and there was an abundance of skilled labor. Phase 2 Medical Manufacturing hasn't looked back since and, in fact, envisions expanding capabilities in Tijuana in the years ahead.

And safety? "Listen," says Prime, "when we visit the plant, our team chooses to stay in Tijuana rather than cross the border into San Diego."

What does that tell you?