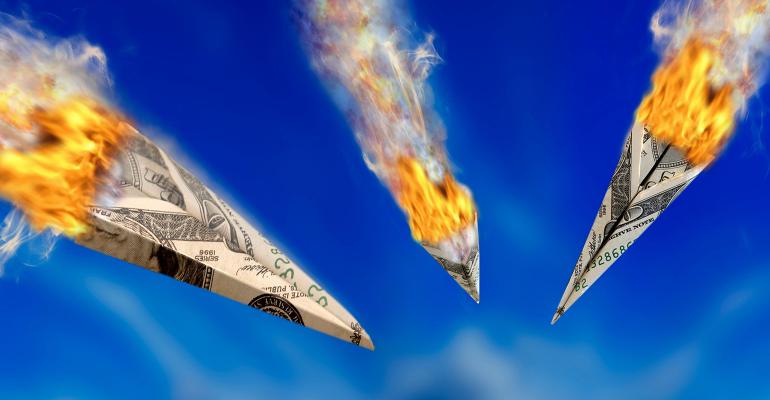 Construction of the $680-million plant was scrapped after Brightmark failed to prove to the Macon-Bibb County Industrial Authority that its technology worked in a similar plant in Indiana.

Plans to build a $680 million plant to convert waste plastic into fuel and other products in Macon-Bibb County, GA, have been scrapped after Brightmark, the plant’s designer and builder, failed to meet a deadline to prove its technology worked in a similar plant in Indiana.

San Francisco–based waste solutions provider Brightmark and the Macon-Bibb County Industrial Authority had agreed to build the “world’s largest advanced plastics recycling and renewal facility” in Macon-Bibb County. The company said its proprietary plant could sustainably recycle many types of plastic waste and convert it into renewable fuels and wax.

However, Brightmark failed to meet a deadline showing that a similar facility it operates in Ashley, IN, could deliver the recycled products to other users in that state, which was a condition to the deal in Georgia. The news was reported April 11 by the Macon Newsroom, which acquired the termination contract between the two parties through an open records request.

The company and county authority agreed to end their prior agreements and released this statement: “Macon-Bibb County, the Macon-Bibb County Industrial Authority, and Brightmark have mutually agreed to end discussions around building a plastic recycling plant in Macon. No outstanding issues remain,” the Macon Newsroom reported.

The company said its closed-loop technology also would be capable of creating building blocks for new plastics, which would enable a circular economy in the plastics industry.

It announced in June 2021 that it would build the “world’s largest advanced plastics recycling and renewal facility” in Macon-Bibb County. The total investment was expected to be more than $680 million to build a new plant on a 5.3-million-square-foot lot near the Middle Georgia Regional Airport.

Upon completion, Brightmark said the plant would divert 400,000 tons of plastic waste each year from landfills and incinerators and convert it into 64 million gallons of ultra-low-sulfur diesel fuel and naphtha blend stocks, and 20 million gallons of wax. Brightmark claimed its proprietary process converts 93% of waste in the stream into new products.

Brightmark’s first plastics renewal facility in Indiana was designed to divert 100,000 tons of plastic waste each year from landfills, waterways, and incinerators, and convert it into 18 million gallons of ultra-low-sulfur renewable diesel fuel, naphtha blend stocks, and six million gallons of wax.

Brightmark had said it was working with suppliers of waste plastics to secure feedstock-supply agreements to provide a steady stream of waste product to the plant.

In August 2020, Bob Powell, founder and CEO of Brightmark, told PlasticsToday that the company was receiving hard-to-recycle types 3 to 7 plastics. “From a value perspective, PET bottles are better being mechanically recycled but we can take it all, as our technology works better with a mixed array,” said Powell. “We want a lot of it — bring it on.”

Companies similar to Brightmark are operating in Europe and Asia. But access to materials, the price of equivalent fuels, environmental concerns, and operational costs have prevented them from reaching their potential in the United States.