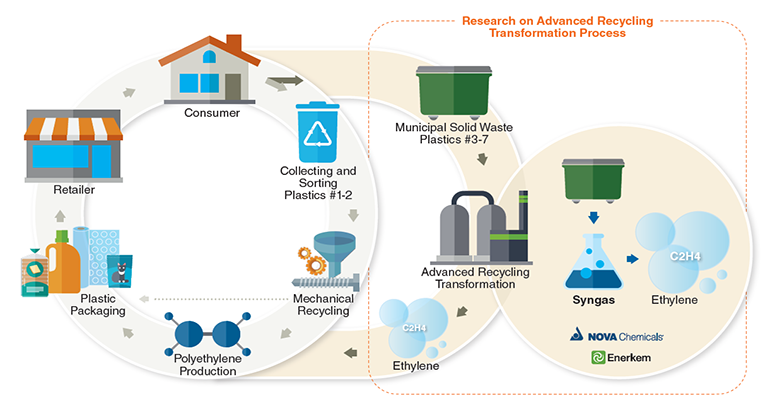 Canadian companies Nova Chemicals and Enerkem are moving forward with their chemical recycling aka advanced recycling  collaboration. The two have announced construction of a pilot-scale reactor in Edmonton, Alberta, to convert syngas made from hard-to-recycle plastic into a feedstock for virgin-grade polyethylene.

The pilot program combines Nova’s expertise in petrochemicals and plastic production with Enerkem’s waste-converting, gasification technology. Nova expects to start commissioning the unit in the second half of 2022, with completion targeted for spring 2023. Testing will commence post start-up.

The syngas for the pilot’s reactor will be produced at the Enerkem Alberta Biofuels (EAB) plant; the gas will be made from used, nonrecyclable, and noncompostable plastic.

The EAB plant “currently accepts municipal solid-waste biomass from the City of Edmonton that contains up to 30% fossil carbon from plastics, textiles, and other materials in the waste,” Bill Santos, future focus director, Nova Chemicals, tells PlasticsToday.

Nova and Enerkem will use the pilot system “for the accurate measurement of heat and mass-transfer characteristics as well as various other process aspects that will inform our engineering teams and allow us to bring the technology to commercial scale,” Santos says. “The new scale-up unit is planned to be located in a facility adjacent to the commercial facility that is equipped with a small pipeline that can provide syngas from the commercial unit to the test facility.” 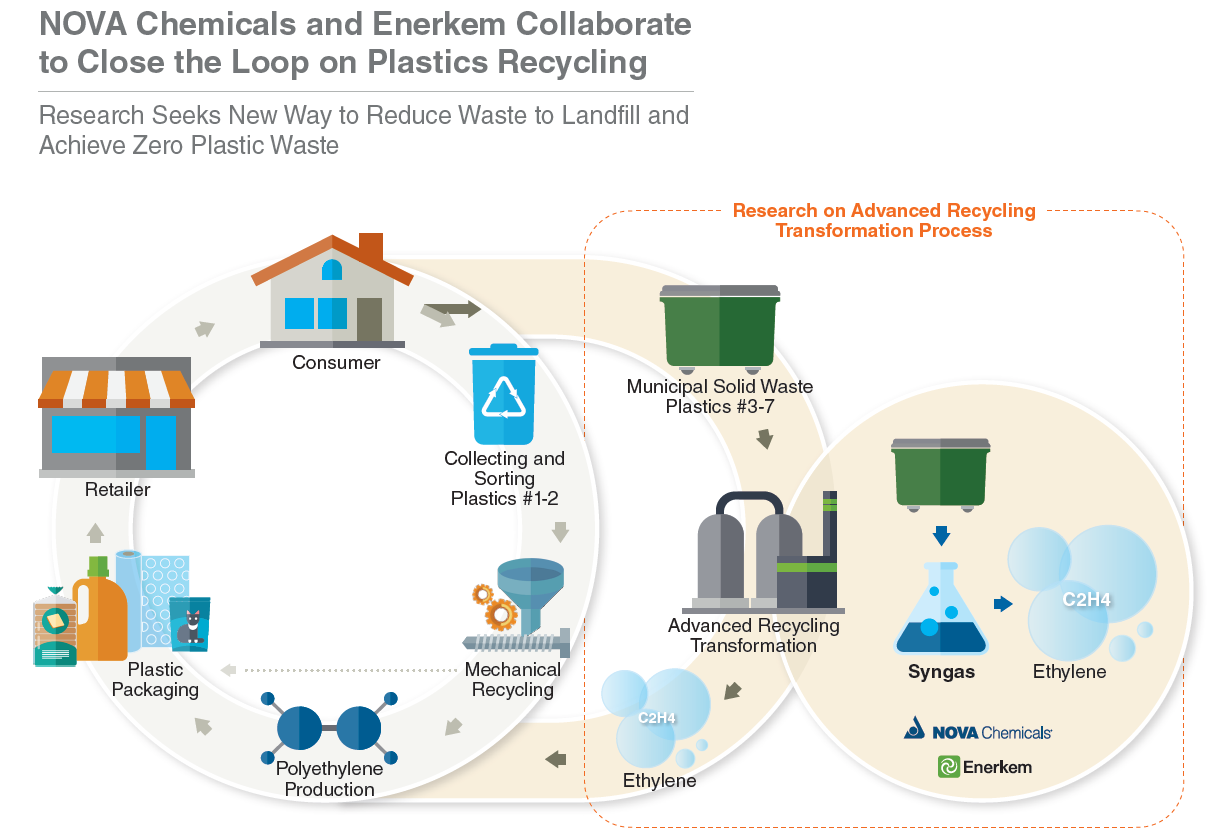 Nova calculates that the successful implementation of the pilot technology in Alberta could reduce local CO2 emissions by about 165,000 tonnes/181,881 tons of CO2 equivalent per year while diverting 230,000 tonnes/253,532 tons of waste from landfill, including more than 100,000 tonnes/110,231 tons of mixed plastic waste.

“The pilot will be considered a success when Nova and Enerkem are able to scale up and produce circular plastics on a commercial scale using made-in-Alberta technology,” Santos says.

“Our desire is to have Alberta emerge as a leader in advanced recycling and the circular economy by leveraging this innovative technology platform to divert waste from landfills, create value-added products, and reduce [greenhouse gas] emissions,” he adds.

Funding for the Nova/Enerkem pilot comes partly from Alberta Innovates, which provided CDN$4.5 million — the equivalent of $3.54 million at today’s currency conversion rate — through its Technology Innovation and Emissions Reduction (TIER) Economic Recovery Program. The full budget for the pilot is CDN $9,757,200/US $7,674,916.

Brightmark’s Plastics-to-Fuel Project in Georgia Goes Up in Smoke
Apr 13, 2022