Week that was: Highlights and the top 10 most-clicked most articles April 15-19

If global automotive production forecasts in 2013 were a race, China would be lapping the field, with North America in a distant second and Japan and Europe back in the shop after breaking down.

If global automotive production forecasts in 2013 were a race, China would be lapping the field, with North America in a distant second and Japan and Europe back in the shop after breaking down.

China isn't the only Asian country with an accelerating automotive industry. Stephen also reported on how 68% year-on-year growth in automotive production in Thailand, among other factors, has pushed injection molding machine and automation supplier Engel to open a new sales an service branch in Bangkok.

In the factory of the future, robots and people will work side by side interacting directly instead of keeping automation behind fencing, light and otherwise. Baxter, Rethink Robotics' rethought robot shows that future might be closer than we think. Medical Channel Editor Doug Smock met with Baxter and its creators at the recent BIOMEDevice Boston, capturing one moment that hints at the robot's potential: 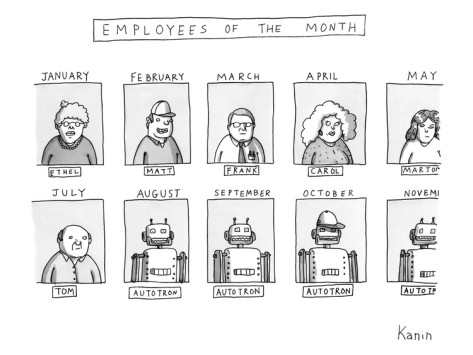 "That's why use of plastics in the design is so important to us," said Fair as the robot's arm gently touched his shoulder when he stepped into its way.

Baxter, which has already been adopted by leading molders like Nypro and Rodon, is catching on, with Rethink reporting a "healthy backlog."

As a good blog is wont to do, Doug's recent post regarding the polycarbonate/BPA backlash generated a lot of reactions, including a long note from well-respected medical device design engineer, Len Czuba, which Doug posted this week. A valuable well-reasoned opinion worth your time.

PlasticsToday picked the collective brains of Procter & Gamble, Coca-Cola, and Berry Plastics this week thanks to the reporting of Packaging Channel Editor Heather Caliendo. P&G, the company that claimed 26 $1 billion brands in 2012, talked to Heather about its zero-waste plans, noting that 45 of its plants are already zero waste. Forbes McDougall, P&G's global wastestreams leader:

We now really do see all of the material we used to call 'waste' as a resource. We paid for it in the first place and we really don't want to pay for its treatment or disposal.

Berry Plastics, a $4.8 billion company in its own right that makes packaging for P&G and other Fortune 500 companies, talked innovation with Heather. Specifically, Larry Goldstein, president of Berry Plastics' flexible packaging division, walked through the technology applied in some award winning Berry Plastics packaging.

Our people are challenged to think differently when it comes to packaging, not just in the flexible packaging division, but across the entire company.

By making recycled products more attractive to people, EKOCYCLE will help create a greater business incentive to include recycled content, such as plastic bottles, in consumer products. Empty containers will be viewed as valuable instead of as waste.

If you look at just the unit price, Mexico would be more expensive but looking at the total cost there's an advantage now. Companies are getting smarter. They're looking at 3-to-5 days on a truck from Mexico versus weeks on a boat. We're definitely seeing a growing trend toward Mexico.

Our Green Matter Editor Karen Laird reported on nova-Institute's 6th International Conference on Industrial Biotechnology and Bio-based Plastics & Composites, where the difference between old and new carbon was laid out:

Not only are fossil feedstocks finite, their use disturbs the carbon cycle, which naturally regulates the amount of CO2 in the atmosphere. As Michigan State University's Ramani Narayan said: "Nature does a great job. It's in balance." However, using the carbon stored in fossil resources  - "old carbon" - causes an imbalance in this system. He argued "the rate and time scale of carbon fixation balance carbon use, and that the rate and time scale of CO2 utilization is in balance using bioproducts instead of fossil resources." Unlike petroleum-based carbon, biobased carbon is "new carbon" that is cycled by nature over a period of 1 - 10 years.

Finally, as I write this, Boston and the surrounding area are reeling from the marathon bombing and subsequent violence of the proceeding manhunt for the alleged perpetrators, with one thought to be dead and one still on the lam. Massachusetts has long been an important hub for the plastics industry, home to suppliers, processors, and educational centers. I've exchanged e-mails with a few of the folks I know in the area and thankfully all of them, and their families and friends are OK, or as OK as you can be given the circumstances. Be, and stay, safe.