Will packaging save the world in 2014? 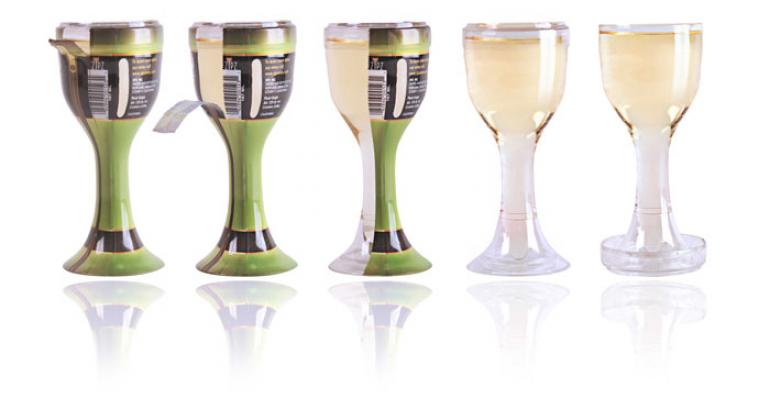 Much of plastic packaging innovation is driven by consumer preference. This was the case in 2013 and will be so in 2014. But it's not only about trends and eye-pleasing designs. Packaging, if produced correctly, has a big opportunity to help better the world. But in 2014, packaging will also have to combat negative perceptions.  Plastic is the new black

Much of plastic packaging innovation is driven by consumer preference. This was the case in 2013 and will be so in 2014. But it's not only about trends and eye-pleasing designs. Packaging, if produced correctly, has a big opportunity to help better the world. But in 2014, packaging will also have to combat negative perceptions.

Plastic is the new black

For years, it seemed that certain materials were suitable for specific applications: soup in cans, wine in glass bottles and coffee in paper cups. But innovation in plastic packaging has brought plastics into new areas once dominated by other materials.

For instance, take Campbell's Go soups, which is the company's first soups packaged in flexible, stand-up pouches in the U.S. The packaging was designed to complement the flavorful new soups, featuring greater surface area than traditional soup packages and what the company says "commands attention with eye-catching graphics and a dash of humor." In addition, the custom-made pouch features a clear gusseted bottom that helps it to stand on shelves or in the microwave, and also allows consumers to have a peek inside at the unique ingredients that make up the product. 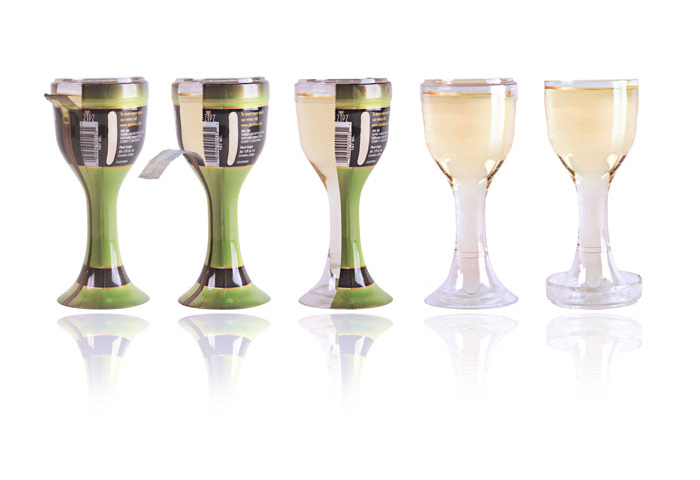 Wine in glass bottles are clearly here to stay, but in areas where glass is not permitted (such as sporting events and airplanes), plastic is there to help out the wine industry. An example of this is the proprietary packaging from Zipz Inc., which are glasses made from food-grade PET plastic that are designed to look and feel like traditional glassware. Each Zipz glass is covered in a patented Zipz clean wrap that keeps the wine fresh and the glass clean from handling, which the company believes is a competitive advantage from other single-serve wine packaging. Both the Zipz glass and wrap are 100% recyclable as well.

While we're all used to drinking coffee in paper cups, you might soon be grabbing your morning cup of joe in a plastic container. Stay tuned to the packaging channel in 2014 with an interview with Berry Plastics regarding its Versalite polypropylene fully recyclable disposable to-go cup.

There's no doubt that plastics will make the leap into other market segments within packaging that were typically dominated by glass, aluminum or paper. But while the industry is expanding its market share, at the same time, it also has to fight bans.

I know everyone who is involved with plastics probably cringed at that sub-header, but it seems bans on certain kinds of plastic packaging will remain. Take for instance, recent reports that San Francisco might become the first major city to ban plastic water bottles. Polystyrene foam packaging will continue to spur debate as well as plastic bags.

If you don't like the bans, you should do something about it, which leads me to the next trend - marketing the industry.

At the Global Plastics Summit, Kim Homes, director of recycling and diversion at SPI, said that people don't seem to feel conflicted over glass, aluminum and paper. In fact, people feel good about recycling them.

"There has never been a proposed ban exclusively on paper bags, despite the fact that they have a higher carbon footprint, they are more expensive and they produce methane at the end of life," she said. "They are widely accepted in curbside recycling programs and therefore perceived as better for the environment."

"Expanding the use of plastic in packaging will be a challenging thing to do if people don't feel good about the product," she said. "Proactively expanding recycling and recovery for plastics should be a priority for everyone in this room."

The industry is working to change the perceived negative perception of plastic packaging. Examples of this include the American Chemistry Council's Plastics Make it Possible campaign, which highlights the ways plastics "inspire innovations that improve our lives, solve big problems and help us design a safer, more promising future."

I believe we will see a more united effort on this going forward. In a world where image is everything, you can't afford to ignore the power of perception.

Still, the overall rate of plastic recycling in the U.S. is projected to remain relatively low, less than 7% of total plastic demand in 2016, Freedonia Group stated.

PET and HDPE were the two leading resins used in recycled plastic products in 2011, accounting for more than 70% of demand. PET will see above average gains in demand, fueled by rising recycled content in beverage bottles and thermoformed containers.

Holmes said that there is a very strong business case for offering recycled resins. A recent 2013 survey of SPI members revealed 68% of respondents have been asked by customers to offer or use recycled resins. Specifically for packaging, a California rigid packaging law requires 25% PCR content on most packaging.

"Converters making high performance, UL-rated and other critical parts will need recycle content plastics from resin suppliers who can provide tractability and performance warranties," she said.

While there is a clear environmental case to be made for the usage of recycled content, there's also a business one. According to a Nestlé Alive Community Panel held in October 2012, about 65% of consumers actively look for and

CarbonLite, an HPC Company, which calls itself one of the world's largest recyclers of plastic beverage bottles, announced plans to build a bottle-to-bottle recycling plant in Abilene, TX, which is about 150 miles west of Fort Worth. The facility is scheduled to begin production in late 2014, and will process used plastic beverage bottles into food-grade raw material to make into new bottles.

CarbonLite provides the recycled plastic for Nestlé Waters half-liter Arrowhead ReBorn water bottles made with 50% recycled content. Nestle uses 50% to 100% of post-consumer material in their product lines in California and plans to follow the same path in Texas, Leon Farahnik, chairman and CEO of CarbonLite Recycling, told PlasticsToday.

As of now, there is no national law that mandates recycling so it comes down to the state and local governments to introduce recycling requirements. The U.S. PET recycling rates are around 30% and while there's much debate about how to increase the rates, Farahnik believes it will most likely come down to bottle bills (container deposit laws) across the country, plus requirements to use post-consumer content.

He said as recycling rates increase nationally, the company will add more facilities over the next five years.

"Consumers demand that companies be accountable, work toward sustainability, and be good environmental stewards," Farahnik said. "Surveys have shown that consumers overwhelmingly will switch brands based on a strong association with a good cause."

Still, despite the limitations and difficulties to obtaining recycled material, if all levels of the supply chain can communicate and work together, there will be more usage of recycled material in packaging in 2014. And that's a win-win for everyone.

No, I'm talking about anything with regards to religion. This has to do with packaging's role in helping society - whether it's feeding a hungry population or reducing food waste. According to a new report by the Institution of Mechanical Engineers, up to 50%, or two billion tonnes of food, produced around the world each year ends up as waste.

The report said this amount of wastage is due to issues as varied as inadequate infrastructure and storage facilities to overly strict sell-by dates, buy-one-get-one free offers and consumers demanding cosmetically perfect food. the NRDC released a new analysis that said Americans are throwing away 40% of food in the U.S., the equivalent of $165 billion in uneaten food each year.

"It was a shock when I first heard about it," Dana Gunders, project scientist with the food and agricultural program for the NRDC, told PlasticsToday. "To wake up to the fact that 40% of food goes uneaten, it really feels like such a waste and a terrible use of resources."

Gunders said there are tangible ways to tackle the food waste problem, and everyone can play a role.

"I think there could be a real opportunity for packaging to help with the problem involving food waste," she said. "The packaging industry can serve as an inherent part of the solution by offering different packaging sizes, innovative packaging that extends the product's life along with ensuring the recyclability of the packaging."

Various members of the packaging supply chain are working on packaging innovation in this area - extending the shelf life, better protection, etc.

In addition, look to see more initiatives like this one with DuPont and the State of Chihuahua, where they were able to provide a healthy, safe food source to the Tarahumara Indians living in some of the most remote areas in Chihuahua State. Surlyn, a resin, helps enable a duo-chamber pouch package. This unique package safely separates purified water from infant formula, allowing it to withstand the distribution journey and lasts up to 12 months without refrigeration.

As you can see, packaging isn't just about promoting brands and selling packaged food; it can actually have a positive impact on someone's life. And that is one trend that will continue beyond 2014.