Will plastics take the heat because it can be made into a firearm?

Once more plastics - and 3D printing - are in the mainstream media headlines. And as usual, it's not good. On Tuesday, the U.S. House approved a 10-year extension of an existing federal law banning guns that can pass undetected through metal detectors or X-ray machines. It seems that means no plastic 3D printed guns using technology like SLA, SLS or FDM.

Once more plastics - and 3D printing - are in the mainstream media headlines. And as usual, it's not good. On Tuesday, the U.S. House approved a 10-year extension of an existing federal law banning guns that can pass undetected through metal detectors or X-ray machines. It seems that means no plastic 3D printed guns using technology like SLA, SLS or FDM.

The measure passed on an overwhelming bipartisan vote (who doesn't love to hate guns?) despite some misgivings by democrats who would like to expand the scope of the law to address concerns about 3D printing technology, generally. Technology moves fast these days and when the first law passed, no one even thought that 3D printing materials - and the machines - would ever be capable of printing something as large and strong as a gun that could fire real bullets. 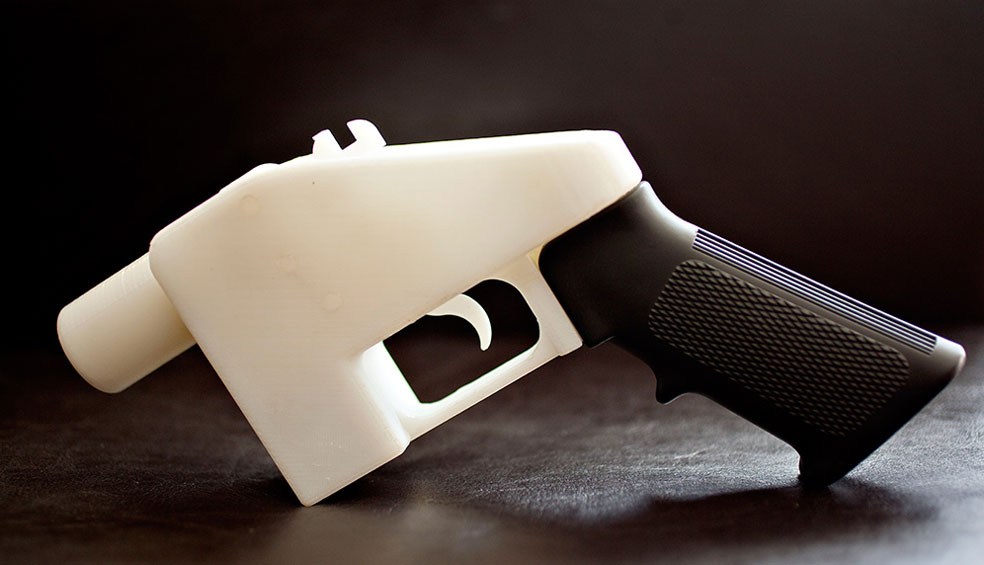 On Nov. 13, 2013 an article appeared online at CNSnews.com with the headline: "World's First 3D Printed Metal Gun Successfully Fired 600+ Rounds." The gun, developed by a California-based 3D printing company Solid Concepts, at the company's Austin, TX, facility, which has a license to manufacture firearms. The gun, a 1911 pistol, was built using direct metal laser sintering (DMLS) technology using stainless steel and inconel materials, with a grip made using the SLS process.

According to the video that appeared in the article, a Solid Concepts engineer noted that the company actually built the gun in an attempt to try and "dispel the myths that DMLS parts aren't strong enough for real world applications." But that's DMLS, and it's a powdered metal process, and while that gun couldn't have made it through a metal detector or X-ray machine, building that gun in Philadelphia might be illegal in Philadelphia, unless the 3D printing company has a license to manufacture firearms.

That city was the first in the U.S. to ban the manufacture of firearms using 3D printing technology, in an effort to be "proactive." The new law prohibits the use of 3D printers to create any firearm or "any piece thereof unless that person possesses a license to manufacture firearms."

Plastic 3D firearms haven't been quite as successful as the DMLS gun. The first plastic gun, the Liberator, that was built last May by Texas-based Defense Distributed, was less successful than Solid Concepts DMLS gun. While the Liberator worked, it misfired during its initial field testing and "exploded when a higher charge rifle cartridge was substituted," according to various news reports.

Like anything else that is invented, the invention can be used for good or for evil. What one person sees as a boon to society, someone else can think of a way to use that same thing for ill. Take the power of nuclear energy for example: it can be used to destroy entire cities or it can be used to provide energy to hundreds of thousands of homes and manufacturing plants.

The plastic materials used in 3D printing are pretty darn good these days - strong and sturdy enough to be used as end-use parts in many different products today, unlike the touchy-feely parts created as "prototypes" back in the early days of the technology when it was called "rapid prototyping." That means that someone could print a 3D plastic knife and take it aboard a plane and do some damage, but no one is banning the use of 3D printing to build knives.

We're back to the old argument that since it's people who kill or harm people, not the weapons they use, banning a specific type of weapon doesn't result in a decrease in deaths at the hands of some ill-intended people. So banning plastic or the technologies - or the products made from plastic technologies - doesn't make a whole lot of sense.