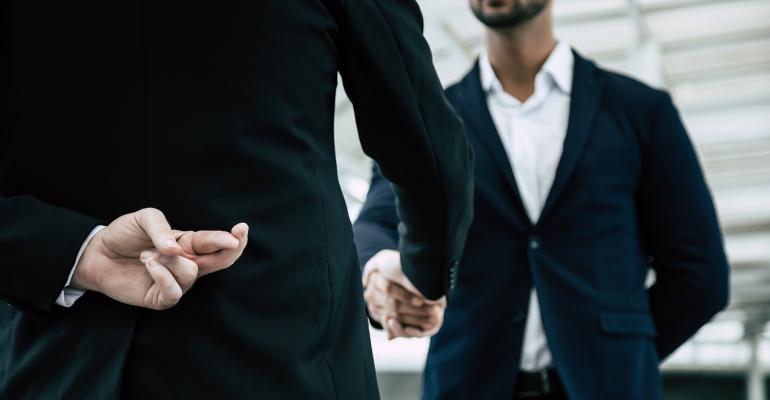 Recycling plastics — all types of plastics — has been a holy grail for the industry as well as brand owners who depend on plastic packaging for convenience, safety, product freshness, and security. As the accumulation of plastic waste has become a high-profile issue, finding a recycling solution has taken on increased urgency.

Environmental activist groups have pressured big brand owners such as PepsiCo, Coca-Cola, and Nestle through shareholder proposals and even lawsuits if they don’t clean up the plastic waste caused by their products. So eager are these big companies to find the magic bullet to remove plastic bottles, containers, and other plastic items from the environment that they have been ripe for whatever scheme might come along offering them a way out of this mess.

I’ve often wondered about the press releases I get from various startups touting advanced recycling. Many times, they promote themselves big at the beginning, then go quiet. No follow-up information as to how the plan is working, how many tons of waste plastic they’ve managed to convert to virgin, food-grade plastic to help brand owners achieve sustainability goals. Crickets!

Call me a skeptic.

So, it didn’t surprise me when a news bulletin popped up announcing that Montréal-based Loop Industries had lost 39% of its stock value when charges of fraud slammed the company. Hindenburg Research (which disclosed that it holds a short position in Loop Industries’ stock) published a 28-page report titled, “Loop Industries: Former Employees and Plastics Experts Blow the Whistle on this ‘Recycled’ Smoke and Mirrors Show.”

You can read the report and make your own judgment, but I began questioning this company’s business model months ago. I had become suspicious because I was always getting press releases about new ventures with PepsiCo, Coca-Cola, Danone, and other big-name brand owners, with Loop taking their PET bottles and containers and depolymerizing the material into monomers that could be made into new food-grade PET. I’ve probably done about 10 articles on Loop Industries over the past two years, but still know very little about them or whether their advanced chemical recycling technology is reaping the expected rewards.

Hindenburg Research has submitted its findings to regulators.

Too good to be true

I’ve often been told that if it seems too good to be true, it probably is. The idea of being able to take all types of PET — even PET that has been floating around in the ocean for two years — and turn it into virgin-like new PET is certainly attractive at a time when sustainability is cited as a primary goal in every company’s annual report.

When it started its investigation, Hindenburg Research asked one expert why everybody in the plastics industry was not utilizing Loop’s process if it was as revolutionary as the company claimed. He responded, “Everyone isn’t doing it because I don’t see how you could make any money or save any money in doing it. It appears to me that they took a very complex process, significantly simplified it, omitted a lot of serious stuff, and only mentioned the favorable highlights. I would say it’s a scam in that sense.”

Did any of these multinational corporations actually vet Loop Industries before jumping into bed with them? Or were they so blinded by the light of recycling magic they bought into this whole scheme hook, line, and sinker?

Many long-time big-name resin producers never heard of Loop Industries, including Rick Perez, CEO of Avangard Innovative in Houston, whose company announced a partnership with $35-billion market cap Dow in 2020 supplying post-consumer plastic film pellets to Dow. “He told us he had ‘never heard’ of Loop and that ‘nobody has ever talked to [him] about [Loop’s] technology,'” said Hindenburg’s report.

Late in the day on Oct. 13, Loop Industries challenged the Hindenburg Research report, claiming that Hindenburg has “not engaged with Loop directly nor does Loop Industries believe Hindenburg Research has done the required due diligence for this report. The claims it makes are either unfounded, incorrect, or based on the first iteration of Loop’s technology, known as Gen 1, which was in use between 2014 and 2017. In 2017, Loop reinvented its process and developed its Gen 2 technology, which is at the core of Loop’s commercialization projects,” explained Loop Industries.

Hindenburg’s research addresses the Gen 2 development in noting that the process was invented and patented by the two Essaddam brothers, Adel (who is listed as Loop’s Lead Scientist) and Fares (listed as Loop’s Technology Lead). The brothers, who are in their 20s, have no apparent post-graduate degrees in chemistry or polymers or any work experience other than Loop. Adel started at Loop just months after completing his diploma and Fares started working for Loop while still attending university.

Hindenburg Research called into question the brothers’ abilities in complex polymer development. “In other words, the company claims to have discovered how to turn worthless trash into pure gold, a feat that multi-billion-dollar chemical companies such as DuPont, Dow Chemical, and 3M have been unable to achieve on a large scale despite years of efforts,” said Hindenburg’s report.

I would really like to receive a progress report from Loop Industries on how many tons of PET waste from various sources they’ve managed to process into virgin-like PET over the past two years. In other words, tell me your success story complete with commentary from PepsiCo, Coca-Cola, and other satisfied clients.

I’m waiting for PepsiCo and Coca-Cola to release a statement, which they may or may not do, depending on how badly they feel about being scammed. But I’ll keep you posted. This story isn’t over.