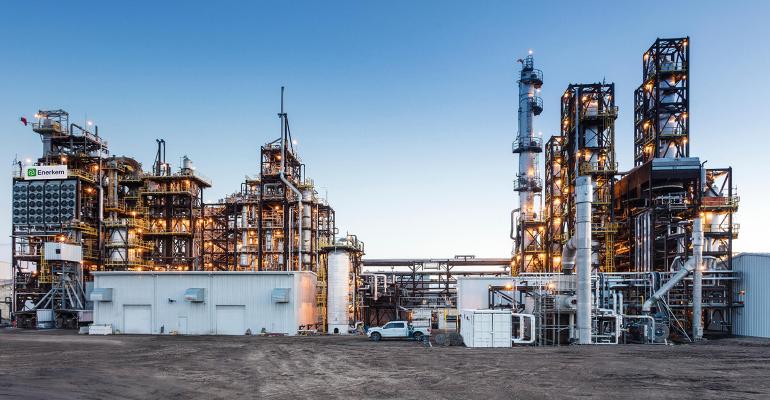 Shell Canada announced that it is investing in Quebec’s first waste to low-carbon fuel plant in the greater Montréal area. It has taken a 40% stake in the facility, which will use technology developed by Enerkem. Shell joins a group of strategic partners that include Suncor Energy, Proman, and Hydro-Québec in the project, which has the support of the provincial and federal governments.

Enerkem first announced the project in December 2020, and the deal is subject to finalization of commercial agreements.

The approximately CAD$875 million commercial-scale facility will be constructed in Varennes, where it will produce low-carbon fuels and renewable chemicals products from non-recyclable waste using Enerkem’s proprietary technology. Commissioning of the first phase of the facility is scheduled for 2023.

Flagship facility of the green economy.

Enerkem noted that the company was able to “bring together world-class global strategic partners who intend to take a leading investment role in this flagship facility of the green economy.” The company also claims that the plant will produce “one of the lowest carbon-intensive fuels by diverting non-recyclable waste as well as wood waste materials from landfills and through access to green electricity and green hydrogen and oxygen.”

Enerkem said that its “proprietary thermo-chemical process enables the conversion of carbon into biofuels and renewable chemicals, made from methanol, which is the project’s intermediary product. These products enable society to reduce consumption of traditional hydrocarbons used for transportation and in everyday products (paint, windshield washer fluid, plastics, and chemicals of all kinds).”

According to Shell’s information, it has been a “significant producer of ethanol as a low-carbon fuel for the last 10 years through Raizen, the company’s plant in Brazil. “Shell’s ambition to become a net-zero-emissions energy business by 2050 or sooner, in step with society, includes reducing the carbon intensity of the company’s energy products.” Its low-carbon fuel production strategy is anchored around access to competitive feedstock, commercialization of advanced technology, and the building of internal capability, said Shell.

Proman is an integrated industrial group and global leader in natural gas–derived products and services. Headquartered in Switzerland, with assets in the United States, Trinidad, and Oman, and ongoing expansion into Mexico, the company claims to be the world’s second largest methanol producer and significant producer of ammonia. Proman also has extensive experience in petrochemical plant operations, petrochemical and power plant construction, product marketing and logistics, and project management, according to the company’s profile.

Enerkem, founded in 2000, has an operational biofuel plant in Edmonton, AB. The original business plan envisioned that the facility would be operating at full capacity by 2012, according to an article in the Edmonton Journal. However, the plant was inaugurated in June 2014. In April 2017, a PRNewswire release from Enerkem announced that the Edmonton plant “has met all operational milestones” set by its senior lender, Integrated Asset Management. “The Enerkem Alberta Biofuels facility in Edmonton is fully operational in accordance with very rigorous production criteria,” said Vincent Chornet, President and CEO of Enerkem. “This third-party validation comes at the right time as we are expanding our footprint in North America and Europe. Our disruptive solution sets a new standard in waste management biofuels and chemicals, thus accelerating the transition toward a circular economy where waste becomes a resource to make everyday products.”

However, a subsequent article from Feb. 18, 2018, in the Edmonton Journal —“Five minutes from trash to ethanol: Edmonton’s long-delayed Enerkem plant explained” — noted that the delay was caused “because the company is building the first commercial-sized trash-to-ethanol facility in the world and won’t rush it for Edmonton’s timelines.”

In 2016, Enerkem gave a presentation noting the key challenges it had to overcome to get the plant built and operational — scaling up from pilot to demonstration to commercial plants, including iterative design improvements based on operational performance, and the move from ‘custom’ to modular delivery. Funding/financing a demonstration facility and the first commercial plant, a 15-year development program, and capital scarcity during an economic downturn were among other challenges the company faced.

Two articles that appeared last year in Edify Edmonton (“Edmonton’s Enerkem Alberta Biofuels Facility Turns Trash into Gas”) and in Alberta Innovates (“Trash is biofuel treasure; Enerkem uses Alberta as a launching pad for expansion”) seem to indicate that Enerkem had overcome its challenges and put the delays behind it.

The Edmonton Waste to Biofuels and Chemicals facility reportedly is the first commercial-scale facility of its kind. Enerkem’s goal was to convert 100,000 tonnes of municipal solid waste into 38 million liters of biofuel annually to help Alberta reduce its greenhouse gas emissions.

An inquiry sent to Enerkem by PlasticsToday asking whether the company was meeting that goal and requesting information on how many tonnes of waste had been converted to biofuel resulted in a brief reply: The company said that it “would not share that information publicly.”

The California Mission to Crush Single-Use Plastics
May 30, 2022