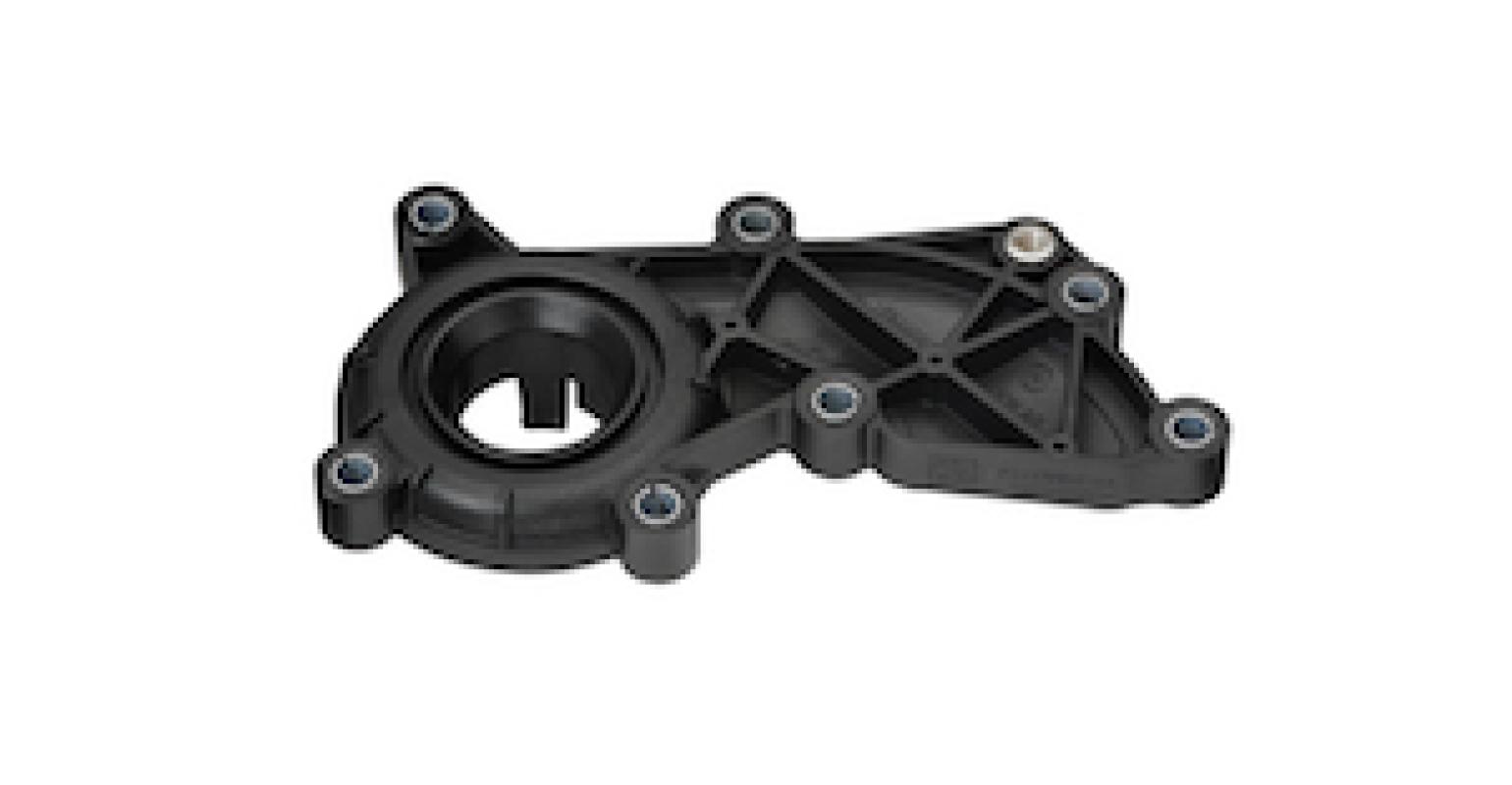 NPE visitors are introduced to a polyamide 66 grade that can potentially withstand a continuous-use temperature in excess of 200°C.

Ascend Performance Materials (Houston, TX) has established three platform teams focused on key areas of automotive to adapt to the transition from internal combustion (ICU) to hybrid electric and full-electric vehicles (HEVs and XEVs). The three platforms are thermal, electrical and structural.

Key areas in the thermal platform are radiator and tank couplings and connectors, where the company’s hydrolysis-resistant (HR grade) materials are meeting hydrolysis-aging requirements of 3,000 hours at 120°C with improved property retention performance. “Leading German auto manufacturers have recognized the hydrolysis resistance performance of our PA 66 HR grades for many fluids in components such as thermostat housings, so they are able to go thinner or even replace high-end PPA materials,” said Phil Jeszke, Global Automotive Segment Leader, Plastics, at Ascend.

Thermal also focuses on components found under-the-hood that operate in challenging temperature environments. “As we transition to HEVs, the ICU becomes smaller and hotter, plus you have components for stop-start, regenerative braking and electric motors all in the engine bay,” says Jeszke. “At the same time, traditional applications such as cylinder head covers, charge air coolers integrated with air intake manifolds, and oil and transmission pans continue to co-exist.”

Currently, Ascend offers PA 66 grades with continuous-use temperatures up to 190°C but at NPE, Jeszke says, visitors can anticipate the release of a higher temperature offering that will definitely be above this level. “Our design target is to go above 200°C, so stay tuned,” he adds.

Electrical relates to applications such as battery cooling, battery connectors and plugs for recharging. “There are 70 to 80 such polyamide parts in a high-end EV,” says Jeszke.

Airbags is another high growth area for Ascend’s polyamide business as their usage makes gains in developing economies. Chinese vehicles now use on average two airbags, while in the West the number is typically five to seven.