Autodesk Fusion 360 Puts the Brakes on Weight, With a 32 Percent Savings 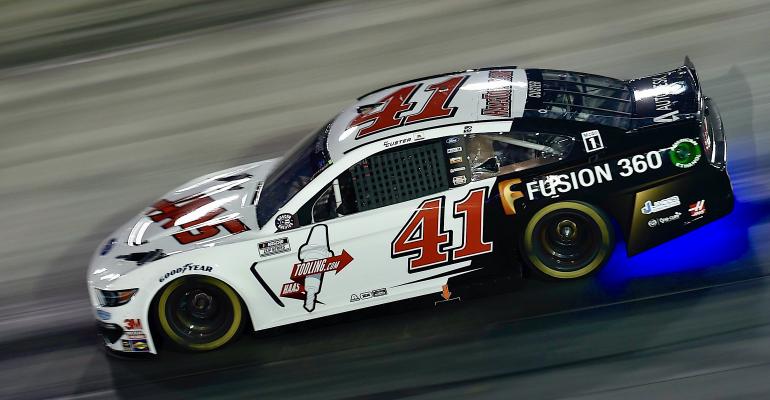 Autodesk has demonstrated the potential of its Fusion 360 product to refine part design in a collaboration with Nascar’s Stewart-Haas Racing to produce a refined brake pedal that is both stronger and lighter than a conventional pedal.

The partners further employed Renishaw additive manufacturing to produce the optimized part in a process that took two months from start to finish. Along the way, the engineers dramatically improved the techniques used, paving the way for still faster projects in the future.

Autodesk describes Fusion 360 as the first 3D CAD, CAM, and CAE tool that connects the entire product development process into one cloud-based platform. The company’s research team employed its iterative design features to refine the optimized organic design of a brake pedal for the Stewart-Haas stock car through simulations before the pedal was made.

The existing brake pedal was not terribly heavy, so it isn’t like it was low-hanging fruit for huge performance improvement. But it did provide a strenuous test for the engineering and manufacturing techniques that can give the team an edge in the future.

“It is lighter, it is stiffer, the turnaround time is much faster, there are all kinds of positive things,” explained Mike Grau, who leads Autodesk’s research team. Choosing to create a brake pedal represented a tough use case because of the high loads and the unacceptability of part failure.

“We really want to push it to the next level and take on a brake pedal because there’s no fail safety factor on that pedal,” observed Grau. “So, no matter what happens, it can not break.” 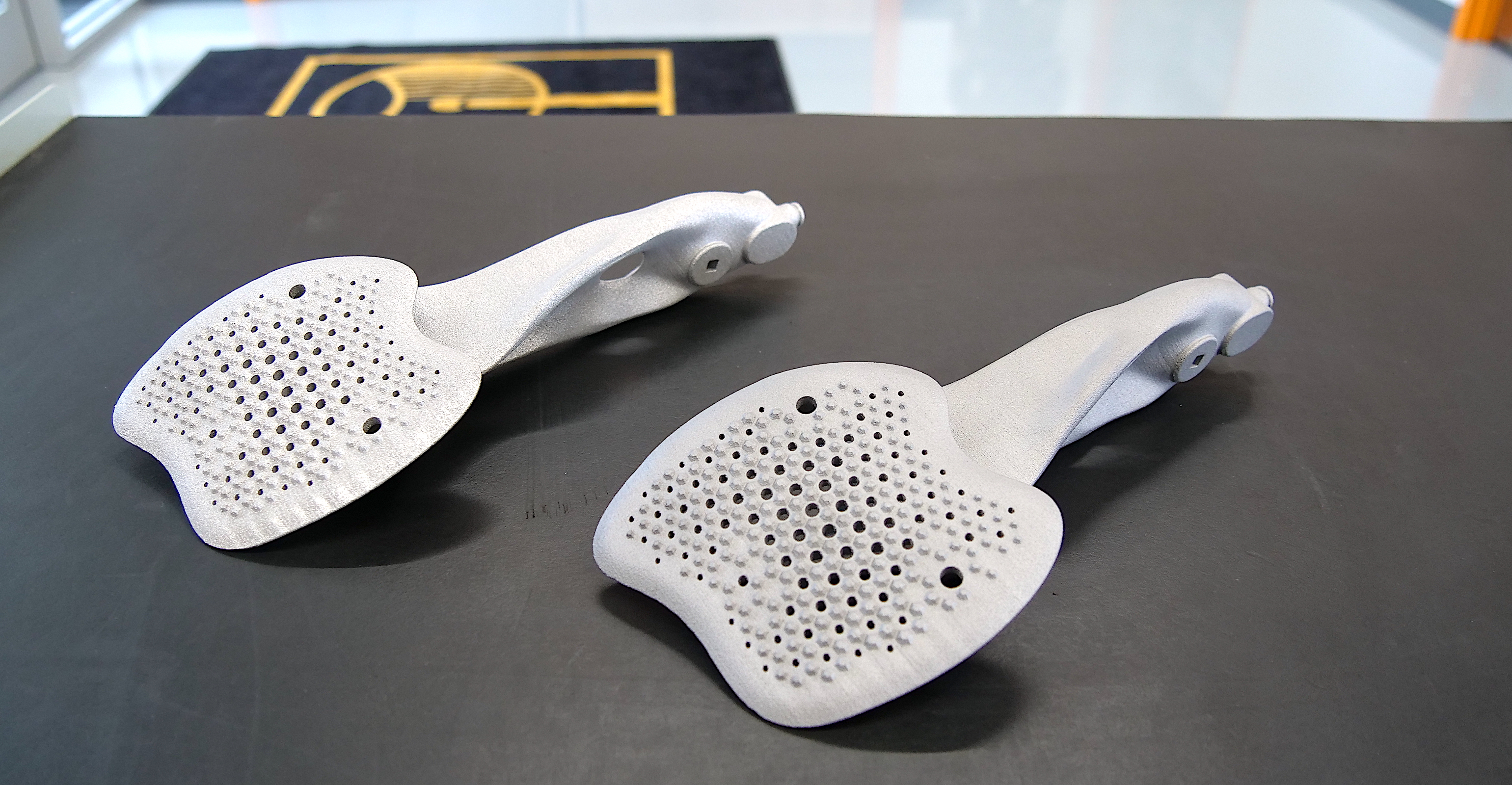 The pedal’s strength is so important that it was tested to 3,000 pounds, which was the limit of the test fixture, according to Walter Mitchell, engineering integration manager, Stewart-Haas Racing. “We took it to the test fixture’s load limit of over 3,000 pounds,” said. “The pedal did not fail. We were able to have a 32 percent reduction in weight and a 50 percent increase in stiffness with the optimized design coming out of Fusion 360.”

“That was really something to tackle,” marveled Grau. The part succeeded thanks to generative design through simulation, he explained. “We did not want to validate a physical part after it was printed because that gives you just a one-time chance. We had to validate upfront through simulation.” 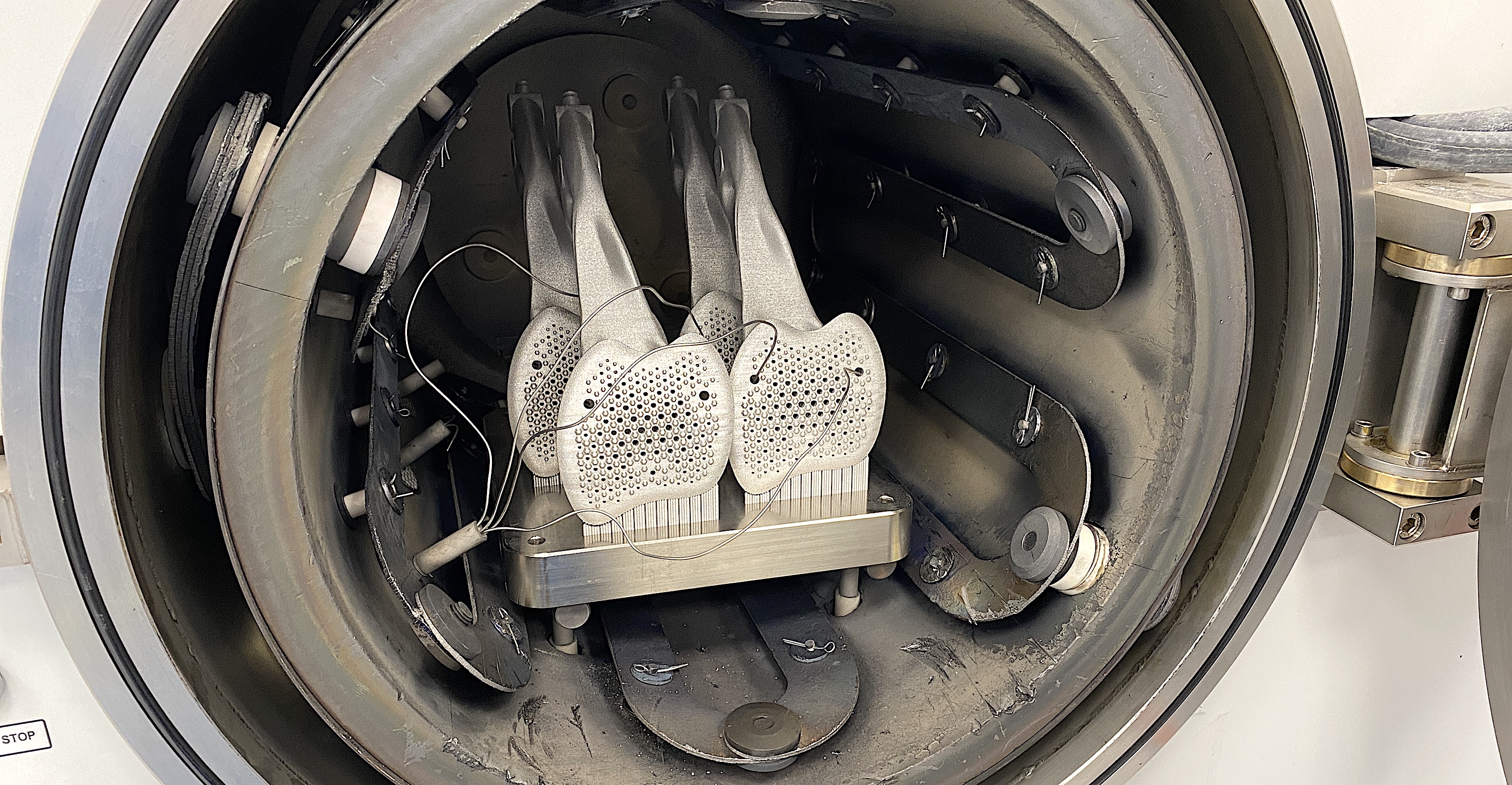 The freshly printed pedals are ready to come out of the printer.

The solution was to minimize the necessary elements in the model to a manageable number. “We got to a level where we finally brought down the number of elements you have to use for lattice representation from millions of elements down to tens of thousands,” Grau said. “That allowed us to run the assembly simulation iterative processes.”

Once the design was finalized, it was sent to Renishaw to be 3D printed from titanium on its RenAM 500Q laser powder bed fusion printer. The resulting part needed only a sandblasting to clean up its surface to be ready to bolt into the car, Grau reported.

Now, Stewart-Haas Racing has a slightly better brake pedal. But Autodesk has a tool that is ready to help produce many more parts in the future for Stewart-Haas and other customers.  “Two years ago, nobody in the industry was able to create nice organic CAD lattice structures,” Grau said. “Everyone was looking at volumetric representations or SDL mesh representations. None of the industry leaders could use them for anything. So we were the first ones who got into that.”

Autodesk’s research team has gotten much better at the process over time. “It took us a day to create one unit cell,” at the beginning of the project, Grau said. “Two weeks later we were able to create 30 unit cells in 30 minutes, but it crashed the computer a few times. Six months later we could do a whole lattice of a design just within minutes. The progress we’re making is almost exponential if you look at where we came from and what we do.”