DuPont nylon at 80; a critical material for auto light weighting 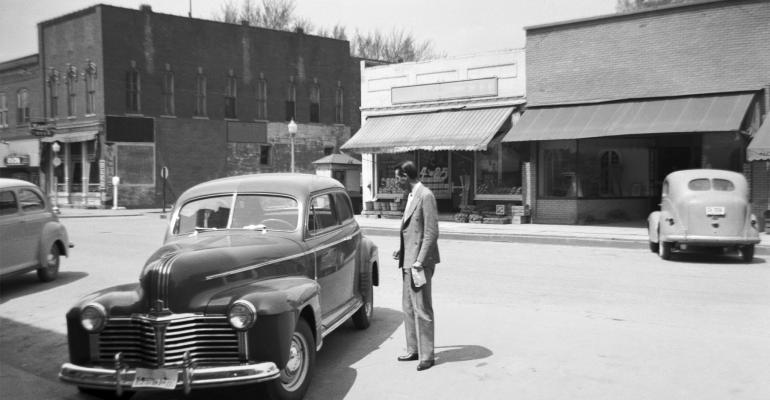 Polyamide (PA) 66 resin was invented in 1935 by DuPont Researcher Wallace Carothers and in its initial fiber form, "Nylon revolutionized the fashion industry," in the words of Debra Hughes, curator of collections and exhibits and the Hagley Museum and Library. "Beyond textile, Nylon opened the world to new design ideas.  It's a material that changed the world," she adds.

Polyamide (PA) 66 resin was invented in 1935 by DuPont Researcher Wallace Carothers and in its initial fiber form, "Nylon revolutionized the fashion industry," in the words of Debra Hughes, curator of collections and exhibits and the Hagley Museum and Library. "Beyond textile, Nylon opened the world to new design ideas.  It's a material that changed the world," she adds.

Polyamide's versatility and strength, backed by science to coax out added performance and a global development network to support customers, proved to be the formula that earned the material its reputation and its place as one of DuPont's most successful products. (In this tribute to PA provided by DuPont, we refer to the material hereinafter as nylon, the generic designation popularized by the company. The material is also produced by many other suppliers globally in various forms such as 6, 6T, 12 and 46, 11 and mXD6)

"If the performance launched the polymer, then design freedom helped it grow and adaptability keeps it young," said DuPont Performance Polymers President Patrick E. Lindner.  "As long as

DuPont pioneered the science that transformed nylon fiber into an engineering polymer in the 1940s.  Its exponential growth in that decade is in part credited to the US government, which advised replacing metal with plastics wherever possible to support the war effort.  Bottles, cups, even car parts were made lighter and more affordable during this decade.

In the 1950s DuPont trademarked the emerging flagship product DuPont Zytel nylon and a decade later discovered that compounding the plastic with glass and other fillers amplified its functionality.  Nylon was in a performance category all by itself and broke ground in automotive underhood applications, where the requirement of long-term resistance to heat and chemicals precluded the use of many plastics.

In 1992, General Motors adopted Zytel nylon for one of its most popular and reliable engines - the 3800.  This marked the first high-volume commercial adoption of nylon in an air-intake manifold in the United States and paved the way for a wholesale global shift from metal to plastic in manifolds and other automotive components over the next decade.  By the time the venerable GM3800 engine retired in 2008, the 65 percent reduction in mass versus the prior aluminum design had eliminated the need for more than 2.6 million barrels of oil as a result of lower fuel consumption from this engine alone.

Design engineers found Zytel not only reduced weight compared to metals, but also provided freedom to design and manufacture complex shapes, allowed for the integration of many components to enhance performance and enabled a lower total system cost for DuPont's industry partners.

DuPont also found that it could modify the polymer platform to bring design engineers new materials that helped them replace metals and other heavy, fragile or non-sustainable materials.  In 1973 - the height of the oil shortage - DuPont introduced Zytel Super Tough.

A few years later, DuPont again developed an innovative nylon polymer chemistry and introduced Zytel HTN.  This new high-performance polyamide spanned the performance gap between conventional engineering resins and much higher-cost specialty polymers.  Zytel® HTN enabled even more precise engineering for uses including sensitive electrical and electronic components.  It could be molded into much thinner components and it held its shape and dimensions despite exposure to heat and moisture.

"The ability to make parts thinner without sacrificing performance thrilled designers," said Mayo. "For example, the consumer electronics industry saw the unique balance of strength, stiffness and stability as a chance to make phone and tablet screens even larger while still managing the weight and feel and ran with it.  The auto industry embraced the material's resistance to heat and moisture and adopted it throughout engine cooling and thermal systems."

Then, in 2010, just as the world was adopting more stringent fuel economy and emissions regulations, DuPont introduced another new polymer platform - Zytel PLUS nylon - which maintains excellent performance levels much longer than traditional nylons despite exposure to hot oil, hot air, calcium chloride and other aggressive automotive chemicals.  This was needed as the auto industry was improving vehicle efficiency, which drove up temperatures and pressures.

Nylon's quick commercialization set the pace for expansion.  DuPont built a full-scale nylon plant in Seaford, Del., in 1939 and added a second nylon plant in Martinsville, VA, just two years later.  Today, DuPont is the largest, most globally networked nylon manufacturer focused on the engineering polymers market.  Recent expansions include a 20 percent increase in DuPont Zytel PA 66 and PA 6 production at its Uentrop facility in Hamm, Germany, in June.  Earlier in March, DuPont announced a 10 percent increase in DuPont Zytel HTN PPA production at its Richmond, VA, facility.  Both were in support of growing global market demand in automotive and consumer electronics markets.

With a focus on quality and product consistency, DuPont manufactures a full range of PA66, PA6, PPA and Long Chain Polyamide (LCPA) resins in Europe, the Americas and Asia.  DuPont owns and operates world-scale, continuous-polymerization assets for nylon in all three regions of the world and operates compounding sites in 13 countries to ensure local supply wherever customers are located.

"When you look at the portfolio at launch and where we have grown you can see where our science took cues from the market, but also where we helped industries and markets develop by giving design engineers materials that shape their ideas," said Lindner.