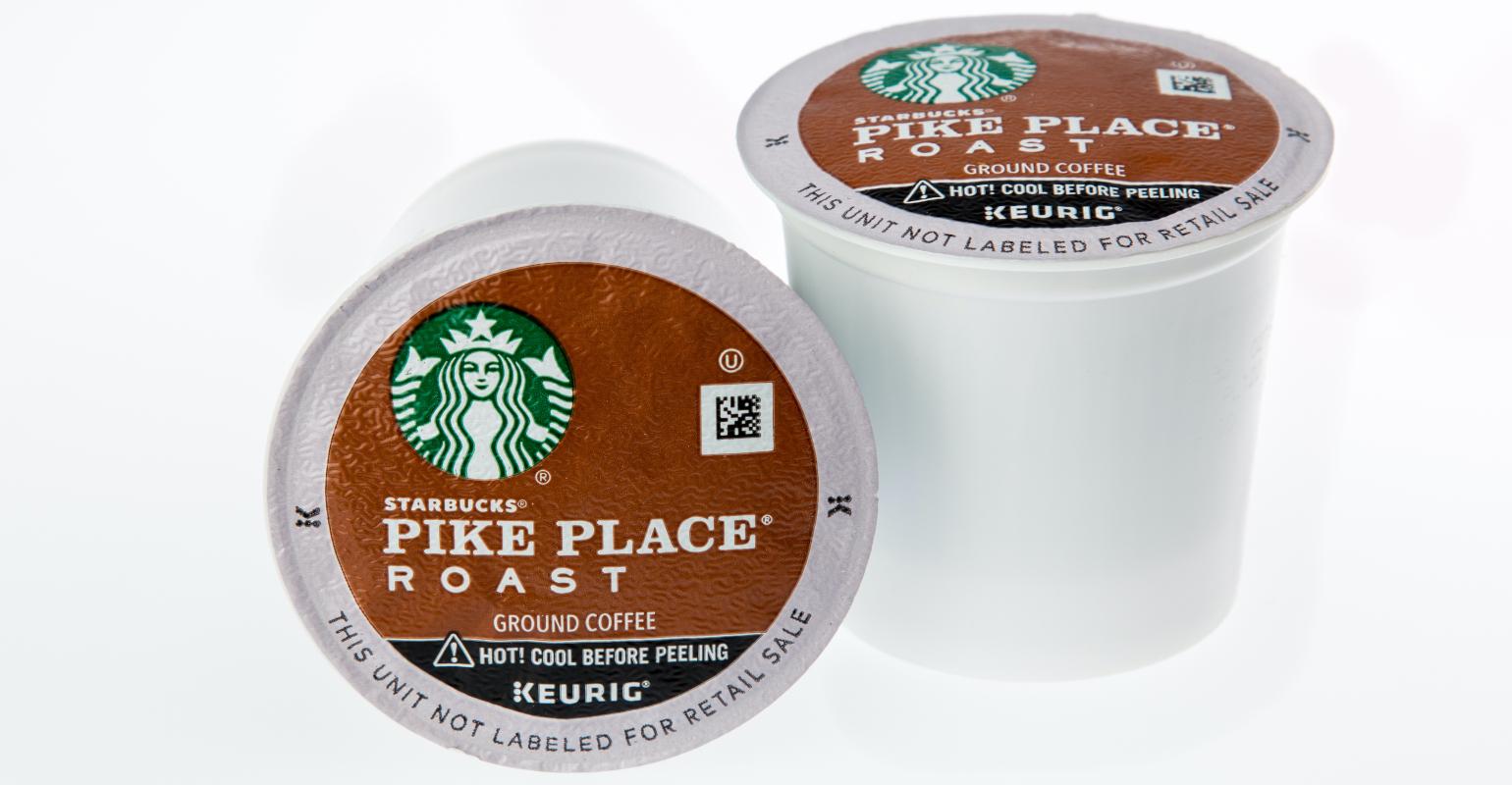 Ford's designers and engineers came up with a truly unique and innovative way to provide Mach-E drivers with the physical volume control knob they demand.

Ford designers and engineers gathered around the conference room table, figuratively (and maybe literally) banging their heads on the table to conjure a solution to the need for volume control in the company’s exciting crossover electric vehicle.

Electric vehicles like the Mustang Mach-E present opportunities to change so many aspects of vehicle architecture and design, it is easy for carmakers to lose their way and fix problems that weren’t broken. The volume control is a case in point.

Designers despise physical knobs and buttons that they regard as clutter on their sweeping, clean dashboard designs. Programmers don’t like them either because they lack the flexible programmability of virtual on-screen buttons.

But customers strongly prefer a physical volume knob that they know they can reach without looking and that will produce the intended result when twisted. Capacitive touch volume controls have failed so spectacularly that Honda had to revert to physical knobs after abandoning them a few years ago.

This was Ford’s conundrum. How to satisfy designers, engineers, and customers? The meeting dragged on, demanding caffeination. A stray K-cup on the table prompted one designer to lay it atop the display screen and ponder, ‘What if?’ 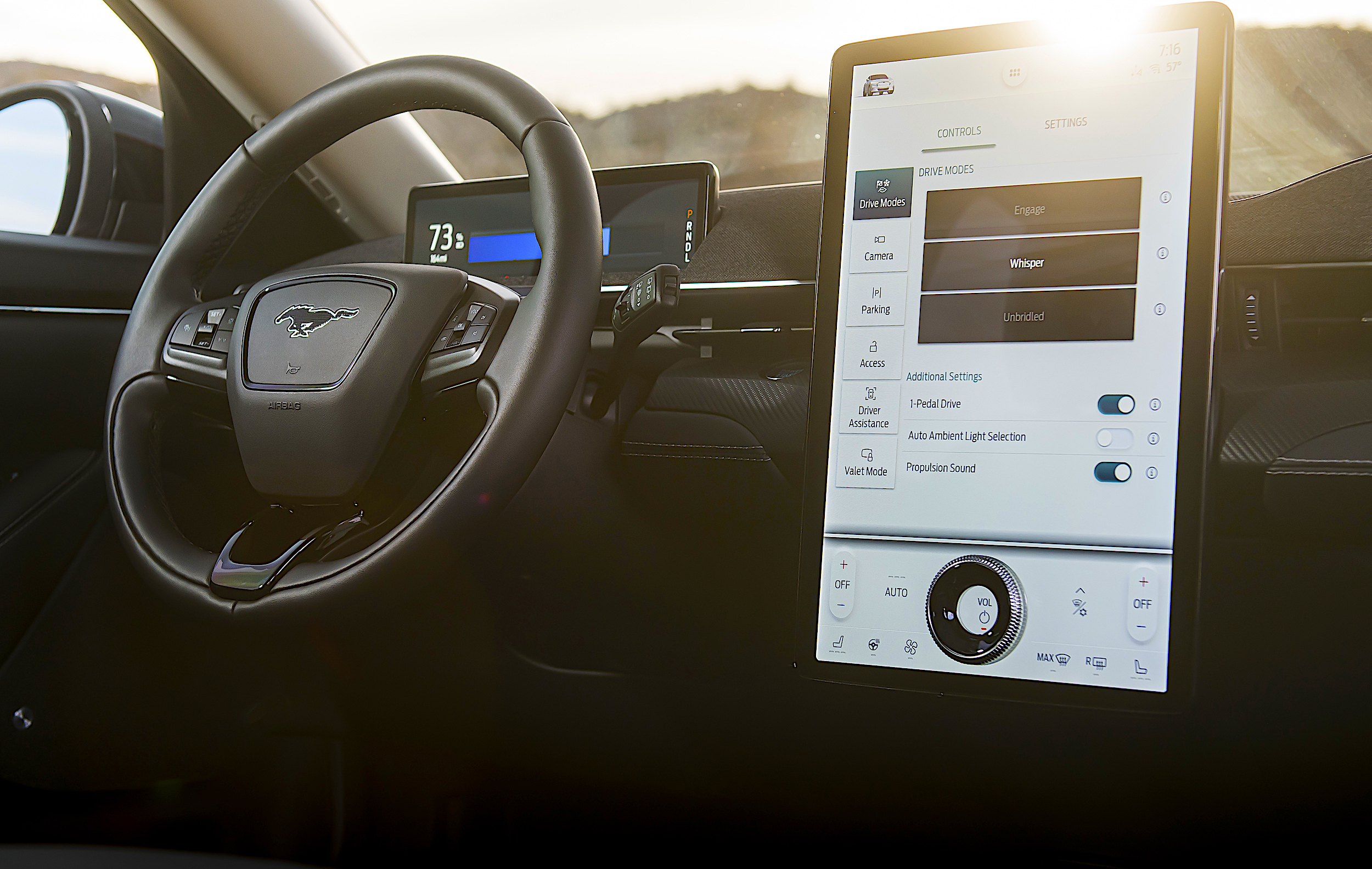 The Mustang Mach-E's volume knob sits right on the glass at the bottom of the infotainment display.

And that’s how the Mustang Mach-E came to have a conventional physical volume knob that protrudes from the monstrous 15.5-central infotainment display. While we enjoyed our experience behind the wheel of the Mach-E and were impressed with the car’s execution, the volume knob is striking as the freshest thinking in the whole vehicle.

How does it work? Is there a shaft connecting the knob to a variable resistor behind the screen? What witchcraft is this?

“The volume knob is an interaction you want instantly, and you don’t want to tap-tap-tap a button or display,” explained Ford SYNC Software Supervisor Husein Dakroub. “When your party song comes on, you just want to turn it up!”

So the team understands what everyday drivers think about these ubiquitous controls. “Customers wanted a tactile volume knob,” he acknowledged. “It is right there in your reach. You can keep your eyes on the road because you don’t have to look at the screen.”

But what about those designers? “We definitely took interior design into consideration,” he said. “We wanted to keep things lean, sleek, and futuristic.”

And not just for aesthetic reasons. Virtual controls can be updated and repurposed via over-the-air (OTA) software updates in the Mach-E. “When we OTA in the future, we have more control with virtual controls,” Dakroub stated. “If things have hard buttons, you can’t OTA them.”

The solution is the Mach-E is a system that uses virtual on-screen volume control but provides the input to that screen using a plastic knob that is glued to the face of the display. During that fateful meeting, a team member put the K-cup onto the display screen and asked if they could just use something like this to provide drivers with a physical control for the virtual system.

Dakroub recalls that he and his teammate Tom Madden looked at each other and declared, “We can make this happen.”

The solution was to bond a spinning plastic knob right to the display’s glass. “The rotary knob is acting like a finger, so the system thinks it is a finger going in circles,” he said.

Another common problem with virtual controls is that they lag, as various requests vie for processor priority within the computer system. This makes for unresponsive systems that annoy customers. Ford’s solution for a lively volume control was to put the function in the lower layers of the software stack, so it is quick to react.

Naturally, Ford has patented this novel solution. Of course, Dakroub can’t say what is next for this surprisingly simple solution but expect to see more of it. “There are a lot of exciting things coming,” he pledged.