There was ribbon cutting. A large red button was pushed. And with that, Perstorp’s new state-of-the-art oxo alcohol plant at Stenungsund in Sweden—all 3200 valves, 250 kilometers of cabling, 6 kilometers of stainless steel pipe, 22 kilometers of carbon steel pipe and 40 heat exchangers of it—was symbolically taken into operation.

With the official opening of its new production platform on 19 May 2015, Perstorp became one of only two fully integrated suppliers of plasticizers in Europe. The new plant represents a major extension of Perstorp’s capacity to produce PVC plasticizers and key chemical intermediates. The company spent a massive one billion Swedish kroner on the project—a project that, according to Perstorp CEO Jan Secher, “came in ahead of time and under budget.” He added: “That’s not something you see very often with this kind of project in the chemical industry. Or anywhere else, for that matter.”

The single largest investment ever made by Perstorp, the new plant is also contributing significantly to the economic welfare of the Stenungsund area, bringing more business and new jobs to the region known as Sweden’s petrochemical hub. Here, on the country’s west coast, AkzoNobel, Inneos, Aga, Borealis and Perstorp form a strongly interdependent industrial cluster, and “the cluster is the reason we can handle a project like this," said Secher.

An investment on this scale, moreover, clearly demonstrates Perstorp’s ongoing commitment to the PVC industry. “And it puts us into a very strong competitive position,” said Secher.

Perstorp is no newcomer to the plasticizer business —the company was originally a manufacturer of DOP, a plasticizer that today is classified under REACH on health and environmental grounds, and, as of February 2015, may no longer be used in the EU for REACH-related applications.

“However, we saw that the legislative landscape was changing, and with it, customer demand. We examined a variety of configurations, and ultimately decided that the plasticizer business was interesting enough to stay in,” Secher explained. “We therefore switched technologies, replacing DOP with DPHP, a high molecular weight phthalate that we market under the brand name Emoltene. We built the new plant in order to be able to make this ourselves. We wanted technology that we could control,” he emphasized. “Plus, we wanted to continue to be able to meet the market requirements of our customers.”

Perstorp is the first to take this technology to a scale this big. The new oxo-alcohol plant significantly boosts the output of valeraldehyde and 2-propyl heptanol (2-PH), the two key raw materials for Perstorp’s general-purpose PVC plasticizers, Emoltene 100 and its non-phthalate plasticizer, Pevalen.

It is also a source of products for other key markets: 2-propyl heptanol is used in production of lubricants, adhesives and surfactants, for example. While n-valeric acid, which is also made in the plant directly from valeraldehyde, is an important raw material for lubricants, pharmaceuticals and fragrances.

“We are intending to commercialize these as well,” said Secher. “The plant is a true production platform. “

And, although it was only officially inaugurated yesterday, the plant began actually producing material soon after its start-up in January, and is now running at full regime and delivering material according to plan. 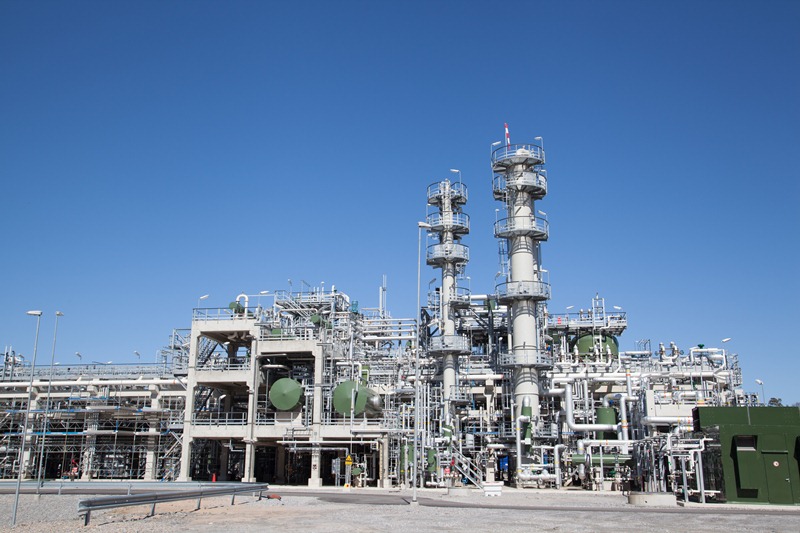 The new production platform is based on butene and receives feedstock from neighbor Borealis’ steam cracker at Stenungsund. As a result, production at the plant is extremely cost-competitive. As Jerker Olsson, Vice President Business Unit Oxo pointed out: “The upstream integration into essential raw materials greatly strengthens Perstorp’s position as a reliable supplier of innovative plasticizers to the PVC market. We have raised our total Oxo capacity by 150,000 metric tons per year and become one of the few fully integrated suppliers of plasticizers.”

Perstorp offers two ranges of general-purpose plasticizers, Emoltene 100 and Pevalen. Emoltene 100, a C10 plasticizer (di-propyl heptyl phthalate, DPHP), is intended for outdoor durable applications, most notably cables, wires and roofing membranes, where it contributes to extra durability under harsh conditions. According to Secher, Perstorp is also working on phthalate replacements for these durable applications, as well. “Stay tuned, and you’ll see,” he promised.

Pevalen is an innovative non-phthalate plasticizer, partially derived from renewable resources, that meets the safety and performance requirements of “close-to-consumer” PVC applications such as flooring and coated fabrics. It provides unbeatable softness and UV stability, and presents processors and users with a highly sustainable solution for a large number of high-volume applications.

Pevalen further reduces the carbon footprint of flexible PVC, it has no VOC (volatile organic compound) emissions and its high durability helps extend the useful life of finished products. Pevalen is registered, according to REACH.

SPE Seeks Nominations for Mold Maker and Mold Designer of the Year
Dec 30, 2021