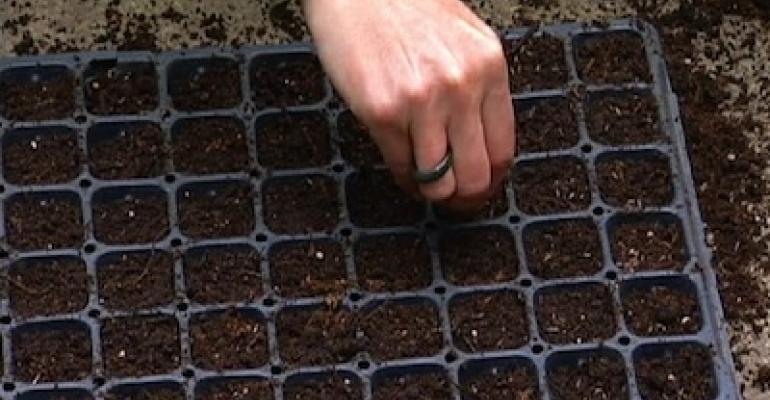 China’s ban on imports of plastic waste might open the door for upselling post-consumer recyclate into more demanding applications through incorporating ground almond and walnut shell as fillers.

Back in the pre-shale gas days, numerous torrefaction units were dotted around the state of California for converting biomass to bio-coal. Some were mounted on flatbed trucks and driven to forest areas, where they converted the waste biomass to biofuel chips. Torrefaction is a thermal process where biomass is heated to 200–300°C in the absence of air and oxygen, undergoing mild pyrolysis and drying.

Fast forward to 2018 and natural gas has become the low-cost, clean fuel of choice and the bio-coal industry, together with all those torrefaction units, have all but disappeared.

These torrefaction devices were essentially sealed extruders that heated the biomass and removed a tar-like condensate, which could then be used as a fuel to operate the unit in a self-sufficient manner. “We would have loved to take over that redundant equipment for torrefaction of almond and walnut shells for use as plastic fillers,” laments Bill Orts, research leader, Bioproducts, Western Regional Research Center (Albany, CA) of the United States Department of Agriculture. And this is particularly the case since China decided that it would no longer be the dumping ground for the world’s plastic waste. Countries such as the U.S., the UK, Japan and Australia are now struggling under a mountain of collected plastics with nowhere to go—these countries lack the material recycling infrastructure as well as the end use markets. As previously reported by PlasticsToday, Orts is heading up a project to utilize nut shells as functional fillers for plastic composites.

Orts initial research aim was to use these inert fillers to reduce the density of the resulting plastic composite. Cryo-ground torrefied almond shell, typically with particle size of 150 µm, has a lower density than polyethylene and polypropylene (PP) after all. But the filler also proved to improve stiffness, raise the heat deflection temperature (HDT) by 5–8°C, and, to boot, realize a darker color in the final product, meaning the use of carbon black could be minimized or even eliminated. This elevated performance has been demonstrated in prototype products such as sheet that could potentially be applied in seedling trays for tomatoes. When stacked under harsh California temperatures, unreinforced trays molded from LDPE tended to warp. Not so with the filled version.

Orts says they have also been successful in injection-molded shipping pallets made of PE/PP PCR blend. “This may in fact become the first commercial application where we see nut shell-modified plastic.”

The Western Regional Research Center currently operates a torrefaction unit that can turn out 50–100 kg batches, but that would only keep even a smaller processor busy for a matter of hours, concedes Orts. “We’ve been quoted over a million dollars for a dedicated commercial-scale unit that can process tonnes per hour but that sounds prohibitive. The optimum solution might be to refurbish an extruder and add a condenser unit within a budget of several hundred thousand dollars.” The condenser unit means the extruder’s running cost is close to zero, although yield does suffer somewhat.

Orts is confident of being able to source commercial quantities of nutshells at $25/ton or thereabouts. Once the supply capacity is in place, end users might consider commercial use of nutshells as fillers according to Orts. Besides almond and walnut shells, pistachio and sorghum-derived biomass are also options for use as a filler. Biodegradable resins such as PLA and PHA can also be used as matrix materials.

Torrefied walnut shells work best with post-consumer PP recyclate, where the HDT can be increased from 127°C to 135°C with a 10% loading, or even more if smaller particle sizes are employed.

Also on the research agenda is low-level torrefaction of fibrous materials such as coconut shells. This could in theory produce fibrils that would also have reinforcing effect.

Recycling of torrefied filler composites may also be on the agenda. While recyclers, such as CalRecycle typically eschew material with organic fillers, pallet makers can put up with some “fairly nasty stuff,” including labels that sneak into their recycle streams, that can be filtered out during processing. With the cycle closer to being closed, the future looks bright for nutty plastics to thrive in the California sunshine.