Extrusion basics: Water, water, everywhere (but keep it out of the extruder) 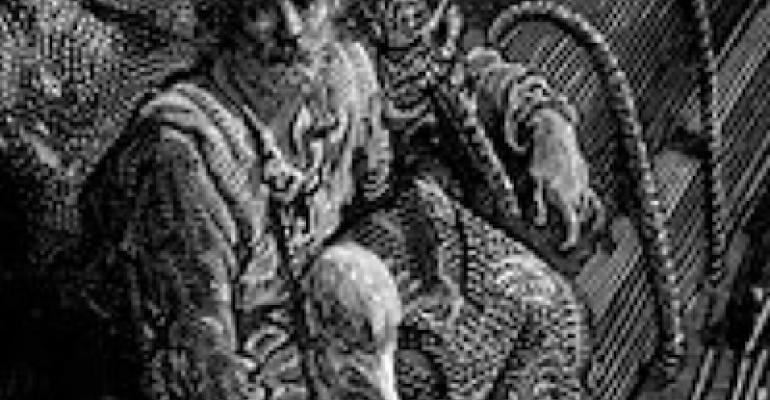 In extrusion, as in Houston and Florida, water is often an enemy.

The flooding in plastic-critical Texas reminded me that water-resistant plastic products—boats, tarps, bags of all kinds—are saving a lot of property and even lives, but in extrusion, as in Houston and Florida, water is often an enemy.

This happens in one of two ways (or both):

Cosmetic—water absorbed by the resin will boil to steam as it leaves the die, and make bubbles, pits or dotted lines on the product surface. It gets well above 100° C (212° F) inside the extruder, but pressures are too high to permit boiling and the water stays in liquid form until its pressure drops as it passes through the die lips.

As a rough rule, anything above 0.1% of water (a 16-oz water bottle in a Gaylord) will make visible marks, but formulation, die exit speed and drawdown will have effects, as well.

Many polymers (such as ABS and PMMA) absorb more than this from normal atmosphere; others (PS) are borderline enough to show at high humidity; and some (PE, PP, PVC) absorb no moisture at all.

This doesn’t let them off the hook, however, as they may contain additives such as white or black colorants and fillers like wood or calcium carbonate. Or, the polymers may have gotten wet from being stored outdoors in the rain or indoors under a leaky roof, or even from a cold-water pipe over an open hopper, on which warm-air water is condensing.

Chemical reaction—some polymers are condensation polymers, notably polyesters (such as PET), polycarbonates and the nylon (polyamide) family. These are all made by reacting an -H from one monomer with an –OH from another, to make H-OH = H₂O = water.* The water is driven off in the manufacturing process, the two loose ends bond together and the resulting polymer is indeed water-resistant. However, if it gets hot enough, as when melted in an extruder, any water molecules around want to go back where they came from, and thus break the chain formed when they originally reacted. The amount of water that can seriously damage the chains is far less than that needed to avoid visible (cosmetic) marks—it’s more like a spoonful, rather than a 16-oz bottle, of water in a Gaylord.

So what can we do? The two most common ways of avoiding these problems are predrying and venting. With predrying, the feed is heated with hot air in its hopper above the extruder, or in a similar vessel nearby, and fed to the extruder continuously. The hopper has to be big enough to allow enough drying time for the material being dried. The feed is therefore hot though still solid, and extrusion conditions are not the same as with room-temperature feed.

With venting, the barrel has a hole in it—in single-screws, about 70% downstream of the feed; in twins, the location varies. Screw designs are different from unvented systems, with deep channel(s) at the vented location to run partially full there, so nothing comes out of the vent (although sometimes it does). By the time the material reaches the vent, it is hot enough to boil off the water that is there, especially if a vacuum is applied. The vacuum also removes air, as needed with most powder-fed lines.

Either process is usually enough for the PE-PP-PS resins, but not necessarily for ABS, PMMA and the condensation polymers. For these, the traditional method is a dehumidifying hopper-dryer, in which air is passed through a desiccant and then through the material in a hopper big enough to provide the necessary drying time. This can be as much as six hours, depending on resin, particle size, air temperature and dryer construction. There are other drying methods—freezing, infra-red, vacuum—but vents have become a viable alternative, especially (but not only) for PET in twin-screw machines. To remove enough moisture for minimal chain breakage, such lines have to run fast (reduced residence time) and the feed rate must be optimized.

Is it ever good to have some water in the material? Yes, for nylons (polyamides), which are plasticized by water, so that viscosity is reduced and less heat is generated. Too dry means higher viscosity and more frictional heat, which may cause trouble, too. This is most critical in injection molding, where good flow in the mold is important, but even in extrusion, moisture content of nylons should be closely watched.

* I know most PC and some PET have reaction products other than water, but the result is the same—water can still go back where these other products were driven off, and the feed still needs to  be dried.

Allan Griff is a veteran extrusion engineer, starting out in tech service for a major resin supplier, and working on his own now for many years, as a consultant, expert witness in law cases, and especially as an educator via webinars and seminars, both public and in-house. He wrote the first practical extrusion book back in the 1960s as well as the  Plastics Extrusion Operating Manual, updated almost every year, and available in Spanish and French as well as English. Find out more on his website, www.griffex.com, or e-mail him at [email protected].

Griff's fall-winter activities include public one-day Intro to Extrusion seminars in Houston, Toronto and Chicago, and a talk on Limits to Production Rate, October 19, at the Extrusion 2017 Conference in Charlotte, NC.