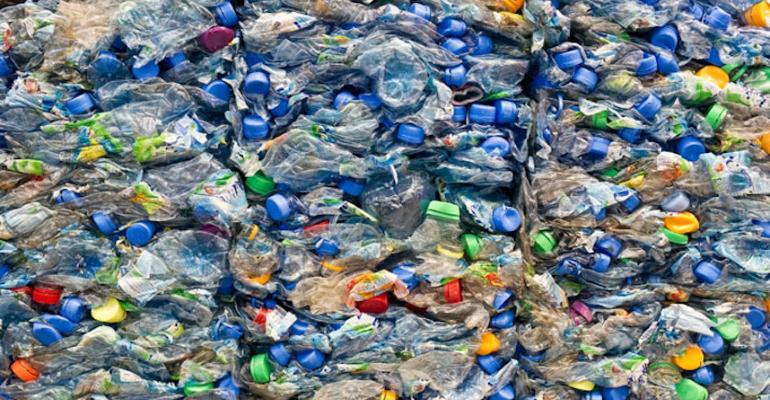 Plastics, says PlasticsEurope, the European association of plastics manufacturers, do not belong in landfills. Which is why, in 2010, the association made the ambitious pledge to achieve zero plastics to landfill by 2020. Actually, says PlasticsEurope, there is not much of a choice. The reality is, that Europe must become more resource-efficient. That means finding a better use for waste rather than simply dumping it in landfills.

Plastics, says PlasticsEurope, the European association of plastics manufacturers, do not belong in landfills. Which is why, in 2010, the association made the ambitious pledge to achieve zero plastics to landfill by 2020. Actually, says PlasticsEurope, there is not much of a choice. The reality is, that Europe must become more resource-efficient. That means finding a better use for waste rather than simply dumping it in landfills.

Hanane Taidi, the communications director at PlasticsEurope was recently interviewed by Life Size Media as part of the Hug in the Snug series and made this point very clearly. She explained that, aside from anything else, plastics were a far too valuable resource to bury: "Today in Europe, roughly still 40 percent of plastics waste that is generated by households still goes into landfills, and that represents roughly 1 million euros. In the current economic circumstances, I don't think we can afford to have that money running away or being buried," she said. 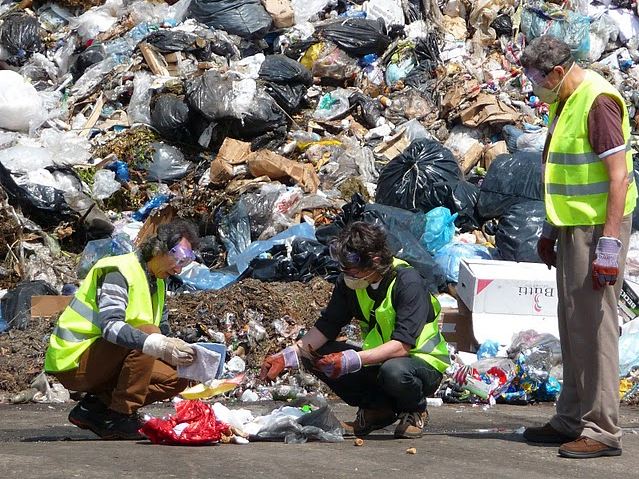 Yet the total amount of post-consumer plastic waste going to landfill every year in Europe comes to a staggering 10 million metric tons. In that respect, the zero plastics to landfill by 2020 project may seem a somewhat daunting undertaking.

"Hence the call for action to policymakers and to other players - recycling companies, waste management companies - to help us achieve this goal," Taidi said.

The waste management strategy of PlasticsEurope focuses on re-use as a first priority, followed by sustainable recycling whenever possible. If that is not an option, says the association, then plastics should be used as a fossil fuel replacement for efficient energy recovery. Some countries - Belgium, Germany, Norway and others - have already made very considerable progress in reducing the amount of plastics waste that is buried. "They have less than 10% of plastics or high-calorific waste that goes into landfill,"Taidi said. Other countries, however, continue to landfill over 60% of this kind of valuable waste.

A realistic goal for 2020, according to Taidi, would be for 50% of plastics waste to be recycled, with the rest being used for energy recovery.

Getting there is not an unrealistic ambition. Obviously, the technology is there, Taidi said, and the infrastructure, too, at least in parts of Europe, so it's more a question of how to better organize waste management on a more European scale.

"There must be some way - if we bring in all the value chain together. And that's the role PlasticsEurope basically is playing - we want to act as a catalyst to get the other players to see the value of exploiting rubbish into a resource and make it come into a circular economy," she declared.

Public perception of plastic is another aspect that needs to be addressed. For many years, plastics manufacturers have been battling the public's view of plastic as rubbish rather than a resource with considerable value. "We, from an internal perspective, look at it as an awesome piece of engineering," Taidi stated. The plastics industry has everything to gain if it can lose the association of cheap and worthless that people have with it.

She underlined the importance of plastics as a resource: "It's full of energy and can be exploited throughout its life cycle." Getting the public to understand this is why it is so important for PlasticsEurope to be involved in the zero plastics to landfill by 2020 project. "Plastic is a key driver and a key enabler of innovation," she stresses.

The plastics industry is also a key economic player, she says, with a turnover of 300 billion euros and providing 1.5 million jobs. However, because it is a B2B business, communication with consumers is difficult. PlasticsEurope is therefore seeking to work along the entire value chain to get the message across. In that respect, retailers have a role to play, as they are in a position to help consumers understand how plastics contribute to society, the economy and sustainability.

It would seem that notice of the project is now also tarting to be taken at the European level. Recently, the European Parliament voted to adopt the own-initiative report, European Strategy on Plastic waste in the Environment, which, among other things, calls on the commission to make proposals by 2014 to phase out the landfilling of recyclable and recoverable waste by 2020, emphasizing at the same time, however, that plastic waste should be used for energy recovery only in cases where all other possibilities had been exhausted and where the technology used included the requisite purification systems for preventing environmental damage and harm to human health.

Commenting on this report, PlasticsEurope, "commends this initiative" that "positively feeds into the plastics industry initiative zero plastics waste to landfill by 2020."

"Plastics are a too valuable resource to be carelessly discarded or buried in landfills, as such we call for a strong enforcement of the current EU waste legislation to reduce to zero the amount of recyclable and high-calorific waste going to landfill," stated Karl-H. Foerster, executive director of PlasticsEurope.