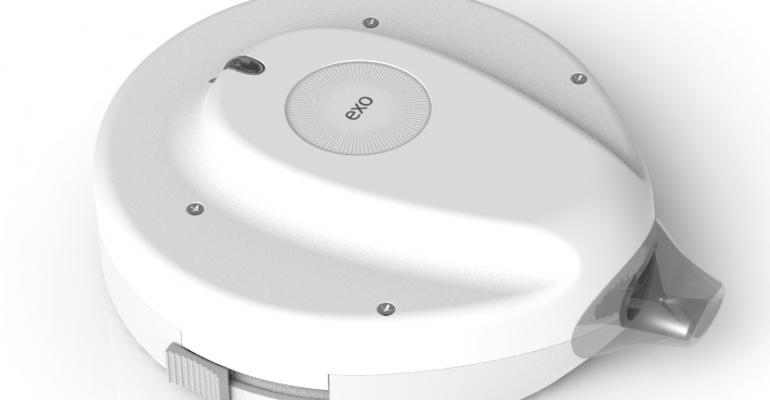 The notion that medical marijuana struggles for mainstream acceptance, as Joshua Mitnick writes in the Wall Street Journal, may be hard to believe if, like me, you live in Southern California.

The notion that medical marijuana struggles for mainstream acceptance, as Joshua Mitnick writes in the Wall Street Journal, may be hard to believe if, like me, you live in Southern California. It is a valid point in the broader scheme of things, however, because "doctors have never been able to fine-tune doses like they are used to with pharmaceutical drugs," writes Mitnick in an article titled, "Cannabis Technology Venture Eyes Pain Free Future." That may be about to change, thanks to an Israeli startup. Syqe Medical (Tel Aviv) has developed a cannabis delivery system that will eliminate the trial-and-error approach that currently defines medical marijuana prescriptions. The Syqe Inhaler Exo is designed to deliver just enough cannabis to relieve pain without producing the mind-altering properties that make it difficult to function in polite society. "Our device, for the first time, positions cannabis on an even playing field with mainstream pharmaceutical drugs, a fact that will change the game for physicians, subsequently affecting the widespread use and prescription of medical cannabis," Perry Davidson, CEO, Syqe Medical, told PlasticsToday. 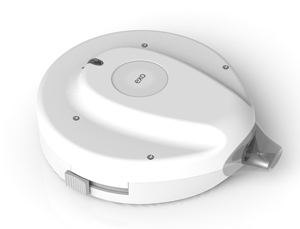 The palm-sized Syqe Inhaler Exo, designed for clinical use, works with cartridges that are preloaded with cannabis granules. The device has already undergone a successful clinical trial in Israel. "The study was published in the Journal of Pain and Palliative Care Pharmacotherapy, supporting the claim [that this is] the world's first metered-dose cannabis inhaler," says Davidson. The device will be available for use in hospitals and healthcare settings in Israel in Q4 2014; a home-care version is planned for 2015.

Meeting ambitious time-to-market goals was largely made possible through the use of 3D printing, says Davidson.

Different materials were selected for the four main components of the device—the shell, chassis, airway, and thermal housing—to achieve "rigidity, clarity, biocompatibility, and heat resistance," says Davidson. "We used the family of Vero photopolymers, digital ABS, MED610, and PLA, and we printed the parts on Objet30 Pro, Connex3, Objet Eden260v, and Replicator 2 systems." 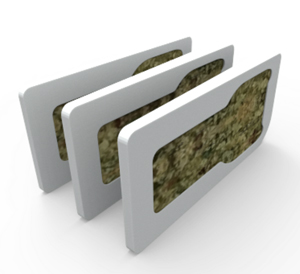 The flexibility of 3D printing also made the technology invaluable for producing the needed tooling and testing systems during four years of R&D. "Since metered dose inhalation of raw botanicals is a highly unconventional undertaking, we had to develop the tooling and machines for many of our processes," explains Davidson. "More than half of our production equipment, jigs, and analytical tools were printed in house."

Although Davidson and his team expect to shift to other manufacturing technologies as they scale up for mass production, 3D printing has worked so well for them that they are seriously considering using it to print specific components.

The legal marijuana market in the United States currently is estimated to be worth more than $2.5 billion, according to Arcview Market Research. In the next five years, it will reach $10 billion, according to the consultancy. Israel also has a flourishing medical marijuana market, notes Mitnick in his article, "where usage of medical cannabis is growing and publicly funded research is flourishing."

While Syqe's cannabis delivery system won't satisfy recreational users, who will be asking, Where's the buzz?, it can certainly capture significant market share among those who partake strictly for pain relief. Israel's Chief Scientists office, which has provided approximately $1 million in R&D assistance over the last three years, certainly seems to think so. 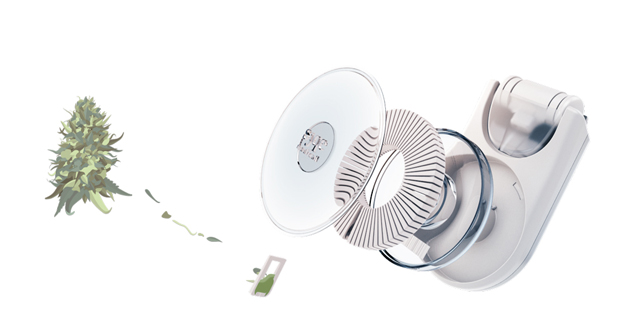