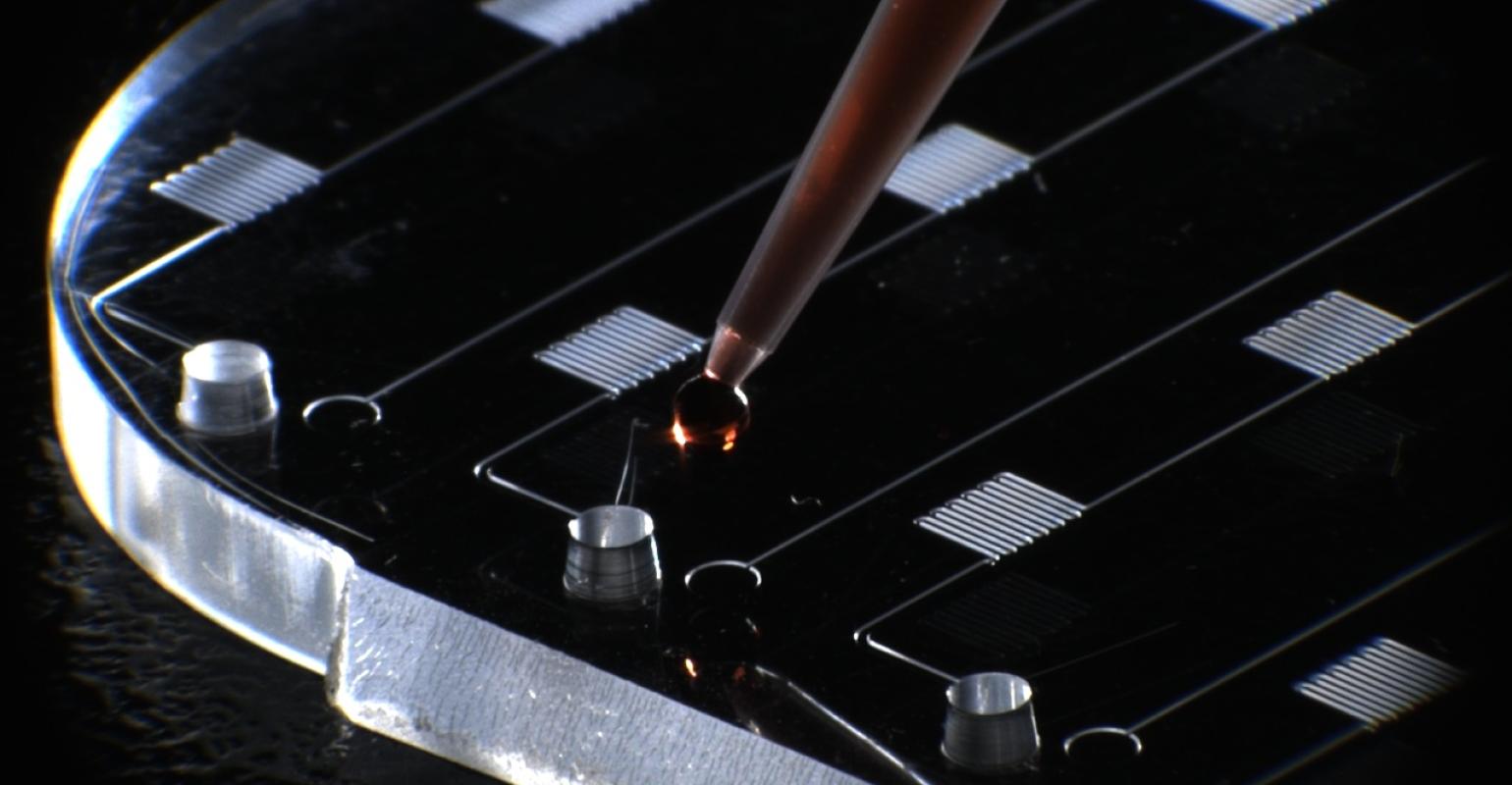 An injection molded credit-card-sized plastic device has been successfully used to produce blood-based diagnostic results in minutes, realizing the promise of "lab-on-a-chip" technology with a far cheaper production method than many existing fabrication techniques, while opening up an array of medical testing to patients in nearly any setting.

An injection molded credit-card-sized plastic device has been successfully used to produce blood-based diagnostic results in minutes, realizing the promise of "lab-on-a-chip" technology with a far cheaper production method than many existing fabrication techniques, while opening up an array of medical testing to patients in nearly any setting.

Samuel K. Sia, assistant professor of biomedical engineering at Columbia School of Engineering and Applied Science, has been testing the device, called the mChip (mobile microfluidic chip), with local non-government organizations in Rwanda, targeting hundreds of patients. Requiring only a finger prick of blood, the device can even be effective for newborns, giving quantitative objective results that cannot be misinterpreted by non-medical professional personnel in less than 15 minutes.

Microfluidics work by manipulating small amounts of fluid and utilizing nanoparticles to produce a functional low-cost diagnostic device in what Sia describes as "extreme resource-limited settings." Key to Sia's work is that the microchip inside the device is formed through injection molding, creating precise, miniature forms of test tubes, while holding down overall production outlays, with the cost of the chip at about $1 and the entire instrument about $100.

Sia said he hopes to use the mChip to help pregnant women in Rwanda know with certainty whether they AIDS or other sexually transmitted diseases. At this time, many cannot be diagnosed because they live too far away from a clinic or hospital with a lab. "Diagnosis of infectious diseases is very important in the developing world," Sia noted in a release. "When you're in these villages, you may have the drugs for many STDs, but you don't know who to give treatments to, so the challenge really comes down to diagnostics."

From lithography and silicon to injection molding and plastics

Microfluidic technology grew out of the semiconductor industry, utilizing photolithography of silicon. To widen their usage and lower their cost, new materials and fabrication processes have been developed, including metal etching, deposition, bonding, soft lithography, stereolithography, electroplating, injection molding, and embossing of glass, ceramics, and plastics. 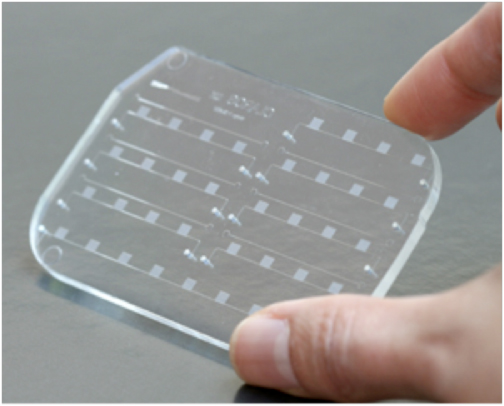 Sia published his findings in Nature Medicine with the mChips created in his lab at Columbia Engineering in collaboration with Claros Diagnostics Inc. (Woburn, MA), a venture capital-backed startup that Sia co-founded in 2004. On June 22, Claros was granted a U.S. patent for "Fluid Delivery System and Method," which it says gives the company "broad protection for the use of a storage and delivery method, solving a well-known challenge of microfluidic systems."

Claros said this critical enabling technology allows multiple reagents to be stored with automatic delivery and a high degree of control, allowing its products to undertake multiplex assays. The patent had previously been allowed in Japan, Australia, and Canada, and is in prosecution elsewhere.

Claros has already introduced products offering quantitative immunoassay blood tests, with a version of the mChip that tests for prostate cancer approved in 2010 for use in Europe. Immunoassays detect proteins as a means to test for infectious diseases, cancer, and immune diseases, among others. Historically, the complexity of these tests meant they could only be performed in large laboratories using expensive equipment and trained scientists, increasing their cost and the amount of time patients had to wait for results.