Yes, You Can Teach an Old Machine New Data-Driven Tricks 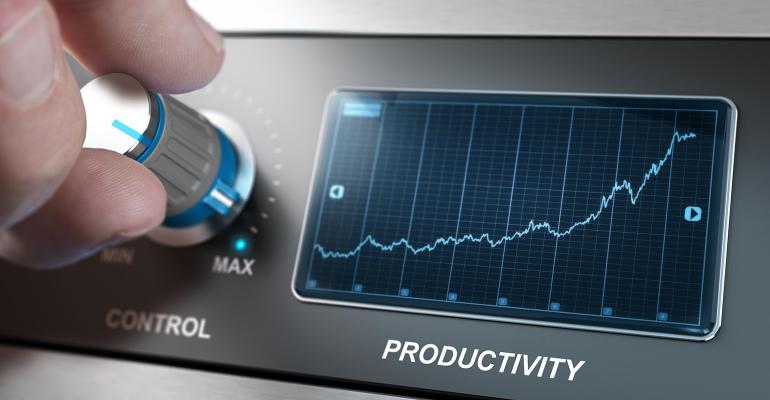 A sensor that simply clips around the power cord of plastics processing equipment harvests meaningful data that can help drive gains in productivity.

Extracting meaningful process data from machines of all ages just got a lot easier thanks to a factory operations platform that harvests information through sensors that attach to a machine’s power cord.

Current transformer (CT) sensors by Guidewheel simply “clip around the power cord of the machine like a Fitbit, without the need for any integration, and have a battery life that lasts many years,” said Guidewheel CEO and founder Lauren Dunford.

Data gathered is transferred directly to the cloud-hosted data visualization dashboard, she explained. “In cases where clients do not have ethernet or WiFi on site, the data is transferred via a nearby gateway — for example, through the cellular network.”

Sensors work with any machine that uses electricity

The sensors “measure the power draw from any machine,” Dunford explained. “They track the activity of the machine by tracking the current it is drawing, so they work the same for any machine that uses electricity, regardless of the make, model, or age.”

Guidewheel’s cloud-hosted infrastructure “is designed and managed in alignment with the best practices of multiple IT security standards” and “deploys best-in-class security measures for all elements of the system — hardware, software, and data in transit.”

“The sensors are very reliable and, once in place, provide consistent readings for many years,” Dunford noted. “Guidewheel also does heartbeat monitoring, so if there is ever an issue with the sensors we catch it quickly and alert you.” Guidewheel’s installation team helps locate the best position for each sensor.

Pretium Packaging is another satisfied customer that has reaped significant rewards with Guidewheel’s system. Pretium sought to standardize measurement of downtime across a variety of machine makes and models at its plants. Within a year, 19 Pretium plants were Guidewheel equipped, and within three months, pilot plants improved machine usage 15%.

“Guidewheel has been the missing link to get back lost production hours from our equipment,” said Pretium Packaging CEO Paul Kayser. “So much so that we’ve rapidly implemented it across our entire enterprise and have made it a cornerstone of our operation philosophy.”

Pretium has “moved from gut feelings about [the] reasons for downtime to data-driven improvements,” Dunford added. “Before Guidewheel, they thought that purchasing additional machines was the only way to improve productivity. But with real-time data, they were able to find additional capacity in their existing machines and avoid unnecessary CAPEX.”