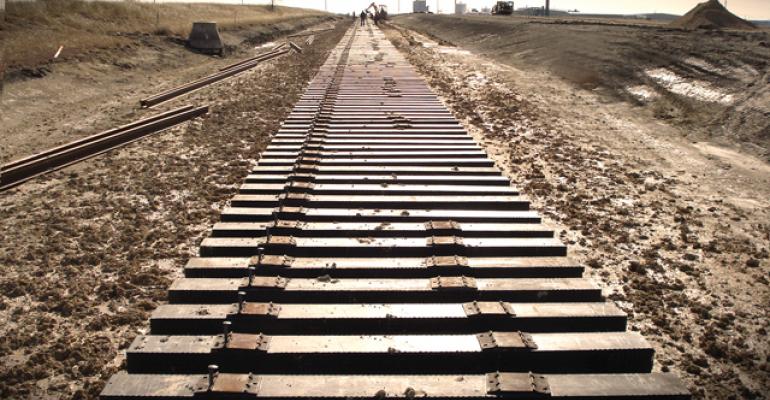 Recycling has become an extremely important part of plastics processing. Recycled material is in big demand, whether it's RPET for packaging or polyethylene for decking, fencing and railing, or used as the interior section in capstock products. IntegriCo Composites (Temple, TX), founded in 2005, recycles landfill-bound plastic—primarily polyethylene—into railroad crossties.

Recycling has become an extremely important part of plastics processing. Recycled material is in big demand, whether it's RPET for packaging or polyethylene for decking, fencing and railing, or used as the interior section in capstock products. IntegriCo Composites (Temple, TX), founded in 2005, recycles landfill-bound plastic—primarily polyethylene—into railroad crossties.

Last year, the company announced it would invest $20 million to establish a manufacturing facility near Springhill, LA, and relocate its corporate headquarters from Temple to Webster Parish. "It is a privilege to partner with Louisiana in an effort that will create jobs while simultaneously expanding IntegriCo capacity immensely," said IntegriCo CEO Scott Mack. "With our Texas facility at capacity, this effort is critical to meeting the demand of our growing client base, which includes multiple Class 1 rails, the U.S. military and myriad other customers."

According to Matt McCooe, VP of Sales and Marketing, "we did a broad search for a second site, and chose Louisiana because many of our ties go into rail lines in the southeast. Additionally, Louisiana is a very business-friendly state. They were accommodating and welcoming to us—both the state and the parish." 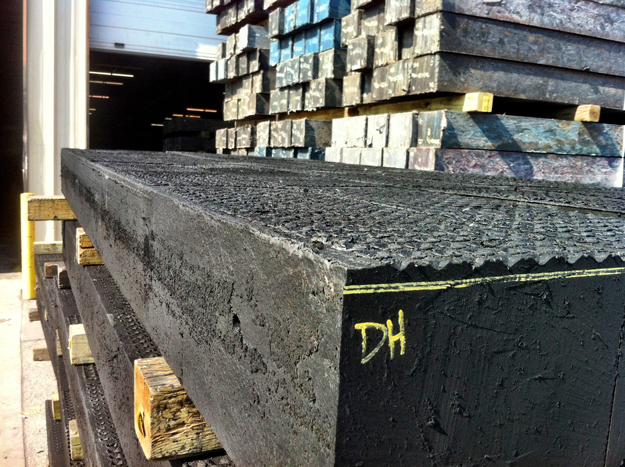 The company was able to occupy a 165,000-square-foot facility on 10 acres for expansion, and will have the capability to produce 1 million ties annually. A new Vecoplan industrial shredder has been installed to give IntegriCo the ability to grind up large recycled plastic parts that the company purchases to process in-house. The ties are formed through a patented proprietary form of compression molding.

The recycled polyethylene the company acquires is mostly postindustrial scrap obtained predominantly from toll grinding companies that have their own waste stream. "We're looking to source materials more directly from the postindustrial stream or postconsumer [sources]," said McCooe. "We need a lot more plastic and are actively seeking out and speaking with different suppliers who have recycled materials looking for a home."

McCooe noted that there is a big demand for high-density PE in the market across the country and globally. For the railroad crossties, they typically buy lower-cost plastic materials. "We can take mixed rigid materials—primarily high density—and somewhat dirty materials, as well, for our ties," McCooe said. "We can handle a lot of the plastic that others don't want. We're looking for automotive shredder residue (ASR) with high polyethylene content. We'll be buying over 50 million pounds of plastic over the next year, and we represent a long-term, consistent material buyer for suppliers."

Demand for IntegriCo's railroad ties has been growing, in large part because of environmental concerns, but also because of the cost of replacing wood ties that are destroyed by water damage and termites and other bugs that "chew up the ties," McCooe explained. "The wood ties are also treated with creosote to prevent some of the weathering issues, but creosote is a carcinogenic substance and currently isn't legal for use in anything but railroad ties and marine timber. So while we provide an environmentally sound product, we do it at a price that gives our customers a high return on their investment."

Though the life of railroad ties and crossings fluctuates based on operating conditions, the company affirms that its products are expected to last more than 50 years.

IntegriCo currently has 52 employees at the Texas facility, and the state of Louisiana is helping the company find and train employees through the Louisiana Economic Development's FastStart state workforce training program. The state's Quality Jobs program is also being leveraged. "We will have 75 employees here in Springhill to begin with, and expect to grow our workforce rapidly," McCooe said.