The year has gotten off to a busy start from a business perspective for the medical technology industry.

The year has gotten off to a busy start from a business perspective for the medical technology industry. Yesterday, PlasticsToday reported on a flurry of mergers and acquisitions so far this year, "Medtech sector remains in deal-making mood." The mood was more somber at Johnson & Johnson, which began 2016 by announcing that it would lay off 4 to 6% of its workforce, approximately 3000 people, in its struggling device division over the next two years. The cuts will affect the company's orthopedics, surgery and cardiovascular divisions, and are expected to generate annual cost savings of up to $1 billion. The question then becomes, what will J&J, the world's largest medical device company, do with this money? The Motley Fool has sketched out some possibilities. 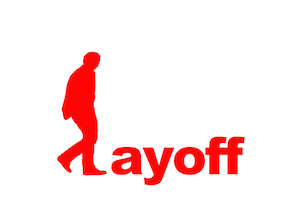 Like the medical technology industry at large, J&J is adapting to a changing business model, in which healthcare groups increasingly are the decision makers, not the physicians, when it comes to purchase planning. The emphasis is on value-based innovation, and behemoths such as J&J are not as nimble as they should be: "As competition has grown and the innovation processes used by medical device makers has shortened, it's placed downward pressure on industry giants like Johnson & Johnson," writes the Motley Fool.

J&J will use a portion of the savings generated by the layoffs to promote innovation and launch new medical devices, predicts the Motley Fool. The company stated that it intends to file for marketing approval of 30 new medical devices by the end of 2016, and it is reportedly more than half way toward that goal. "Innovation is what helps keep commoditization from truly crushing device makers' margins," writes Sean Williams on the Motley Fool website.

J&J's long-term outlook for medical devices is healthy, adds Williams, although the company and its shareholders will need to be patient.

An aging population is a solid customer base for the medical technology industry, and J&J's knee replacement products, spinal implants and even robotics have a bright future, writes Williams. "But this process is going to take time," he adds. One, two, or even three decades will pass before medical device growth is booming because of an older global population and improved access to medical care, writes Williams.

That's one view. Another analyst is betting that J&J will focus on rebuilding the profitability of its medical device business by being an "active acquirer."

Speaking with sister brand MD+DI, Danielle Antalffy, an analyst at healthcare-focused investment bank Leerink Partners, sees opportunities in the transcatheter aortic valve and mitral valve sectors. Stents and other cardiac rhythm management devices are out—J&J left the drug-eluting stent market, a technology that it pioneered, when it sold its Cordis division to Cardinal Health for $1.9 billion last year—but biosurgical and endomechanical acquisitions also would be interesting segments for the group, according to MD+DI.