When I was in Seattle for the 2012 TAPPI PLACE Conference (May 6-9; Grand Hyatt Seattle), there was an aspect of the city that stuck with me, and it wasn't the overabundance of Starbucks. All over the city, right next to Seattle's trash bins are bins for recycling and composting. But while the city offers these options for plastic packaging, a majority of people I observed just threw their waste into the trash bin.

When I was in Seattle for the 2012 TAPPI PLACE Conference (May 6-9; Grand Hyatt Seattle), there was an aspect of the city that stuck with me, and it wasn't the overabundance of Starbucks.

All over the city, right next to Seattle's trash bins are bins for recycling and composting. But while the city offers these options for plastic packaging, a majority of people I observed just threw their waste into the trash bin.

Now I'm sure people have various reasons for not utilizing the recycling or composting bins, but I can't help but guess that many people don't know which packaging can and can't be recycled, along with which ones are compostable. 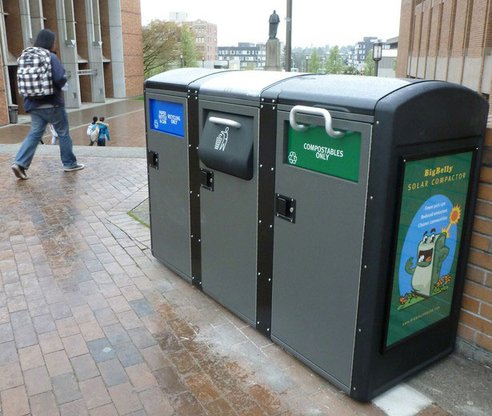 Even though communication about recycling is pretty common, according to the nonprofit GreenBlue, these messages are often vague, misleading, or just plain incorrect. As a way to resolve some of these label issues, GreenBlue and its Sustainable Packaging Coalition (SPC) arm have launched the How2Recycle Label, a voluntary recycling label initiative.

The goal of the How2Recycle Label is to reduce consumer confusion in the U.S. with a clear and consistent recycling label and corresponding website, the company stated.

Brands such as Yoplait, Esteé Lauder Companies, Sealed Air, BJ's Wholesale Club, and Ampac have agreed to use the How2Recycle Label.

"Consumers are faced with a confusing landscape of material and recycling messages that are often inconsistent or misleading," said GreenBlue senior manager Anne Bedarf, who has led development of the label for the SPC. "We believe this label will help consumers and companies more effectively communicate recyclability and contribute to more successful resource recovery."

The How2Recycle Label is based on the On-Pack Recycling Label (OPRL) system in the U.K. and was developed through more than three years of research, consumer testing, and a national effort to collect updated recyclability data in conjunction with industry partners. 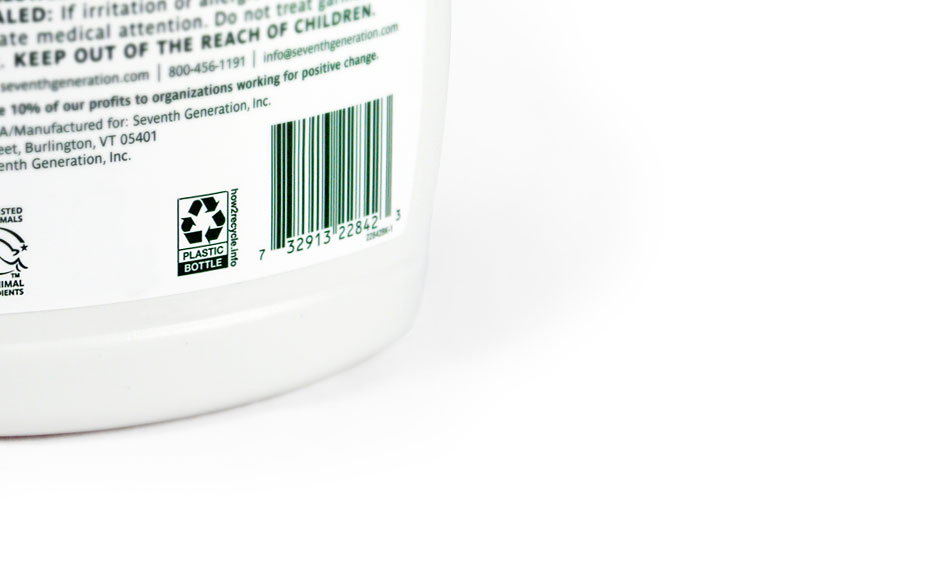 With this new system, companies can customize package labels by utilizing up to four available options (with associated icons) including: Widely Recycled, Limited Recycling/Check Locally, Not Yet Recycled, and a Store Drop-off label for bags, wraps and other films accepted at retail locations. Each component of a package will be labeled.

For example, Sealed Air's fill-air inflatable packaging and Ampac's no. 2 pouch will be the first to use the Store Drop-off label. General Mills' Yoplait yogurt brand on its fridge pack and Esteé Lauder Companies' Aveda brand on its acne pads will use a combination of icons.

The label is already available in the marketplace on Seventh Generation's 180 oz. detergent bottle and 22 oz. pre-wash spray, in addition to more than 50 REI products including Novara bike accessories and multi-towels. The label will soon appear on such products as ConAgra's Orville Redenbacher popcorn, Microsoft accessories, and a variety of Kirkland brand products from Costco Wholesale.

Many other labels and recycling symbols do already exist on packaging such as Resin Identification Codes (RICs), which indicate the type of plastic the item is made of, and are commonly used to tell consumers what to recycle.

According to GreenBlue, RICs were "never intended to be a consumer communication tool."

"Multiple studies show the RICs to be confusing; consumers think they mean anything from recycled content to degree of popularity," the association stated. "The How2Recycle Label's intent is to replace the RICs as a consumer communication and education tool, but not replace them totally."

Compostability is not included in the How2Recycle Label. GreenBlue stated this is because industrial composting is not available to the majority of communities, and also because the Biodegradable Products Institute/US Composting Council has an existing labeling system based on ASTM standards. For example, if a bio-based, compostable plastic were to carry the How2Recycle Label, it would feature a "Not Yet Recycled" label and ideally be placed next to the certified compostable label.

Time will tell if these labels will help ease some of the confusion with recycling. Remember, the national recycling rates in the U.S. seem to remain at about 34% so we do have a long way to go in terms of increasing that number.

What are your thoughts about these recycling labels? Could it help increase recycling rates?