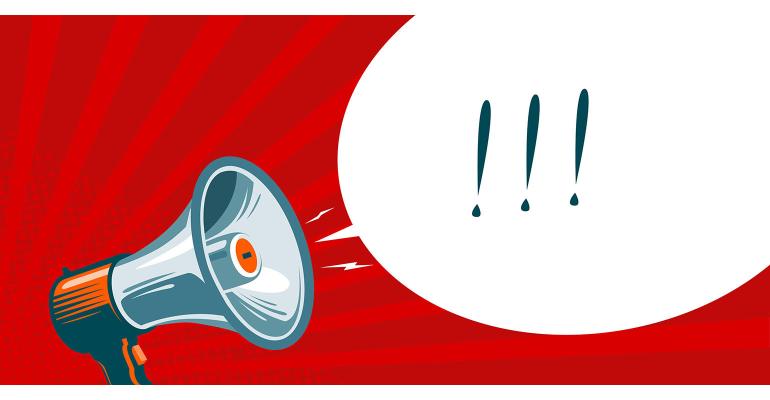 Proposed rule curtailing the use of plastics by the federal government will have unintended environmental consequences, caution the American Chemistry Council (ACC) and Plastics Industry Association (PLASTICS).

Well, the General Services Administration (GSA) asked for it. The agency, which procures a range of supplies and services for the federal government, sought public feedback when it issued an advance notice in July of its intention to curtail the use of plastics. Now, it’s getting an earful from the Plastics Industry Association (PLASTICS) and American Chemistry Council (ACC). Both organizations have submitted comments to the GSA that stress the negative environmental effects and increased costs to taxpayers that a ban on procurement of single-use plastics would cause.

To recap: The GSA said in its advance notice of proposed rule making published in the Federal Register on July 7, 2022, that it is seeking public feedback “pertaining to the use of plastic consumed in both packaging and shipping, as well as other single-use plastics for which the agency contracts.” The rationale for this initiative is an executive order signed by President Biden that calls for “robust climate action.”

In its comments, the ACC pointed out the unintended consequences of this proposal, including an increase in greenhouse gas emissions and the quantity of material going to landfills. Several studies — the most recent of which was produced by McKinsey & Co. — have shown that plastics have less of an impact on greenhouse gas emissions than most alternative materials, when you factor in a comprehensive life-cycle analysis. ACA’s comment also noted plastic packaging’s role in protecting and preserving food and, thus, reducing food waste.

The initiative also would increase costs for the federal government. In its comments, PLASTICS cited numerous examples of the potential rule’s impact on consumers, businesses, and the broader economy. “This proposal would . . . cost taxpayers millions and millions of dollars,” said Matt Seaholm, Plastics President and CEO, in a news release announcing the filing of comments.

Both organizations stressed their willingness to collaborate with the Biden administration on finding effective, science-based ways to build a circular economy.

“Our industry is investing billions of dollars to recycle more plastic waste in the US,” said Seaholm. “We would welcome the opportunity to collaborate with the administration to develop effective recycling solutions that reduce plastic waste through smart investments in infrastructure, technology, and education.”

The ACC noted that its Plastics Division members were among the first to set goals for all plastic packaging in the United States to be reused, recycled, or recovered by 2040 and for all US plastic packaging to be recyclable or recoverable by 2030. “Achieving these goals will require industry, manufacturers, brands and retailers, recyclers, and waste haulers, as well as citizens, communities, non-profits, academics, and federal, state, and local governments, to come together to support policies and programs to increase the supply of and demand for recycled materials and create the circular economy we all want,” said the ACC.

The GSA’s proposed rule won't get us there, in the view of these organizations.

Why the Plastics Industry Should Embrace Carbon Accounting
Sep 30, 2022